This weekend, Bob turns 10 years old. A momentous occasion, for sure--why haven't I been in the mood to celebrate?

Aside from it being tough to get into party-planning a for someone who has acted anything but party-worthy...parties and Bob don't mix. 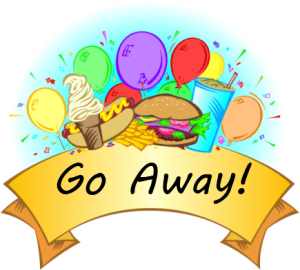 Bob (whose diagnoses include bipolar disorder and ADHD) has problems with any situation outside the norm. Holidays and birthday parties quickly become disastrous in his presence. I have a large family and our gatherings tend toward chaos. We're used to it. Bob is not.

Traditionally, we've celebrated "BobDay" with a hot dog roast at our house, with mixed results. Last year, I splurged on a party at a well-known pizza-and-games franchise. It went well, from a Bob perspective--even though the venue was noisy and chaotic, he was more or less able to move at his own speed (high) and do his own thing with little human interaction.

With money being tighter this year, I'd suggested keeping the celebration low-key, perhaps a day trip and dinner at his favorite restaurant. He wasn't interested and insisted on the traditional hot dog roast.

Within 30 minutes of the party's start, I found Bob in our family room watching television--alone. I encouraged him to come outside since it was, after all, his party. In retrospect, I probably should have let him stay put.

He was argumentative and hateful most of the day. He did manage to say "thank you" (with prompting) while opening his gifts, but that was the extent of his courtesies. When I told him I'd forgotten marshmallows and wouldn't be going out to get some, he burst into tears and told me thanks for "ruining my party." When his uncle told him to come inside per my husband's instruction, Bob responded with hateful remarks and lewd gestures. 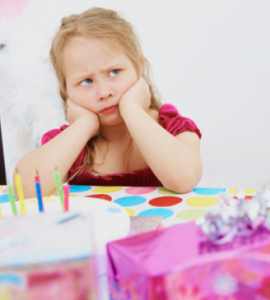 When you have children, you want their childhoods to include all the best things you remember from your own--including holiday and birthday traditions. When your child lives with psychiatric illness, those traditions may seem possible when they really aren't. Bob appears capable of handling a family gathering for a few hours, but he isn't. Slowly but surely, I'm making that realization and learning not all traditions can be kept.

One of the hardest parts of Life With Bob has been letting go of the child I thought I had and accepting the one I have. Big traditional family birthday parties are part of that. It's sad he can't have the parties I enjoyed so much--for me. If they're miserable for him, what's the point?

We'll keep the rest of his birthdays on the tame side. I can save the big family parties for myself.

Hi Angela
I have come to similar realisations with my boy (14) over the years. He was diagnosed with Asperger's Syndrome at 8. I sympathise. Sometimes I have to take a step back to realise how much we control his environment to minimise his stress and now that he is much calmer I have to force myself to let go a little so that he can grow.
However at 10 his environment had to be monitored and constantly adjusted if family life was to stay sane. At 11 I removed him from school because it became evident that that environment was just not controlled enough.
Unfortunately big gatherings can be a nightmare I feel for you. I am interested that your son and Susan M's child have been diagnosed with Bi-polar. I have not heard of children being given this diagnosis before. It is possibly a difference in the proceedures between the USA and Australia or just that I don't get out enough.
Jane

Holidays and special days are so different with a mentally ill child, it is difficult for others to understand. We try to downplay these days as much as possible, I have gotten away from even decorating the house for holidays and special days. I am a nurse so I frequently volunteer to work holidays, this gives us an excuse to miss the big, chaotic family gatherings that always end poorly for my husband, my mentally ill daughter, and me. Thank you for this (and all) posts. It's good to know I am not alone.

I'm glad you came across my blog. My daughter doesn't do birthday parties, either. Frankly, my dear, she could give a damn. (ha, ha.) As long as her routine is undisturbed, she doesn't care about anything else.
My thoughts are with you, and I hope you can find some comfort in writing, and knowing that others know a little about what you go through.

The more I read of your Life With Bob, the more I am convinced that we lead parallel lives. Thank you for your perspective and sharing of your world with us. I feel so alone in this journey most of the time, then I read your blog! Our youngest (9yrs old) was diagnosed with bi-polar, ADHD and ODD. We avoid birthday parties and large (well, all) gatherings like the plague. Best wishes and thanks, again, for sharing.