Please Stop Using the Borderline Diagnosis as an Insult 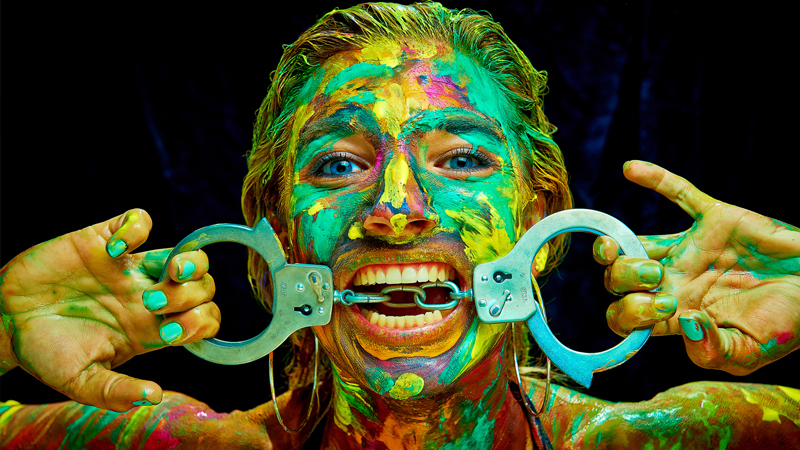 I need people to stop using the borderline diagnosis as an insult. As someone who writes primarily about mental health, it’s easy for people to figure out that I’ve been diagnosed with borderline personality disorder (BPD) via a quick Google search. Part of me is relieved that it’s in the open – it frees me of the shame bestowed by secrecy and saves me from having to explain myself to people. But the other part of me worries that people who learn about my diagnosis will pigeonhole me based on their own misunderstandings of what BPD entails (Reclaiming Borderline to Reduce Stigma).

An Understanding of the Borderline Personality Disorder Diagnosis

Here are a few examples of things people have said either to my face, behind my back, or about my friends in regards to BPD:

If you take anything away from this article, let it be this: most people with BPD either experienced extensive childhood trauma or grew up in a deeply invalidating environment.

My personal research and experiences have led me to believe that borderline personality disorder is not a disease, but a cluster of symptoms closely resembling those of complex posttraumatic stress disorder. In her groundbreaking book, Trauma and Recovery, Judith Herman writes that:

What Happens When We Use Borderline As An Insult

Not everyone with BPD was abused or assaulted in early childhood. Invalidation or familial instability coupled with biological sensitivity also result in BPD. Still, the vast majority of sufferers are trauma survivors, which means dismissing someone based on his or her BPD diagnosis usually says, “I don’t care about your trauma history. All I know is that you’re acting crazy and I don’t want to deal with it.”

Pigeonholing borderline sufferers also increases the likelihood of discrediting reasonable reactions to certain events (Letting Someone with Mental Illness Be Upset). If someone with BPD is upset, people often attribute their very real feelings to the disorder, saying things like, “You’re acting like this because of the BPD.”

Actually, I’m acting like this because I am a human being. Sure, I’m intense sometimes, but not everything I say, do, think, or feel is a manifestation of BPD. And even if my reaction to something was symptomatic of BPD, it wasn't any less real – it was just different from what most people are used to.

If you can’t tolerate me based on my emotional intensity, that’s fine, but using my borderline diagnosis to insult me suggests ignorance and intolerance on your part (What Is Stigma?). Do you think I enjoy exhibiting symptoms of a personality disorder? Do you think I thrive off these intense emotional reactions that end up scaring my loved ones away? Trust me, if BPD sufferers had a choice, most would trade in their diagnoses for “normalcy” in a heartbeat.

The world will someday be ready for us, borderline friends.

Borderline Personality Disorder is the most difficult to understand and diagnose mental illnesses. As a consequence there is little awareness of its existence in the general public. If there were greater awareness, more resources would be brought to the table to help these people. I believe the biggest problem is its name. "Borderline" means nothing in helping us understand the condition. I have proposed that we change the name to Faultfinding Personality Disorder based on the most important diagnostic criterion - chronic finding of fault with themselves and others due to their black-and-white thinking which leads to disturbed interpersonal relationships. To back this up I wrote the book "Faultfinders: The impact of borderline personality disorder." http://www.barnesandnoble.com/w/faultfinders-mark-osterloh/1121903488?ean=9780986150913 I explained the condition using examples of numerous famous people to make the symptoms memorable. I would be interested to hear what others think about a possible name change.

Oh Emily! I can so identify with you - with everything you talk about here. Thank you for standing up and talking so freely and writing about it. I was diagnosed with features of BPD in November of last year and have gone through much learning to deal with it - the symptoms and the whole idea of having a disorder to which such a lot of shame is attached. As a person who has live with bipolar type 1 disorder for fifty years and written extensively about mental illness and the need to cut through the stigma (in the process trying to encourage and inspire others dealing with mental health issues), I now find myself with a whole new challenge - trying to cut through the stigma attached to BPD. (Sorry for the run-on sentence - I'm feeling excited to be talking to you. I started a new blog last month and hope you'll visit sometime. It's at http://marjabergen.com
Hope we can join together in the battle to raise awareness.

I have yet to find the positive aspects of being diagnosed with Borderline personality disorder. Along with that, I also have ptsd, severe depression, anxiety & panic attacks as well as being clean & sober for a total of six days. I want to crawl out of my own skin. I'm currently seeing a specialist for DBT but if anyone has anything else they've tried with success, please feel free to share.

When I stop fighting against the current, things get easier for me. Accepting that there are certain parts of myself that don't fit within the norm allows space for things that make me feel strong and worthy on my own terms. The applicable DBT skill would be radical acceptance. If you can come to terms with your limitations, you can then start to embrace areas in which you excel.
Easier said than done, I know, but take my word for it: you are lovable, deserving, and whole just as you are.
Stay diligent with DBT. If you aren't in a group, I would suggest joining one and doing ALL of the homework assigned each week and then some. A lot of DBT therapists allow you to call them throughout the week. Take advantage of that!
And congrats on one week clean and sober. That's huge! Sobriety has been essential for my process as well. It gets easier every day. When you're crawling out of your skin, call a friend, head to an animal shelter and spend time with the dogs or cats, pick up an adult coloring book, watch some cartoons, take a walk -- use those DBT distraction skills until the cravings pass.
Above all, don't lose hope.

I've been a nurse for 14 years. It's widely accepted in the medical field that those with BPD can be very difficult to work with. Most of us would choose a schizophrenic delusional patient over caring for a borderline. Since there is a higher incident of drug addiction in this population you can imagine the the level of drug seeking behaviors that commonly come with these patients. Working with "crazy" pts is nothing out of the ordinary for us. We get patients experiencing psychosis, head injuries and dementia (I've been attacked by more than one Parkinson's patient). I'd rather take on a confused potentially violent dementia patient who is painting the walls with their own feces than a manipulative attention seeking Borderline. These patients are emotionally exhausting. They are the ones who threaten to sue because they aren't getting the narcotics they want and are the ones known as divas because nothing is up to their standards. It doesn't matter if they are homeless and covered in scabies and lice they will find things wrong with their room or food or care. It's the lack of self awareness and inability to take responsibility for themselves that I find incredible, there is always someone to blame for their problems. I've met some really great people with BPD who have put in the time to seek therapy and who have done the work to be able to function as a "normal" person. I do realize that this is a very real diagnosis and that these people are in pain, I have seen the most shocking displays of self mutilation from this patient population. I've read quite a bit of educational material on this diagnosis. However, I have found very little information on how to manage their care and interact with them, setting boundaries seem almost imposible. I've had patients call 911 from their hospital room because the thermostat wasn't right. I'd love some advise on how to interact with the BPD. I want to be able to provide the prescribed care without having to play games, such as "I won't let you take my vital signs until you give me dilaudid."

IFf you really do want to be helpful, a better person and nurse, and based on what you wrote above, you would greatly benefit from taking the DBT course yourself. Clearly the four areas of the program including emotional tolerance would genuinely help you in handling your job better, as well as benefitting all those you are hoping to treat, and treat well. If you want to be able to handle all of your patients, with borderline symptoms or other symptoms as a good nurse would start with the person as a person. A healthcare practitioner with ethics and training doesn't call someone "a borderline" or "schizo'", they treat them as a person currently presenting with x,y,z, symptoms.

Firstly, as a nurse, you of all people should know that a mental illness can not be diagnosed while a patient is under the influence of or withdrawing from MASs. Drug-seekers behave like drug-seekers, regardless of their diagnosis. Someone with no underlying mental illness besides addiction will display the same patterns as a severely afflicted person with BPD (notice how I said “person with BPD,” not “a borderline.” You wouldn’t call someone a “cancer” or an “HIV”) when attempting to get drugs they don’t need from a doctor.
How many of these people you’re talking about were actually diagnosed by a mental health professional as opposed to you personally diagnosing them? Is it possible you’re assuming people with textbook drug-seeking behaviors all have BPD?
Most of us want to blend quietly into the background, scared that we’ll do or say something wrong. Cut out all of the drug-seekers, and if these people you encountered truly are suffering from BPD and have all displayed the same distress response (I.e., finding something wrong with everything in the room), something must have triggered it; we don’t just walk around all fired up all the time. The common denominator seems to be you. Your prejudice may be affecting your attitude and ability to work competently with these patients, and if anyone could pick up on (and respond in-turn to) your prejudice, it would be someone with BPD. Maybe choose a different field if you can’t act like a professional.
Having said that, I realize your comment is quite old and I really hope you’ve been educated on the topic and that my response is something you now already know.

You do have to find the positives in your life. There are positives out there. I don't advertise my issues with anyone anymore. It just never got me anywhere. I just live with it. Thanks for your perspective.