How Does Romantic Fantasization Happen in Borderline Personality Disorder? 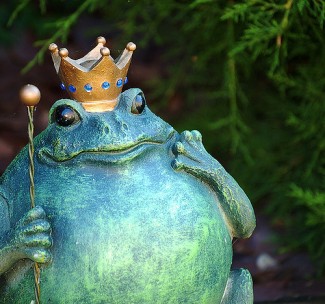 I fell in love again last month. I was in early sobriety and living an isolated life in the suburbs of Chicago. He was an old friend in a similar situation, but 2,000 miles away. Within 24 hours of talking to him, I felt the urgent feeling in my gut signaling the onset of fantastical love. The distance allowed for it. I had his photos, his voice on the other end of the phone, and an image of the man I needed him to be.

I drew out the dopamine rush for as long as I could. I wrote poems, songs, and essays for him. I heard the words, “I love you” swirling through my head. I wanted to be engulfed by him.

And then, two weeks later, I lost interest. The man who unsettled my stomach and invaded my dreams revealed himself to be an imperfect being.

Imperfection wasn’t an option. As someone who still deals with the remnants of borderline personality disorder, my instinctive reaction is to divide humans into distinct categories. Romantic partners are either heroic or hopeless. I crave this predictability because unpredictable people are capable of hurting me. Unfortunately, my need to separate human beings into impossible categories means I’m prone to romantic fantasization.

My pattern is to fall for people rapidly. Within seconds of meeting, I cast men in predetermined molds and place them on distant pedestals. Romanticization has pain-relieving qualities. A detailed enough fantasy can be as effective as drugs and alcohol in soothing uncomfortable emotions. Unfortunately, the endorphins eventually drain and we plummet back to reality.

Breaking the Pattern of Romantic Fantasization in Borderline Personality Disorder

My solution is to build awareness around harmful relationship patterns. Dialectical behavioral therapy (DBT) encourages chain analyses in which you name the problem, detail the sequence of events that led to the problem, and then list consequences and potential solutions (Addiction Relapse Prevention: Play That Tape to the End). Chain analyses keep borderline patients from jumping on the impulsivity train. They expose us to our personal red flags, point to where we went wrong, and help us recognize potential repetitions in problematic behavior.

Like my last lover, I am imperfect being. Things that come naturally to others -- like navigating interpersonal relationships -- are especially difficult for me. While my borderline self turns to shame in the aftermath of mistakes, my recovering self knows that mistakes are opportunities for change. Shame begets stagnation. Self-compassion allows for movement. Today, I choose to administer extra doses of self-love and approach the world with increased awareness.

About Emily Eveland, Author of 'More Than Borderline'
Please Stop Using the Borderline Diagnosis as an Insult