What Ever Happened to Multiple Personality Disorder?

I was sitting in a group therapy session once when the leader succinctly described the perception those of us with multiple personalities have of ourselves as groups of entirely separate people by writing the following on the white board: Me/Not Me. This is me. That is not me. For instance, I am a writer. But if another member of my system were assigned the task of writing this blog post, we would see how the Multiple Personality Disorder label came about. Some might have done a passable job. Others would have struggled mightily only to ultimately produce a choppy, thoroughly unimpressive piece of work. I am me. They are not me. 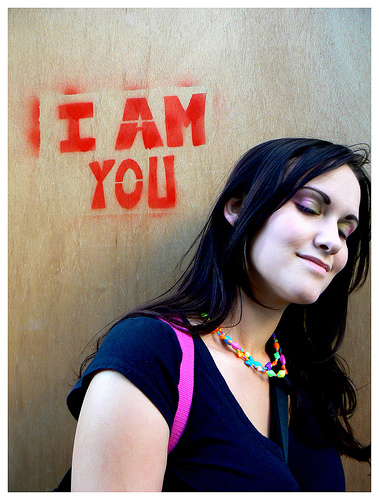 I Don't Have Multiple Personality Disorder

In the United States, Multiple Personality Disorder no longer exists. The American Psychiatric Association renamed it Dissociative Identity Disorder in the fourth edition of the Diagnostic and Statistical Manual of Mental Disorder (DSM), published in 1994. Sixteen years later, this defunct moniker is still hanging around. Tell someone you have Dissociative Identity Disorder and they likely won't know what you're talking about. Explain by saying you have multiple personalities and watch as recognition dawns. I'd like to see that reversed one of these days and I'll tell you why.

Multiple Personality Disorder Is A Misnomer

It isn't entirely accurate to say I have multiple personalities. That implies something that just isn't true. Namely, that I have lots of people living in my body. But in fact, no, there's just the one. That one person has an identity so severely fragmented that she operates as separate, unique people. Often referred to as "alters," these pieces of parceled out identity are more aptly described as personality-states than personalities.

... alters are dissociated parts of the self that represent memories, emotions, and ways of relating. They are able to function independently from each other and are also referred to as "parts" because they are parts of the individual's overall personality. - The Dissociative Identity Disorder Sourcebook, Deborah Haddock 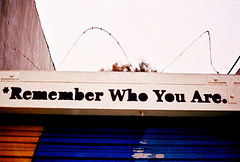 What Multiple Personality Disorder Means to Me

These alters, parts, or personality-states are very real. They are no more a delusion than the various facets of anyone's identity. But the conviction that they are different people is part of the disorder. It certainly doesn't feel like it, but those members of my system who couldn't write a decent blog post no matter how hard they tried are me. And I am them. Intellectually, I know that has to be true, though it isn't at all my (and surely not their) experience. It therefore seems to me that the label Multiple Personality Disorder very appropriately names how the disorder feels, but not what the disorder is. It's imperative, I think, for those of us with Dissociative Identity Disorder to remember that though these various personality-states seem foreign and are often inaccessible, they are all manifestations of the same mind. Though we are many, we are also one.

Let's coin a new term.....just simply "Dissociative". Sort of like Alcoholic. Alcoholics say, "I am a recovering alcoholic" and we all know exactly what that means -- from their past to their current status. Recovering assumes they are coping quite well. I would like to say: "I am a recovering Dissociative Personality" Doesn't mean I may not fall off the wagon if too many triggers are present, but I know how to maneuver through the voices, where to find help and "get back to driving the bus."

Hi Paul,
Thanks for your comment.
"I will tell you why I like the term multiple personality. Because it is understandable."
Ah see, I disagree with you there. I think the term is a very large part of the reason why DID is still perceived by so many as mysterious and exotic. To most people, the idea of having more than one personality is otherworldly and impossible to understand. I think it's a mistake to refer to DID with a label that reinforces that perception. I think MPD accomplishes exactly that.
The way I look at it, MPD labels the experience, not the nature of the disorder. We experience ourselves as having many identities. That experience is very real. But ultimately, we (and by that I mean people with DID) are severely fragmented individuals, not groups of personalities. If there were people who genuinely believed their hands were neon pink, it wouldn't make any kind of sense to call that phenomena "NPH - Neon Pink Hands." In the same way, I don't believe it's helpful or sensible to call DID Multiple Personality Disorder. We don't have multiple personalities in the literal sense - we have identities that are so severely fractured that we cannot experience ourselves in a cohesive way.

Hi Holly,
I haven`t heard the term Multiple Personality Response before, but I really like it. Because I feel that the term "disorder" implies an implicit lack of functioning. And whilst this is definitely true of some people at different places along their journey where they have no interconnectedness yet within their systems, have amnesia and disconnection in their lives, it is equally not true for others who feel they have gained co-consciousness and co-operation.
When someones life is in total disarray, and they are in huge psychic pain "disorder" fits, and they might feel Response mitigates the dire nature of their circumstances. Whereas for those who have achieved co-consciousness and co-operation the word disorder may have a stigma to it they no longer feel is justified. Also the word response gives one the impression something is more fluid and changeable. Whereas disorder sounds like something is broken and in someways more fixed. Because something is either broken or fixed. Quite polarized concepts.
Also the term DID to me refers to how splintering occurs during ones formative years through a process of dissociation. Whereas multiple personality speaks to ones subjective experience of moving through the world this way.
In a sense dissociation is the beginning, with multiple personality states the response. And disorder and disconnectedness or co-consciousness and co-operation potential outcomes
These are some of my thoughts about the topic, but I am well aware there are no right or wrong answers, just opinions. And as we learn more and more as individuals these often change too.

Hi Kerri,
" ... for those who have achieved co-consciousness and co-operation the word disorder may have a stigma to it they no longer feel is justified."
That's a really good point. DID is still very much a disorder for me. Still, it's less of one than it was a few years ago. And after reading your comment I realized that there will (hopefully) come a day when Dissociative Identity Disorder is no longer disruptive and that when that day comes, I doubt I'll be too pleased about the word "disorder."
I suppose my expectation has always been that I will have DID until I integrate. I'll have a disorder, then I won't anymore. But that's a little silly of me, I now see. It's not like I'll go to bed one night with DID and wake up the next morning without it. These things happen gradually and incrementally. And somewhere along that road towards integration, DID will most likely be far easier to manage and much less disordered.
"Also the term DID to me refers to how splintering occurs during ones formative years through a process of dissociation. Whereas multiple personality speaks to ones subjective experience of moving through the world this way."
That is exactly how I see it. I prefer Dissociative Identity Disorder because it speaks to what specific functioning is off kilter in my brain. Dissociation is why we experience ourselves as many people. It's why we can't remember things or access important information. I also like DID because it speaks to an overarching oneness, rather than an intrinsic separateness.
Thank you for your insightful comment, Kerri.

Holly-
This is an amazing post. As I sat her reading it I recalled a time in my life when a specific part showed up in my first "real" therapist's office and insisted that he was not "me". With time and a lot of work a relationship and even a friendship has been formed between the two of us. Now most times he is co conscious if not co present with me. He is me and I am him.
Dana

Hi Dana,
It's such an interesting paradox. I can understand why there was a time when the experts believed the way to treat Dissociative Identity Disorder was to refuse to acknowledge alters. I get the logic behind it - "you're all one person and we're not going to reinforce the dissociation by treating you otherwise." But of course that won't be effective any more than pretending some facet of anyone's identity doesn't exist. It's one of those things that, once you understand it, once you see it clearly for what it is, it's obvious. I am me, she is not me, and yet we're one person. But until you can wrap your brain around it, it's impossible to comprehend.

I sometimes wonder if "disorder" is the right word to use.
Speaking for myself, as I struggle to heal I've been previously diagnosed as having schizophrenia (a disorder), borderline personality disorder, bipolar disorder etc., seemingly in an attempt to label me with something that can be treated with medication. (It's not helped yet...)
But honestly, regardless of my diagnoses I just don't like the word "disorder". To me the word implies there's something un-natural about me that must be fixed.
When I evaluate myself I certainly see problems in my work, my personal life, etc., and that's the main reason I keep coming back to therapy. I best describe my issues as feeling "broken"; and I certainly realize I'm different... but being labeled as someone with a "disorder" makes me feel less-valued than someone without one. If that makes any sense...
I have a blanket that I'm using right now. It's tattered and torn in a few spots, but it's still a perfectly-usable blanket. If I were to value it less by labeling it negatively, that would seem a shame.
When I consider everything I've been through in my life it's a wonder I function as well as I do (which isn't all that well, but hey, nobody's perfect...). I like to think of myself as a "survivor". It has a better connotation than "having a disorder".
Then again, maybe it's just me. I don't think I'm alone in finding "disorder" to have a negative connotation... or am I?

Hi Glen,
No, many people are uncomfortable with the word "disorder," some professionals even. I once saw a trauma specialist who took issue with the diagnosis, not because she didn't believe it was real but because she believed it was inappropriate and demeaning to refer to something that developed as adaptive functioning as a mental illness. I've also known people with Dissociative Identity Disorder who call it "Dissociative Identity Response." So you're certainly not alone there.
Personally, I don't think there's any way around the fact that, in adulthood, DID is most certainly a disorder. What began as adaptive functioning in childhood becomes maladaptive in adulthood. And while I suppose that's technically negative, it doesn't say anything about my value as a human being. Sometimes it feels that way, sometimes I feel "less than" because of Dissociative Identity Disorder. But intellectually I know I'm not. And for me it wouldn't be at all helpful to re-conceptualize DID as a non-disorder because with regard to my life, that wouldn't be honest.
Even so, I understand where you're coming from. Rest assured that many people do.