Teenagers stand on the brink of discovering who they are. It's a magical time, full of opportunity and promise. Teens have the advantage of constant contact with their peers and adult role models via personal phones and the Internet's vast array of video chat, picture sharing, social networking, and all the rest. Teens are connected in ways we couldn't be at their age. Like so many other great possibilities, this connectedness can be both a blessing and a curse.

As teenagers embark on the voyage of "discovering themselves", they do so with the burden of inexperience. Parents naturally limit their children's exposure to different types of people by deciding who is a family friend and who is allowed to visit for a play date. What good parent do you know would introduce an abuser to their child "for educational purposes only"? What abusive parent would allow people with differing viewpoints (that could lessen their control over the child) into their home?

Sheltered in this way for more than a decade, teens step out into the world vaguely thinking everyone is similar to the people they've known. Even when parents warn their children that not everyone is a "good" person, the lessons of human nature are, by and large, learned through experience alone. 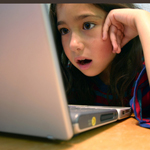 The digital age teaches these lessons swiftly and cruelly. Pressured into sexting nude or semi-nude pictures, teens may find those images posted to public sites. Teens may text or email the whole truth of a sexual experience to a BFF, only to find their confession forwarded to multiple peers (perhaps even altered to a less truthful representation). Teens could open their facebook page and be greeted by lies and rumors posted by frenemies, commented on by multiple people in their social network.

As with bullying in the days of yore, teens are shamed by the fact that they're bullied and harassed. They're unlikely to go to the adults they admire for help because doing so reveals, in the victim's mind, that they are less than what their loved ones expect. Yes, your teens do care about what you think of them even if their teenage rebellion is causing a rift in your relationship.

You see, teens understand the concept that their behavior must be modified to different situations. Their behavior with friends is different than when they meet a friend's parent. They know that church potlucks require a different standard of etiquette than a family barbeque.

The problem underlying the concept of different behavior in different situations is that teens do not yet understand that underneath all of their "faces" lies the truth of who they are - their own identity is not developed fully, and they feel that all of the "faces" are merely an act. At this point in their lives, they are acting, and it feels like a scam.

Adults know that where ever we go, there we are. Although we exhibit modified versions of ourselves depending on the situation, we're secure in knowing our boundaries and that we will not stand for our values to be violated.

Teens know no such thing. They're more likely to do things that "go against them" than adults, and today, those mistakes can be transmitted instantly and publicly with devastating effect.

What Can You Do To Help?

What these signs tell me is to pay attention to how often your teen uses their phone, and pay attention to your teen's expression when s/he uses the phone. Visit your teen's social networking sites to keep tabs on what the kids are saying. Watch out for comments made by your teen that you think your child would "never" post (could be a malicious person doing it or your teen - either way, inappropriate content needs to be addressed).

One of the most powerful statements made on LoveIsRespect's video is: "a child can be next to a parent in a car and be in torment because of what someone is texting to them."

Protect your teen as best you can, and remind them that wherever they go, there they are. Help them to build a strong identity.