After-Effects of Verbal Abuse: The Hateful Voice in My Head 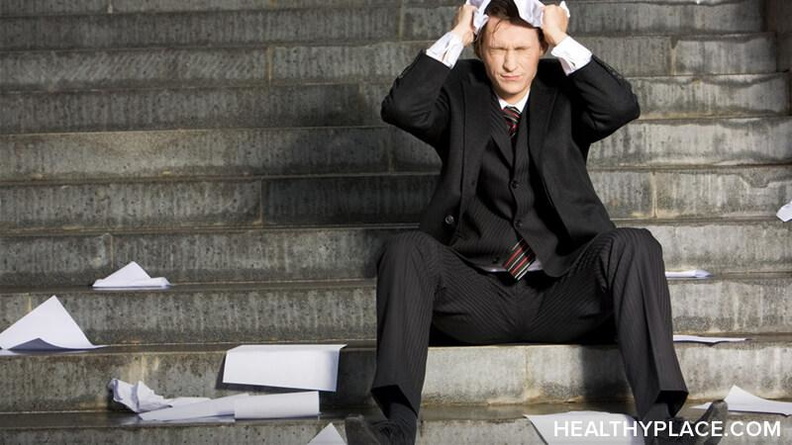 His statements were partly true, but they could be partly true of anyone. Sometimes we are unrealistic, incapable, depressed, and spoiled. But those situations do not always result in delusions, complete dependency, failure, or feelings of entitlement.

People have the tendency to balance out between the extremes. We are capable of pulling back before going over the edge. I never was the perpetually weak person he wanted to see, but I was becoming someone less than myself.

Separating Myself from the After-Effects of Verbal Abuse

I wish I could magically erase the ideas he implanted about me from my mind. I would like to be able to start truly fresh and with a mind that held positive thoughts about me and my place in this world. But half my life I've willingly considered the idea that I may not be who I think I am.

I've considered that my motives were not what I thought them to be. I've allowed him to undermine, diminish, and harass my perceptions. In my desire to be a "better person" I gave more than equal weight to his opinions of me and spent too much time thinking he might be right about me. These thoughts that I willingly entertained (because I loved him and thought he was looking out for me) have become a piece of who I am right now.

I don't know how long it will take to extricate his ideas from my own. But for now, I try to recognize his words when they pop into my mind as being foreign to my soul. When I start thinking that I am a failure, I notice anxiety in my body. I feel my heart rate hasten and my tear ducts start to burn. Those biological responses are my clue that "something isn't right" and I realize that I am thinking that I am a failure before I even try and THAT is his voice I'm hearing.

Listening to Me Fights the After-Effects of Verbal Abuse

My voice comes from a place of calm. My voice encourages me to try and tells me that if I fail it is not going to kill me, but if I don't try then I may as well lie down on the floor and not get up again. My voice tells me that I am fine right now, and that is what matters. My voice centers me and causes my actions to come from a place of strength. When I follow my voice, I know there is no failure, only learning, and an education never hurt anyone!

His words are slowly falling away. For every day that I don't fall to the floor under the weight of my fears, I gain a truer sense of the woman I am. Just as I learned the habit of ignoring my voice in favor of his, I am re-learning how to listen to myself above all others. Soon, the after-effects of the verbal will disappear like the sound at the end of a whisper.

When You Love Someone Who Is Abused
How to Get Revenge on Your Abuser by Making Him Feel Like You Do
mary
January, 31 2018 at 10:32 am

I have found that trusting the wrong people will try to ruin you. The only opinion that matters is God's. God doesn't make junk and He is a healer. It helps to speak with nonjudgmental people who have compassion and empathy. If we can believe in Gods unconditional love, it does help. I am not talking about a religious God, I am talking about the Great I Am. There is a video on u tube called love letter from God. The abusers will have to answer to the almighty God who hates abuse. God is not abusive and wants, us, His children happy and whole! Try to keep faith. Find a good friend, an understanding counselor, etc. In other words, a safe person. There is a book called safe people that can help discern who is safe.

Well said, Kelly!! And me too, me too. (note to self: catch up on my blogging this weekend, LOL)