Are There Symptoms of PTSD Missing from the DSM-5?

Current Recognized Symptoms of PTSD in the DSM-5

As I’ve written about before, there are four types of symptoms recognized in the DSM-5. They are:

However, some feel that these symptom types don’t fully capture everything a person with PTSD (including combat PTSD) may experience.

Other Symptom Types for PTSD 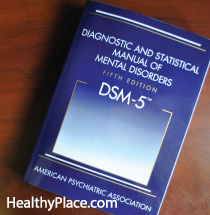 What Do More Symptoms for PTSD Mean?

I don’t know whether future versions of the DSM will take these additional symptom clusters into account, but what I think is important is trying to capture the full experience of PTSD for people so that we can most accurately diagnose and treat PTSD. If we do not fully recognize a symptom, it’s unlikely that treatments will be developed to deal with it.

Additionally, when a symptom is not recognized, people may feel their experiences are invalidated, so recognizing a symptom, officially, allows people to more fully understand their own experiences and what affects PTSD may be having on their lives. Many people experience PTSD differently and, if possible, diagnostic criteria should try to reflect that.

APA Reference
Croft, H. (2015, July 10). Are There Symptoms of PTSD Missing from the DSM-5?, HealthyPlace. Retrieved on 2023, February 6 from https://www.healthyplace.com/blogs/understandingcombatptsd/2015/07/are-there-symptoms-of-ptsd-missing-from-the-dsm-5

I have been diagnosed with post traumatic stress. Evidently, I have been like this for many years. My mother suffered several times with serious anxiety. She had her 2nd breakdown when I was 5 years old.
I have found one of the main symptoms of post traumatic stress is irritability. I become angry & frustrated very quickly. I have been this way for many years.
Also: insomnia, hypersensitive to noise (mute t.v.), crying, feeling nauseated, headaches, & many more symptoms.