Biological markers for combat posttraumatic stress disorder (PTSD) are being found more and more today, so anyone that says it’s “all in your head” really needs to give theirs a shake. What we know today is that there are significant, biological differences between those who suffer from combat PTSD and those who don’t. These biological markers for combat PTSD may allow clinicians in the future to easily and correctly diagnose veterans with PTSD and even predict who is likely to get combat PTSD if they enter a combat zone.

What Are Biomarkers for Combat PTSD?

Biomarkers are simply any biological signal that doctors can use to differentiate people with combat PTSD from those without it. These biological markers are measured in objective ways and this is a major improvement as doctors would not have to solely rely on soldiers’ self-reported symptoms after the fact, as we do today. Biological markers may be differences in the brain, in the way the brain works and in other components of the body such as those that can be measured in blood tests. 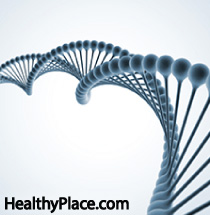 According to preliminary results from ongoing study by the PTSD Systems Biology Consortium, an effort by researchers at seven universities to establish biomarkers for PTSD, there were significant psychiatric and biological differences between veterans with combat PTSD and those without it. From clinical evaluation it was found that, when compared to veterans without PTSD, veterans with combat PTSD:

Differences were also found at a genetic, endocrine and metabolic level. (Note that these preliminary findings are from study of men only. We have no reason to believe results in women will vary significantly but research is ongoing at this time to show that.)

What Would Biological Markers for Combat PTSD Mean for Those in the Military?

If the science were complete, it’s hard to say exactly how the military would choose to use this information.

According to Dr. Charles R. Marmar who presented these findings

That’s a very sensitive national question. People want to serve their country. The answer may be to allow service but to have a more nuanced approach to what people’s roles should be within the military, to match individuals’ stress resilience with the responsibilities they have.

In other words, we don’t believe that even those with a high biological risk should be denied the opportunity to serve their country if they so choose but this information could make the type of service they offer less harmful to them in the long run.

Please see the article, Headway being made in developing biomarkers for PTSD for all the details on these findings.

Complex Posttraumatic Stress Disorder (C-PTSD) vs. Simple PTSD
Are There Symptoms of PTSD Missing from the DSM-5?
Sabrina
July, 11 2015 at 7:57 am

very nice and informative article. thank you for sharing your knowledge with us.

The relationship between inflammation and PTSD is a complex one, but we aren't yet at the point where we understand it well. One issue with CRP is its role in the innate immune system.The presence of an acute injury or infection, moderate to severe alcohol use disorder, depression, type II diabetes, or nicotine each are reported to increase CRP levels. That's tough to control in a clinical study. On the other hand, elevated CRP levels are associated with obesity and cardiovascular disease, and PTSD has a known independent association with the presence and severity of cardiovascular disease (see, for example, Levine et al, Cardiology 2014;127:1-19 among others). But I don't think we know the specific pathophysiologic mechanisms that link PTSD to inflammation. CRP is widely examined in a number of different medical conditions and that makes it an attractive molecule for a biomarker. Most likely, a good biomarker will be one that is slightly 'upstream' from CRP or a biomarker that is more specific to psychiatric illness.