Bowing Out of New Year's Eve in ED Recovery 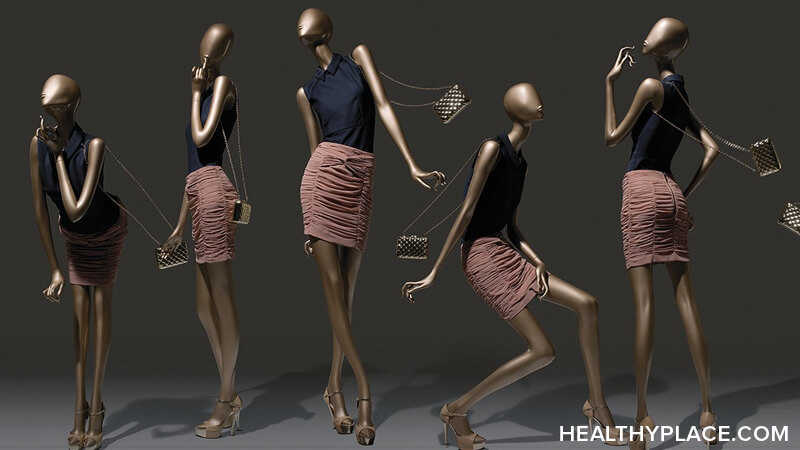 New Year's Eve can cause eating disorders to flare up, and consequently, I don't have a single good memory of New Year's Eve. Not in my adult life, at least. Not until recently. Every year for so many years, it was the same pressure-loaded parties and promises that no one and nothing could live up to. Almost every year, until about five years ago, my NYE consisted of blackout partying, followed by a full flare-up of bulimia the next day.

The first day of the new year would start with me ripping my saliva-caked cheek off a pillow and battling through the day with a massive hangover--a massive hangover that resulted in a nauseated trek to the nearest fast food joint and then binging and purging until my throat was on fire, my stomach muscles sore, my face flecked with broken blood vessels and my eyes almost swollen shut. Subsequent days would be followed by over-exercising and under-eating to try to compensate for the indulgence.

Subsequent days were spent punishing myself for being sick.

While I pride myself on never following a trend, I fit squarely into this one. I drank, almost daily and nearly always excessively, for close to 15 years. It was a way of soothing the frantic, obsessive drive in my mind to be perfect and control everything.

The Cycle of Abuse: ED and Substance Abuse

But, of course, drug-induced escapism comes at a cost. The hangovers meant that my depleted, exhausted body craved fatty foods and fast sugar.2 So, binge, purge, punish, escape, repeat. Like all abusive relationships, the one between substance abuse and eating disorders is cyclical.

Both eating disorders and substance abuse become inflamed under pressure--and the new year can hold a ton of pressure. You're supposed to enter the year a better version of yourself, and when you wake up hungover and riddled with guilt, you can feel you're already off to a terrible start.

But what if you gave yourself permission to just drop the ball on the ball drop? To bow out of new year's eve and all its bogus expectations? To not make a single resolution and just keep trying to be kind to yourself and respect your limitations in recovery (and always)?

Giving myself this pass was pivotal to my understanding of self-care during eating disorder recovery. I'm not going to lie: it was hard at first. I felt like I was missing out on some grand adventure. I felt even more like the outsider I'd always tried not to be. Social media doesn't make this fear of missing out (FOMO) any easier. Everyone always looks like they're having such a great time at the NYE parties.

But then again, in pictures of NYE parties past, I'd always looked like I was having a great time too. And I wasn't. I was just drinking until every semblance of true myself and my real happiness was blotted.

All my problems and pain were still there, ten-fold, in the morning.

If you're in ED recovery and are dreading New Year's Eve or the new year in general, give yourself permission to leave the pressure cooker of societal expectations. Societal expectations never did anyone with eating disorders any good anyway.

If I manage to stay awake until midnight tonight, I'll be firmly ensconced on the couch, in my loungewear, with a cup of apple-spice herbal tea clasped in my hands, a well-deserved smug smile on my face, and probably, a sleeping kid snoozing beside me. I'll be sure to think of all of you out there who are feeling the feels, living in the raw, and being true to yourself in your recovery. You got this. I promise.