When Does Eating Disorder Recovery Start? 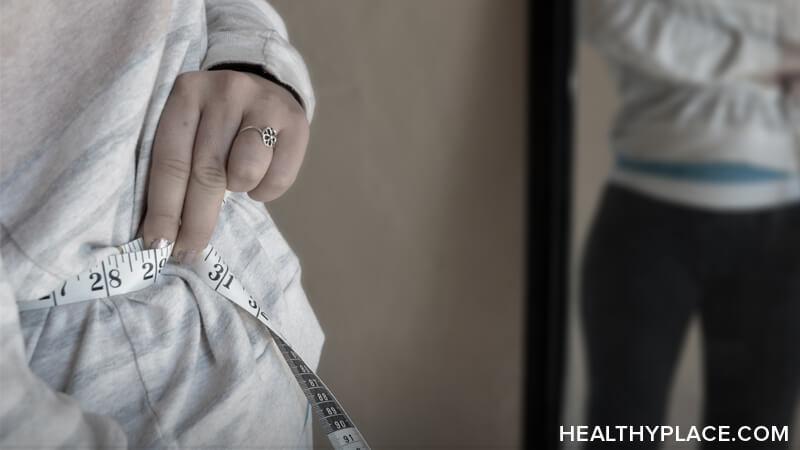 When did I start eating disorder recovery? The timelines don't add up. Whenever I talk about my eating disorder recovery, there seems to be an inconsistency in the timeline I give for when my eating disorders first really began to flourish, and when I entered recovery. This disparity didn't occur to me until I listened to the video I prepared to introduce myself as an author here at HealthyPlace. In the video, I say that I battled with anorexia and bulimia for almost two decades. Then, I say that I've been in recovery for almost 10 years. I also mention that I'm 38 years old. So what gives?

Doing the Math of When I Started Eating Disorder Recovery

Had I started the eating disorders by the time I was eight or 10 years old? Well, no, though the roots were certainly in place by then. I'd already begun relentlessly comparing my body to the bodies of others and noticing that by societal standards of beauty, I'd never measure up. But was I actively binge eating, purging or severely restricting my food intake? No.

So the timeline I'd provided in the video was causing me distress. It felt right, on a gut-level, but, as I said, the numbers didn't add up. I brought my concerns to my husband.

"The numbers are right," he said simply.  "There was overlap, remember?"

Overlap--it took me a moment to work my head around his point. He was absolutely right. My recovery started long before my eating disorders stopped. He'd been there. He'd seen it: my hundreds of attempts to do better before the changes I was trying to make stuck.

Eating Disorder Recovery Is Not Black and White

My logical brain had been looking at my recovery as a black-and-white event. In my mind, the last day I purged or starved myself was supposed to be the day I entered recovery, but nothing could be further from the truth. Intrinsically, I'd known this. The first day of my recovery was the day I decided to fight back. It was the first day I decided not to give up on myself.

I still binged, purged and starved myself for days at a time though, and I did this for years after my recovery began. Eventually, however, the days my disease won started to be outnumbered by the days I did. I promise to get into how I overcame my eating disorders in future posts, but what I want to say is that recovery doesn't start the moment you're "better." Eating disorder recovery starts the moment you decide you're worth it.

Any Step Can Be the Start of Eating Disorder Recovery

If you're reading this post and you are trying to recover from an eating disorder, the good news is you already are. You're doing something to free yourself from the death-grip of eating disorders. I wish I'd been able to recognize that the mere act of trying was recovery. Maybe then I wouldn't have been so hard on myself for every perceived failure (which was really just a part of the recovery process). Maybe I would have got better sooner.

I try not to dwell on the hypothetical in my recovery. There are already enough uncertainties and regrets and adding more to the mix doesn't do any good. Here's the positive I can take away from my overlap oversight: it may do someone else some good. Understanding that any movement in the direction of a life that isn't controlled by your eating disorder counts toward recovery can be incredibly empowering, and when you're fighting a disease that is fuelled by control, power is everything.

Everyone surviving the battlefield of living with ED--whether they're in recovery or still actively struggling--has more power than they could possibly imagine. If you can live with this disease, you can do anything.

When did your eating disorder recovery start? Tell me about it in the comments.

Hollay Ghadery is a writer and editor living in Ontario, Canada. She has a book of non-fiction set to be published by Guernica Editions in 2021. The work dives into the documented prevalence of mental health issues in bi-racial women. Connect with Hollay on her website, Twitter, Facebook or Instagram.