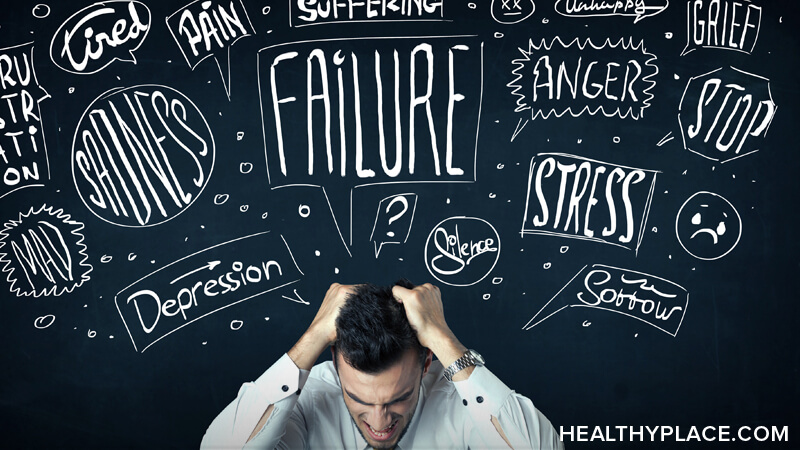 It can be frustrating, even frightening, to feel as if your thoughts are not entirely your own—to suddenly have a distressing idea or an image flash through your mind against your will. But what is the connection between self-harm and intrusive thoughts, and how can you break the vicious cycle they create?

The Connection Between Self-Harm and Intrusive Thoughts

The most obviously triggering thoughts were those that were directly tied to my self-harm. In a moment of distress, a mental image of my chosen method of self-harm would flicker through my consciousness—along with the memory of the relief it had provided in the past—and I would feel the old, familiar itch to hurt myself crawling up and down my arms. These were the easiest to identify as intrusive thoughts—but, I think, also the hardest to resist.

It took a long time for me to realize that these weren't the only intrusive thoughts contributing to my self-injury. I used to struggle, often and to great extent, with disturbing images of worst-case scenarios and scenes selected from a few of my deepest, darkest fears. They seemed to come out of nowhere. One moment I'd be thinking about something completely mundane, and the next, I'd suddenly be ambushed with a lightning-flash of nightmare fodder, with no warning and no time to mount a defense.

While these thoughts didn't immediately make me think of hurting myself, in retrospect, it's easy to see how they contributed to the more general depressive and anxious emotions that motivated me to self-harm.

One thing that particularly frightened me about these thoughts was that, sometimes, I didn't just think about hurting myself. I thought about ending my own life. And it terrified me that those thoughts might eventually lead me down a path of no return.

And yet, I never actually attempted suicide. Though the thought of it was clearly lingering in my subconscious—to the point that it had begun to leak into my waking consciousness—I didn't seem to want to take my own life. I'm only just now beginning to understand that there is a difference between regular intrusive thoughts, suicidal ideation, and actual suicidal intent.

If you are struggling with active suicidal ideation, please seek help urgently. It is never too late to change the course of your life for the better. This is not to say, however, that passive suicidal ideation or nonsuicidal intrusive thoughts aren't serious concerns, too. If you struggle with any of these issues, the best thing to do is to seek support sooner rather than later. Take it from someone who failed to take her own very good advice until many years later—it's far easier to overcome these thought patterns with help than on your own.

Coping with Self-Harm and Intrusive Thoughts

Aside from seeking professional help in coping with self-harm and intrusive thoughts, there are a few things you can try on your own as well to make some progress towards recovery.

One tip it took me a long time to wrap my head around is not to simply try and forcibly suppress these thoughts. It's natural, of course, to want to make them go away, and shoving them back down into the deep, dark pit of your subconscious can seem like the easiest way to be rid of them. But putting them back where they came from and expecting them to stay there is like trying to keep water behind a dam that's already overflowing. It will only be a matter of time before they flood back out again—and eventually, they'll take the whole dam down with them.

Instead, I've found a combination of mindfulness techniques and cognitive behavioral therapy (CBT) to be far more effective. While I wouldn't say I'm completely free of my intrusive thoughts, they have grown significantly fewer and far between over the years, and I find them much more manageable when they do occur (for the most part). Mindfulness techniques like yoga and meditation help to manage the anxiety and depression that can contribute to intrusive thoughts. Cognitive behavioral therapy, meanwhile, can change the way you think so that when distressing thoughts occur, you can more easily reroute your train of thought to a safer, healthier destination.

Do you struggle with self-harm and intrusive thoughts? What therapeutic or medical interventions, if any, help you manage these thoughts and behaviors? Please feel free to share your ideas and experiences in the comments.

Ideas for Self-Injury Awareness Month 2021
The Self-Harm Distraction of Decluttering Your Home
Melody
September, 10 2022 at 3:07 pm

Since I've been thrown out of nearly every job I've been offered this year. I've been having nothing but intrusive disturbing self harming thoughts. Plus I'm tired, but I've been sleeping better again. But I've lost another job last year August on the 25th. And I've had mild anxiety again.

Hi Melody,
I'm so sorry to hear you've been struggling with employment issues as well as disturbing intrusive thoughts. It's good that you're sleeping better at least—that can definitely help, though it sounds like in your case, you need more than just a good night's sleep.
Have you considered therapy at all? It really sounds like you could use some more support in your corner, and the right mental health provider could provide invaluable support and guidance to help you cope with those intrusive thoughts and your anxiety, as well as anything else that might be contributing to the problems you've been having with work. If you haven't already, please take a moment to check out our resources page, which includes websites as well as hotlines that have a lot of great info and, in some cases, can help you connect with good professional help:
https://www.healthyplace.com/other-info/resources/mental-health-hotline-numbers-and-refer…
If that's not an option for whatever reason (or if you just need something to do in the meantime before your next, or first, appointment), you might want to try journaling. I know it might not sound like much, but simply getting everything out of your head and onto paper can be hugely cathartic. (I talk about this more in the video, if you haven't watched it yet.) You can even try some CBT exercises on your own or with a workbook—I used the Mind Over Matter workbook, but there are others. (Just be sure to get one written by actual, certified mental health professionals.)
I hope that helps. If you have further questions, comments, or concerns, I'll be around—feel free to reply here or elsewhere on the blog.
Take care!
Kim