Self-Harm vs. Self-Destruction and Suicide 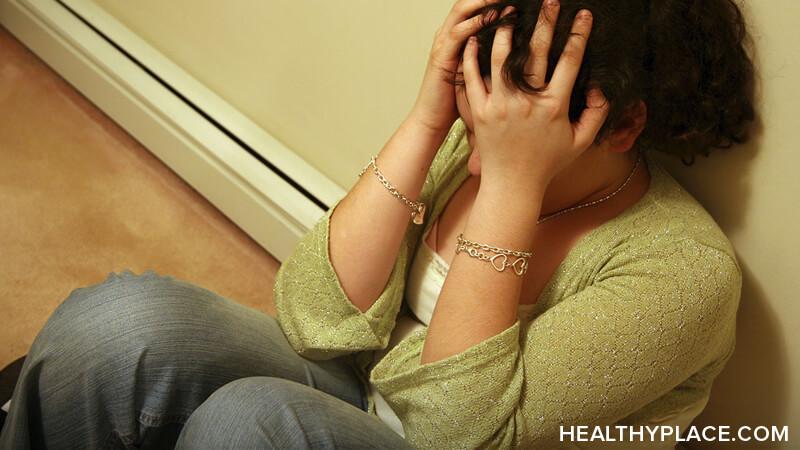 Self-injury, by its very nature, seems inherently connected to suicidal thoughts and behaviors. Yet while suicide necessarily involves causing yourself harm, there is a subtle but important difference between self-harm vs. self-destruction.

The distinction between self-harm and self-destruction, or suicide, is mainly one of intent. The intent behind a suicide attempt seems obvious enough. But suicide isn't simply about dying; more often than not, it is about finding a way out of an unbearable situation. People who attempt suicide, successfully or not, seek to end their suffering by ending their own lives, generally because they can see no other way out.

Self-harm, on the other hand, is about finding a way to cope with difficult circumstances without necessarily changing or ending them. There's a reason that self-harm is clinically referred to as nonsuicidal self-injury. Rather than an act of self-destruction, many who self-injure see it as a means of self-preservation, of finding relief enough today to be able to stick things out until tomorrow.

Self-harm and self-destruction do have some commonalities, of course. Both are reactions to negative experiences or emotions, typically ongoing ones. In both cases, people fall into these behavior patterns because they feel like there is no better option available to them. And in both cases, things can spiral out of control rather quickly—sometimes, with fatal consequences.

Does Self-Harm Lead to Suicide?

While moving from self-harm to self-destruction may seem like an obvious progression, not everyone's mental health journey looks like this. While I have struggled with both self-harm and depression, and even suicidal ideation at times, I have never attempted to take my own life. On the other side of the coin, there are many people who have exhibited suicidal behavior without ever having engaged in self-harm before. And others still may turn to self-harm after failed suicide attempts to cope with their continued existence.

However, self-harm can escalate to self-destruction. When I chose to try and stop self-harming, it was largely because I realized that what I was doing was only making my situation worse, not better. I chose to change course because if I continued on as I had been, I worried I would eventually pass the point of no return—and I did not want to die, not really. But I wanted to feel better, and if death wasn't the answer, then I had to change how I was living.

Not everyone comes to that conclusion. For some, when self-harm doesn't work, self-destruction seems like the only path left.

And for others still, it's not a choice at all. Self-harm, even without suicidal intent, can escalate over time, particularly for those among us for whom it becomes an addiction. In these cases, self-destruction may happen accidentally as a result of self-harm.

Self-Harm and Suicide Attempts: When to Get Help

It's tempting, once you grasp the difference between self-harm and self-destruction, to see self-injury as less serious than suicide. However, one final thing both have in common is this: both indicate a need for help.

While self-harm may provide temporary relief from a problem, in the long run, it more often exacerbates, rather than alleviates, suffering. And while death is certainly a kind of release, it is almost never the only, or even the best, solution.

Ideally, the moment you begin to crave self-harm or the moment you first think, "I want to die," would be the same moment you would reach out for help. But I know, if you're reading this, that moment may be long past. That's okay. It's never too late to ask for help or to offer it to someone else if you think that person is struggling.

There are many resources available for recovering from self-harm and coping with suicidal thoughts or behaviors, and many paths to healing. You are not alone; help is available if and when you are ready to seek it.

What is your experience with self-harm and self-destruction or suicidal ideation? Share your stories in the comments below.

APA Reference
Kim Berkley (2020, September 3). Self-Harm vs. Self-Destruction and Suicide, HealthyPlace. Retrieved on 2022, May 23 from https://www.healthyplace.com/blogs/speakingoutaboutselfinjury/2020/9/self-harm-vs-self-destruction-and-suicide

Yoga for Self-Harm: Finding Peace Through Exercise
Are Self-Harm and Suicide Linked to Trauma?