Self-Harm Reasons Why I Started and Why I Stopped 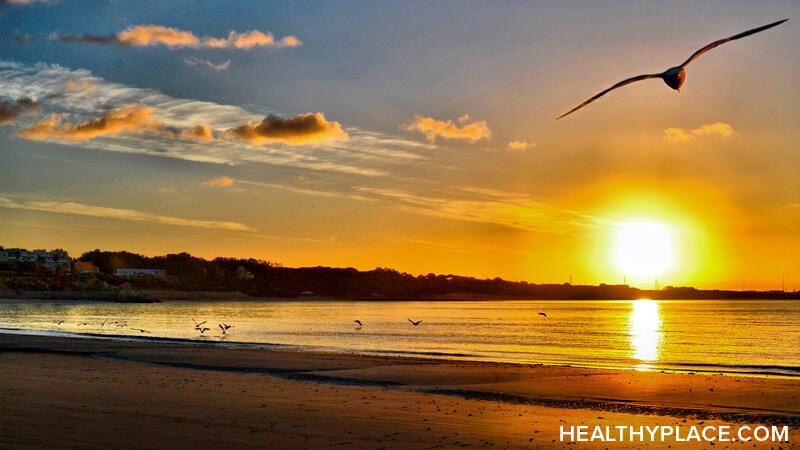 Self-harm reasons, both for starting and for stopping, are as numerous and varied as colors in cathedral windows. I can only speak from my own experience, but in so doing, I hope to help others better understand their own reasons—or those of someone they love—for doing what they do.

Self-Harm: Reasons Why I Started

I don't know the exact hour or date of my first time hurting myself. But I remember how I felt, standing in the kitchen in the middle of the night, having the same fight with myself over and over in my head. "I should stop this," one part of me would say. "I'm stronger than this."

And another part would whisper back: "No, you're not."

I don't know that I made a conscious decision to start hurting myself for any specific reason. I don't think it was planned. I think one night I simply became overwhelmed with the dark thoughts that had been propagating in my mind, fed by feelings of sorrow and guilt that had begun to spiral out of control.

I kept telling myself these lies until one day, finally, I realized a simple, but important, truth: I was wrong.

Self-Harm: Reasons Why I Stopped

In my personal experience of self-harm, reasons for stopping are like fairies: you have to really believe in them in order to make them real. Even when I started to hurt myself, I knew it was far from the best solution to my problems. Change didn't happen because I suddenly realized, "Oh, I don't have to do this anymore," but because I finally began to remember what mattered most to me.

I hurt myself because I wanted to be strong—because I wanted to play the heroine and shield my friends and family from the sharp edges of my own pain. But I slowly began to realize that the direction I was heading in would eventually lead to a place of no return, and if I wanted to turn back, I had to do it sooner rather than later.

So I told myself that if I was "strong enough" to suffer in silence, as I had been, then surely I was strong enough to find another way. I could find a better way, a path where nobody got hurt, not even me.

Ultimately, my reason for stopping my self-harm was simple: I wanted to prove to myself that I could do it. That it was what my friends and family would want for me did help, but the person I was really trying to save was myself.

I think that's the most important thing to keep in mind if you're self-harming and trying to stop: your reasons for self-harm recovery are yours alone to choose. Use them as you will, as lights to fend off the darkness or as weapons to fend off the bad thoughts that drive you to hurt yourself. Don't feel you have to explain them to anyone, or that they have to make sense to anyone but you.

As long as you find a reason to stop self-harming, any reason, you can believe in, you can find a way forward.

APA Reference
Kim Berkley (2020, June 25). Self-Harm Reasons Why I Started and Why I Stopped, HealthyPlace. Retrieved on 2021, May 9 from https://www.healthyplace.com/blogs/speakingoutaboutselfinjury/2020/6/self-harm-reasons-why-i-started-and-why-i-stopped

Can Self-Harm Be Emotional?
What Do Dreams About Self-Harm Mean?