Self-Harm and Friendships: Pushing People Away

When it comes to self-harming, the importance of the marks tends to overpower the importance of relationships with reality. Well, at least this rang true to me during my difficult years. I had friends in high school, however, most of them I do not talk to anymore. Those I do still talk to I hope to never push away.

I will admit it now, though. I pushed most of my friends away during the years I struggled with self-harm.

Many people will agree that when it comes to dealing with mental illness and addiction, the real world starts to fade away. The illness begins to take over and reality becomes a fuzzy, funny thing around you. When people are addicted to drugs, no matter what drug it is, that drug becomes their closest companion. 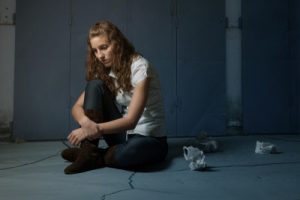 This is all very similar to self-harm. Self-harmers will either push people away because of the lies surrounding their marks or simply because they care more about their harming than their friends. It is a hard relationship to explain, just like any addiction. The cutting or burning becomes more of a focus than friends, family members, boyfriends or girlfriends.

In high school, I became a totally different person when my depression and cutting began. I became a million different people all at once and when I tried to be with some of my friends, I just wasn’t the same person. I became fearless and careless and many people recognized it. At the time, I couldn’t tell that others noticed I’d changed – but the proof was there. I’d skip out of musical practices or not go to weekend gatherings because I was “tired” or “sick”. In truth, by making myself seem pathetic, I became angry which led to my negative coping skill: cutting.

There is one friendship that, to this day, I wish I’d tried harder to mend. It is not that the friendship is fully broken, but it just isn’t the same and it hasn’t been since high school. It is true that after high school, many friendships go away because people change. However, this friendship was one I’d had since I was in fourth grade and to see us slowly drift apart, mostly because of my doing, still kills me.

At the time, she knew I was struggling and was one of the few people I’d known to grow up with a divorced family. I’ll never forget her visiting me the day after the news had broken about my parents and her bringing over her pet bunny to cheer me up. At that time, I was numb to the truth and her being there, like she always had been, was more than helpful. As weeks and months progressed, I changed. 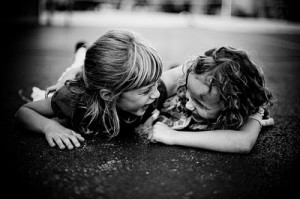 I became someone totally different than the girl she’d grown up with.

I grew selfish and extremely jealous. When I’d see her with another friend and see her happy, I’d instantly become furious because she was now hanging out with someone else and, obviously, I was not good enough. My anger would turn into rude comments and my mysterious behavior didn’t help either. I never came out and told her about my cutting, but I am pretty sure she knew. I also never told her about my suicide attempts and even though she knew I was suffering with depression, I don’t think she ever would have imagined I’d go to those limits.

Recently, we’ve been able to meet up for some dinner dates and trips to the dog park. I’ve talked to her about some of the issues from my past, but have yet to bring up my cutting and suicide attempts. In a way, I’m afraid I’ll disappoint her – even though it has been over six years since high school. Being the great person she is, I highly doubt she’d be disappointed. My goal is to bring this friendship back and make it last.

For those who are in the shoes I was in, open your eyes. Realize there are real people around you with real emotions. There are people you care about who care about you and if you push them away, you’ll feel regret when you look back. Embrace those friendships and make them last because if you don’t, they may disappear.

Lying About Self-Injury Scars: When Memories Scratch Back
Self-Harm and Believing in Your Self-Strength: Audio Blog

Self-Harm and the Semicolon Project: Your Story is Not Over Yet
Cell Phones and Social Media at School: A Cause of Stress
Self-Harm and "The Baggage Game"
Mental Health Awareness Month: Recognize the Green Ribbon
Self-Harm and Being Comfortable in the Skin You’re In: A Video Blog