Flashbacks of Self-Harm: "The Ex Factor"

Whether you haven’t self-harmed in years or are currently in the battle, flashbacks of weak moments always pop up. It's inevitable that you're going to see a scar and remember the reason it was put there. These moments can come from a song, a place or even a person.

Such as an ex-boyfriend or girlfriend.

Recently, I went to watch a beach volleyball game and on one of the teams was my boyfriend from high school. I dated him during my prime self-harm time and instantly, memories came flooding back. I began picturing certain times when I cut because of him or because of what was going on in my life during the relationship. Of course, looking back, I realize it wasn’t the healthy, safe way to go about dealing with stress and anxiety, but it was the coping skill I had – negative or not.

So, You Had a Flashback – What Can You Do?

It was scary to even think for a tiny second that maybe cutting would be the answer to my seeing my ex-boyfriend. For former self-harmers, however, it is normal to feel the urge to hurt yourself even after some time being self-harm free. Thankfully, I decided to cope with this flashback in a healthy way in hopes to erase any of the negative thoughts flying through my brain.

Here was what I did to stay self-harm free: 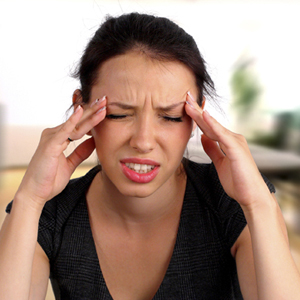 - I turned up Counting Stars by One Republic, rolled down the windows of my car and sang as loud as my lungs would allow.
- At my apartment, I lit almost all the candles I owned so I could make a nice, relaxing atmosphere.
- I turned on Big Bang Theory because, well, you can never go wrong with that show.
- I ate almost half a bag of gummy worms and cuddled with my lovely Miniature Schnauzer, Theodore.

When all was said and done, I did relax. At first, when a situation really hits home to a negative memory, it is hard to really focus on the good when your thoughts are filled with the bad. When I was really struggling with self-harm, I’d try desperately to convince myself to stay safe and do something different, but, as many of you know, it is not that easy.

It takes a while for your body to realize that it doesn’t need self-harm to relax or calm frazzled nerves. It takes practice and positive self-talk to switch your brain and body into realizing there are other coping skills out there. I’ve discussed possible coping skills before in my blogs, but there are always more to be added to the list.

For example, that night my coping skills were the following: music, singing, candles, favorite TV show, food and my dog. Many people can turn to music or movies or food to help take their mind off of self-harm. Now, after five years without cutting, it is much easier to say these things. We all know it is easier said than done.

But it is possible and that’s what counts.

Celebrities and Self-Harm: Does it Affect Us?
The Secret Life of Self-Injury
Mark Hartmann
July, 4 2013 at 1:41 pm

Great article, Jen. I'll post it to a tumblr blog I now am an admin for. Some of the posts I do now are inspired by someone I know who is a recovered self-harmer. Can you share my website link also? I would love your feedback on them. I always sign them, so.... Thanks!