If Your Friend Is Suicidal, You Need to Understand This 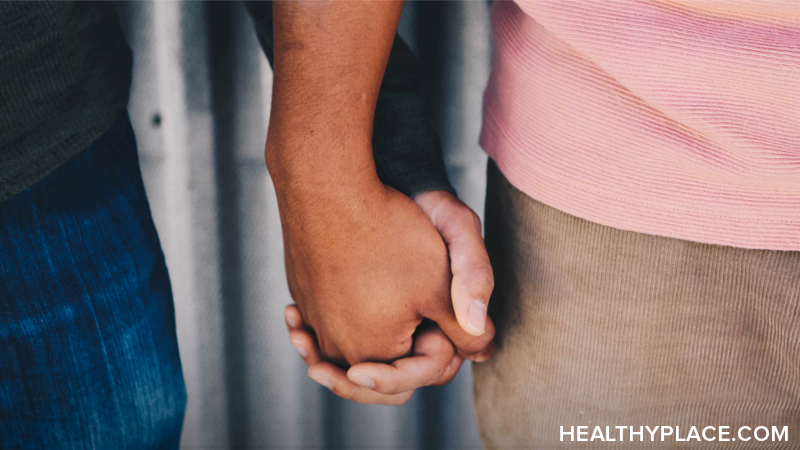 Trigger warning: This post contains a frank discussion of suicide attempts when a friend is suicidal.

I wish I knew better when my friend was suicidal. I was 12 years old. My brown curls were cut into sharp bangs that crossed my forehead, identical to the bangs of my best friend who sat facing me. She didn't look any different from the last time I saw her, still pale, still skinny. She wore a sweatshirt. And under the sleeves of that sweatshirt, I knew there were scars up and down the length of her arms. Three weeks prior, my friend was suicidal and she made her most recent suicide attempt. It was not her first nor her last.

I couldn't conceive of what she was thinking the day that I visited. I didn't know if she felt better or worse than the night she tried to take her own life. To my adolescent mind, the fact that she was locked up in the hospital where we sat felt unjust, like a punishment.

"Just call me," I said to her, "next time you feel like that, call me instead,"

But only a few months after her return home, my friend was suicidal and she tried again. She had agreed to call me but she didn't. I felt betrayed. I couldn't understand why she had agreed to do one thing but did another. I couldn't know that in those moments of her suicidality, she was in hopelessness so vast that she felt her family and I were unreachable. I didn't understand until 10 years later when I was prescribed steroids to treat my Behcet's, a chronic autoimmune illness, that unexpectedly sent me into a depression I could not have thought possible. I'm proud I stuck by her side, but now I know there was at least one thing I would have done differently.

Although My Friend Was Suicidal, Her Suicide Attempts Were Not About Me

I wish someone would have told me that my friend's suicide attempts were not a remark on my abilities as a friend. My belief that I should have been able to talk her out of her depression and suicidality was a horrible cross to bear, but it also made my friend feel responsible for me on top of everything else she had to cope with. When I experienced my thoughts of suicide years later, I told my mother and she had a similar reaction. It was apparent that she saw my feelings as a personal failure as a mother. This filled me with guilt and did little to alleviate my despair.

My Mother Demonstrated the Importance of Support When I Was Suicidal

While both my mother and I made the mistake of making our loved one's struggle personal, remaining by my friend's side through years of suicide attempts is something I'm proud to have done. If my mother had not been steadfast in her support for me through my steroid treatments and my darkest moments, I don't know if I would have been able to recover. There were times when being there for my childhood friend felt draining and impossible; I felt like my presence meant nothing. But now I know that this wasn't the case. I know that I made the right choice when I stayed.

APA Reference
Card, M. (2019, September 10). If Your Friend Is Suicidal, You Need to Understand This, HealthyPlace. Retrieved on 2023, January 29 from https://www.healthyplace.com/blogs/relationshipsandmentalillness/2019/9/if-your-friend-is-suicidal-you-need-to-understand-this