The Dangers of Comparison: Who You Can Compare Yourself To 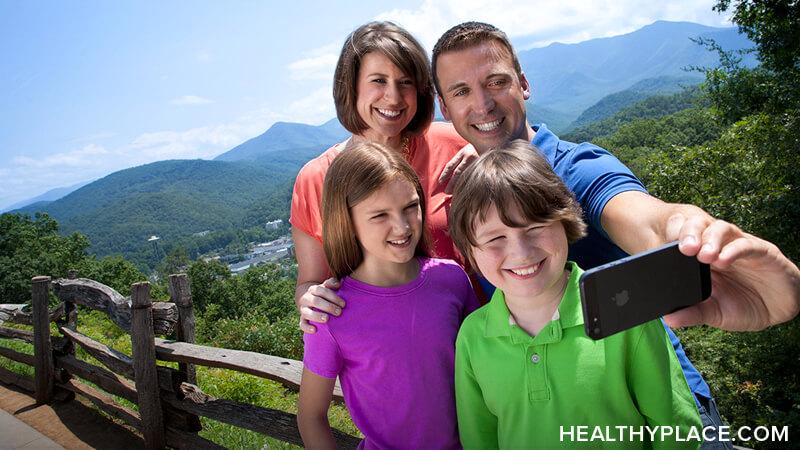 The danger of comparison is very real. Last weekend, I spent some time with a friend for her birthday. Many of her other friends were there, nice people all, and yet I found myself unhappy. Why? I looked around the room and saw happy people. They were smiling, joking with their significant others, discussing their lives, and I felt different. Why didn't I have a significant other? Why don't I make as much money or have as seemingly nice of a life? Most importantly, why am I stuck with this mental disease when they seem like they have everything together?

It is only natural to compare our lives to the people we see around us. Especially in today's era of social media, when photos of happy people in exotic places with amazing families are the norm, it is an understandable tendency to look at those things and think, "Why not me?" For those of us with mental illness, it is even harder. We compare ourselves to those we see as "normal" and we tend not to come out on the winning side of those comparisons.

Why There Is Danger in Comparison

Comparing our lives to those of the people around us is dangerous. Rarely do we think that we are doing significantly better, as our illnesses tend to prevent that sort of positive thinking on a regular basis. Thus, we are inviting negativity where it doesn't belong and when it may not even be the case. For all I knew, others at the party also struggled with depression and were just putting on smiles to fit in, as I was.

There is no such thing as a perfect person or a perfect life, and comparison is dangerous when we think that's true. We see this all the time in the cases of celebrities like Anthony Bourdain who, despite having a life on paper that most people in the world would be envious of, chose to end his life due to monumental depression. So what am I comparing myself to? I am comparing my life to the ideal life that I have created in my head that I believe someone might have, rather than anything truly based in reality. Even for those people I know well and think I understand, I am projecting perfection onto them and telling myself that I come up short by comparison. That isn't fair to me or to them.

Such comparisons will invariably lead to depression spirals, as I will now be focused on what I lack, rather than the blessings I do have in my life, and all because I compared my life to what is arguably a fairy tale. This is why comparison is dangerous.

The One Positive Way of Comparing that Isn't Dangerous

When I found myself comparing my life to the made-up perfection of the rest of the party attendees last weekend, I had to engage in some serious self-talk. First, I reminded myself that I was projecting onto these people and not necessarily seeing their realities. However, while that helped, it didn't stop me from feeling sorry for myself.

The only real and valid comparison I can make is to myself. So I looked inward. Here I was out at a party on a Saturday night. Two years ago, I wouldn't have made the choice to go, and certainly wouldn't have been social once there. In comparing myself to my former self, I can recognize that I have made progress. That is positive. I took it even a step further. A year ago, I wouldn't have had the wisdom to make that comparison and recognize the progress I was making. Again, here comparing serves me well.

In life, the only thing that matters is slow, incremental improvement. Sometimes it can be frustrating that it doesn't happen in large leaps overnight, but one day we look back and can see it. Recognizing those little improvements is important, and comparing ourselves to those earlier versions of ourselves can be healthy, even though the change may appear minuscule. Have you been better about seeking help than you once were? That is a win. Have you been more consistent in doing self-care, or in having a regulated schedule? That's a victory. Have you looked around and been more grateful for a friend or family member than at other times? Once again, you come out on top in that comparison from before.

It is a hard habit to break to avoid comparing my life to those of others but I am getting better. I just have to keep reminding myself that this Jonathan, Jonathan 2.0, or more accurately Jonathan 4.3 is better than the guy who came before. Comparison to anyone else is dangerous. He is more self-aware and more open than prior versions. So are you, in whatever version of yourself you are now. You came here to HealthyPlace to learn, to connect, and to cope. I guarantee that just this one small thing is worthy of a positive comparison.

APA Reference
Berg, J. (2018, August 16). The Dangers of Comparison: Who You Can Compare Yourself To, HealthyPlace. Retrieved on 2022, August 18 from https://www.healthyplace.com/blogs/relationshipsandmentalillness/2018/8/the-dangers-of-comparison-who-you-can-compare-yourself-to

Social Life Problems of Being Single at 30-Something
Meeting New People Can Be Scary
Kyra
August, 22 2018 at 4:46 pm

Thank you so much for this great article! It really resonated and everything you said is so true and insightful.
Your brave candor is so refreshing because it’s exactly how the rest of us feel when doing the dangerous comparison game as well.
This is a struggle for me and I love how you laid it all out and provided meaningful, practical suggestions.
Best article I’ve read on here in a while. Thank you!

Hi Kyra! Thank you so much for the kind words. It is a struggle for me, as well. Hang in there. We are all in this together.