Manic, Happy or Euphoric? How I Tell Them Apart with Bipolar 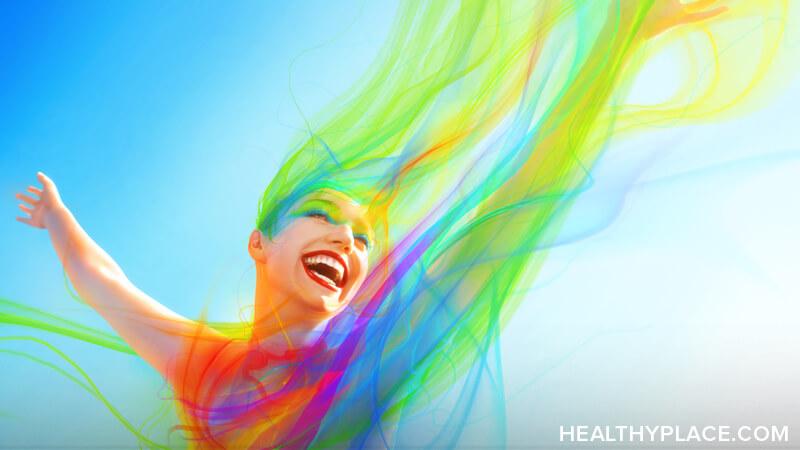 Am I happy, manic, or maybe euphoric? Knowing my mood (and what may be causing it) is important to managing bipolar disorder. One of my triggers is interpersonal relationships which are, for many people out there, one of the largest factors in our moods. When things are going well, it can lead to happiness; conversely, when things are going poorly, depression is a real possibility. Today I want to focus on the other side: happiness. Specifically, how does one with mental illness identify what is true happiness, versus a manic or hypomanic phase, or what I call the euphoria of coming out of depression? Am I happy, manic or euphoric? Here's how I decide.

Manic or Happy? How I Tell Them Apart

For those with bipolar 1 disorder, mania can be fairly easy to identify. It is normally characterized by a lack of sleep, a lack of caution for personal safety or security, and an impulsiveness in decision making. For those, like me, with bipolar 2, hypomania is tougher to recognize. It can, in many ways, mirror happiness. I find myself having more energy, and an overwhelming feeling of optimism and general energy. However, mistaking this for happiness can be dangerous.

A manic phase is not actually based in reality. While it may have been triggered by something that could also trigger general happiness, a manic or hypomanic phase takes it to the extreme. For instance, having a good first date can sometimes push me into a bipolar mood. While certainly there is an element of happiness to a good date, a single positive experience like that would not trigger happiness and optimism to this level. I would, therefore, hopefully, be able to recognize that I am manic.

A positive event can likewise pull me out of a depression. For me, there is a corresponding euphoria associated with coming up from that low. Unlike mania, it isn't a high; rather, it is the lack of a low. But the feeling can be similar. Euphoria can be easier to recognize than mania. After all, I know I was recently depressed and am no longer feeling so down. However, since it doesn't have an unrealistic high, it can be harder to distinguish from true happiness. Again, for me, positive interpersonal interactions can be the catalyst to ending a brief depression, and thus the trigger for a euphoric period.

Coping with These Feelings

In either of these cases, mania or euphoria, it can be easy to cling to the event or person who helped to trigger it. After all, while neither is true happiness, both are incredible feelings and things I want to hold on to, regardless of their basis in reality. But they can lead to trouble. In a fairly recent encounter, I assumed the woman I had just met was my soulmate due to the mania meeting her triggered. Needless to say, this sentiment was rather scary for her, and she went running for the hills. When I came down from my mania a day or two later and was able to recognize it for what it was, it was too late.

I endeavor to always take a step back when I have a feeling of intense happiness, at least until I can identify it. Am I manic? Am I euphoric? Is this actual happiness? While stepping back from a positive feeling can be hard, it is necessary. Not only can confusing these feelings lead to issues in our relationships, but they can also trigger corresponding depressions upon coming down from them.

For those in our lives trying to decipher what we are feeling, don't be afraid to question us. My sister has gotten very good at determining my mania and is able to calmly talk me down from it without triggering depression. Any potential partner would likewise hopefully become accustomed to the form my mania and euphoria take. It isn't easy, and dealing with me during mania can be just as hard as during depression.

How about you? Have you had issues differentiating between feeling happy, manic, and euphoric? What has helped you?

APA Reference
Berg, J. (2018, November 1). Manic, Happy or Euphoric? How I Tell Them Apart with Bipolar, HealthyPlace. Retrieved on 2023, January 31 from https://www.healthyplace.com/blogs/relationshipsandmentalillness/2018/11/manic-happy-or-euphoric-how-i-tell-them-apart-with-bipolar

Should You Expect Less From People?
Introduction to Hannah O’Grady, Author of ‘Relationships and Mental Illness’