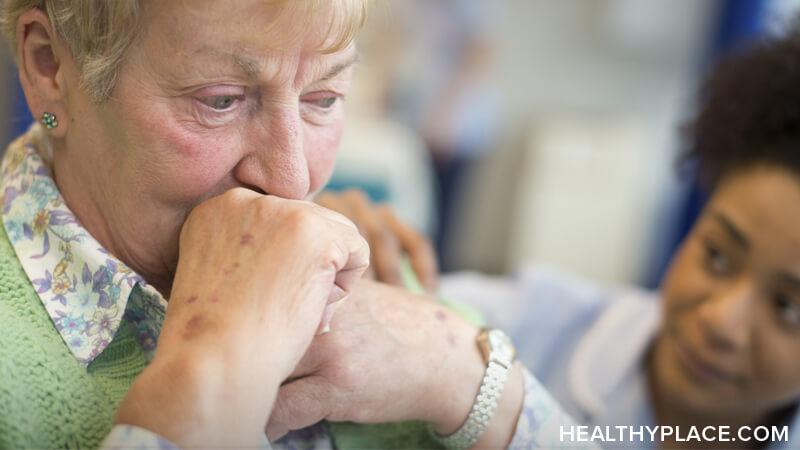 Celebrity suicide can take a toll on those who are depressed and that happened to me this week with the suicides of Kate Spade and the suicide of Anthony Bourdain, reported just this morning. I can say I was upset by Kate Spade’s suicide (particularly the details, which I won’t discuss here) earlier in the week and then this morning when I learned of Anthony Bourdain’s suicide (not an official ruling at this time), it felt like adding insult to injury. The celebrity suicides of Kate Spade and Anthony Bourdain have actually worsened my depression.

Why Do the Celebrity Suicides of Kate Spade and Anthony Bourdain Matter?

Now, truth be told, I don’t much care about celebrities. Their lives are very far removed from mine and for me, they can do whatever they want and it’s almost never relevant to me. So the latest “scandal” is something that others can flip over, I don’t need to.

But celebrity suicide is different. Suicide touches me, of course, and while all suicides touch a huge number of people, when a celebrity dies of suicide, it touches thousands, maybe even millions (Dealing with Depression in the Wake of Robin Williams' Suicide). And it’s this pervasive and widespread effect that gets me, I think. In fact, sometimes I even feel mad at the celebrity as in, “How could you kill yourself – don’t you know how many people you will hurt?”

(Please understand, anger may not be the most logical of emotions following a person’s death but it is completely normal after a death, especially one of suicide. There are five stages to grief and one can experience any of them [anger being one] at any time.)

And I understand, of course, as someone who has been there, when you’re planning your suicide and taking steps to end your life, you’re not thinking of the others you will hurt, you are just thinking of your own unbearable pain. That pain outweighs everything else. And if you have ever felt it, you understand why. It’s like the pain is stealing all your air. And when you can’t breathe, nothing else matters. It’s also important to note that pain can even make you think everyone else will be better off without you. A very powerful, if very false, feeling.

In the case of Kate Spade’s suicide, I thought of the thousands of people who have her designs (she famously built a handbag brand). I thought it so sad that these cheery designs that must have brought smiles to many were actually tear-stained by Spade.

And I thought of Anthony Bourdain, whose travels and experiences made it appear that he had an amazing life, and how he must have had to hide his pain every day if it was so severe that it drove him to suicide. I know what it is to hide that kind of pain. It’s horrific.

And these thoughts of celebrity suicide, particularly one piled on top of another so quickly, has made me feel even more depressed. Somehow, life feels more hopeless, pointless. I suppose this is how suicide can spread – the thought is, if these people, with every resource and everything going for them, can be taken by suicide, then what chance do I have to fight it? How can I possibly win against suicide when Anthony Bourdain and Kate Spade could not?

While celebrity suicides pretty much poke us in the eye with the cold, hard facts about suicide, it’s worth remembering something that never makes it into the news: people fight and win against suicide every day. There is no news to report when someone simply doesn’t die. But countless don’t. Countless aren’t taken by suicide every day. And I’m one of them.

My point is, if celebrity suicide causes you to feel any kind of grief or the worsening of depression, I understand completely. But try to fight against these tragedies by knowing that there are even more miracles of people surviving out there. Yes, suicide statistics are depressing and every news article about these suicides will quote them; but the statistics we don’t have, the ones on surviving and even thriving in the face of suicidal ideation or even suicide attempt, those are worth remembering, too.

I grieve the loss of Spade and Bourdain to suicide. They brought happiness to many and, unfairly, didn’t feel that themselves. But I am also lifted knowing that this is a teaching moment that can encourage people to seek help and remind me of all the wins, including my own personal wins.

If you feel like you may hurt yourself, please reach out. You touch more people than you know and even if suicide is telling you that you don’t matter or the people don’t care about you, know that suicide lies and it is wrong.

Celebrity suicides can feel like dark moments, but there is light too, I promise.

Disappointing Loved Ones Because My Bipolar Won't Improve
Can You Self-Harm and Not Have Borderline Personality Disorder?
Eileen Deerdock
June, 15 2018 at 4:40 pm

The intimates of celebrities who have killed themselves would no doubt speak of the depression,emptiness,family history, emotional wounds, mode of self-medication, (drugs, alcohol, sex,, food , etc.) , psychological diagnoses, suicidal ideation--and perhaps previous sttempted suicide. I too have said, "but the could afford to pay for psychiatrists, rehab, private exercise and yoga trainers, etc" because it's so easy to believe my list of "if only, then" that I still tell myself despite knowing better. But we all know this. What we don't seem to know is why suicide is not the road taken by others in similar circumstances. And that's what I'm hoping to learn about.
I've just begun my blog: When Suicide is No Longer an Option : (whensuicideisnolongeranoption.com) Natasha, if you or your readers want to check it out. Thanks

Not to simplify why one my consider suicide, however there may be 3 important causes : 1) they have a history of Depression or have Bipolar Disorder that has undergone minimum treatment. 2) They may be predisposed to a Mental Illness and have yet to be diagnosed. 3) The negative environmental stresses (such as marital problems, finical problems) causes an highly emotional impulsive decision commit suicide.
Thus an unsuccessful attempt is basically a "Call For Help" However, the successful suicide may be one that is an highly impulsive decision and that there is "No One Around to Stop their Actions"

Very well said, Fred! All these 3 causes are the most common for celebrity suicides. They might've got fame worldwide, but, actually are lone ranger inside.