Comparing Ourselves to Others Usually Worsens Depression 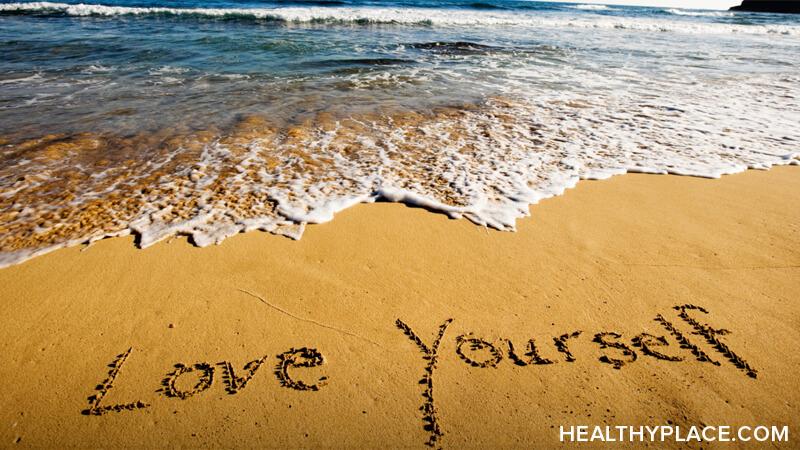 Comparing ourselves to others worsens depression. When I do it, it adds fuel to my negative thoughts and the descent starts there. I have discovered some ways to keep the comparison beast from taking over my mind and my life and therefore worsening my depression.

When we already battle depression, the temptation to compare ourselves to others can be hard to overcome. Since our minds often tend to dwell on negative self-talk, we have to work harder than a person without depression to keep comparison at bay. Also, with access to other people's lives through social media, comparing ourselves to others is as easy as turning on a device. We're drawn into yet another opportunity for comparison to others that can feed our negative thoughts and worsen our depression.

All is not lost, though; through working with a therapist and through my own experiences, I've learned some depression coping techniques that I've found to be quite effective in stopping the comparing-ourselves-to-others-problem (Comparing Yourself to Others Complicates Coping). I've felt specific negative things and learned to counteract these with positive truths so that my depression won't be worsened by comparison.

How to Stop Comparing Ourselves to Others

1. See the Positive in What You Do

I've struggled with feeling guilty because I can't buy the newest and best clothes and gadgets for my children or take them on the nicest vacations. My husband works outside the home and I've chosen to stay home and be with my children. While I do make a salary for my writing work, it's not as much as I would make if I were to go back to teaching public school. I've struggled with this and felt guilty when I compared myself to other mothers who could buy their children the newest and best clothes or take them on nice vacations.

What I've learned, though, is that I have more time with my children. My children are learning the value of budgeting and bargain shopping. I was a single mother when I first began my teaching career, so I know both sides of this coin. I felt guilty then, too, because I felt I should be home with my son. What I should have known then was that I was teaching him the value of hard work and also that the two of us could take care of ourselves. Also, we definitely budgeted and bargain shopped then as well.

Don't allow what others do make you feel guilty about what you do. Let them do their thing and you do yours. Keep in mind different things work best for different people.

This has been a huge struggle for me. I'm going to be completely transparent here; I went off my antidepressants for years because they caused me to gain weight. This decision landed me in the hospital due to a suicide attempt early last year. I'm short and have some meat on my bones. I'm never going to be tall and runway-model thin. I was comparing myself to women who are. I wanted to look like them, at the expense of my own health and life. The comparisons I was making to others were worsening my negative self-talk and depression to the point that I wasn't willing to get the help I needed until it was almost too late.

Thankfully, I've been on medication for over a year now. I've only gained 10 pounds, which is no big deal. Plus, I'd rather be plump and alive than not here at all. I eat healthily and exercise, which helps both physically and mentally. I do this for health reasons. I am not trying to be skinny. I have learned to stop comparing myself to other women. I know it will only worsen my depression.

Take care of the body you've been given and don't wish for someone else's. Don't give in to comparing yourself to others because that's taking a chance that may worsen your depression. You can appreciate someone else's beauty without criticizing your own.

3. Understand Social Media Is Not Reality

Logically, we know social media snapshots are not true visions of someone else's reality. Somehow we forget when we're scrolling through Facebook or Instagram that people are showing us only the best parts of their lives. Our depression lies to us and tells us that everyone else's lives are perfect. We start comparing ourselves to others and we always come up short.

The truth is we have no idea what goes on behind closed doors. The vacations people are taking may be causing them to go into major credit card debt. The happy couple may be on the verge of a breakup. The smiling family might have had a huge fight five minutes before the picture was taken. Everyone has problems; we are not the only ones.

I hope these tips will help you stop comparing yourself to others and worsening your depression.

In what ways has comparing yourself to others made your depression worse? Have you discovered some techniques for overcoming the temptation to compare?

Tags: comparing ourselves to others

How to Stop Feeling Self-Conscious When You're Depressed
How Exercise Helps with Depression
Jennifer Smith
October, 14 2018 at 11:55 am

Hello, Kay. Thank you for commenting. I'm sorry you're going through the pain of depression, but I'm glad my article has been helpful to you. You made a wise decision to take a break from social media. It's also good that you recognize the symptoms of depression that you're experiencing and have a plan to call your doctor. I commend you for being proactive about your health. Please let me know how you're doing. Thank you again for reaching out to us here.

Thank you for this. I have been falling in to depression recently and have come away from social media as I feel like a nothing in comparison to all those smiling faces. Feel a bit lighter knowing it's my depression talking and not me.. Constant internal negativity tires me out. So Ive quit social media and trying to focus on myself. I gained weight with my tablets and quit taking them. Now I wish I was also 101bs heavier. I wake some mornings and dont want to move. Its like i feel u could snap. Walking on eggshells with myself. Catastrophising too is constant. I have bought lots of vitamins and 5htp.so going to try this. If no go anti depressants it is again.. I have been so unmotivated though to even make an appointment with a doctor everything feels so much hard work.. And when you cry daily it's time to take care of yourself right? And get the treatment you need. As my mum says though. People take heart tablets so there is nothing wrong if there is something amiss in the brain. If you need medication. Take it. Note to self. Im 40 years old and this pattern has reared its head 3 0r 4 times in my life. Just when you think your OK and come off medication. Sneaky depression comes back. Sod it im ringing the doctor on Monday. Anyone who is reading this and feels numb unmotivated, teary with constant Whirring negativity why don't you ring the doctor too.. Your not alone.

To be happy and content a person must be happy about who they are and where they fit in this world. Sometimes we criticize ourselves harshly when nobody else really cares. Just be happy-that has been a struggle. Happiness will never come if someone compares them self to someone else.

Exactly. We must embrace who we are and flourish in our own way.