Transgender Myth #1: It's the Parents' Fault

One of my Facebook friends said that no child would choose to be transgender, and that transgenderism is the result of parents forcing their child to be the opposite sex. This is not true. A child is born with both a biological gender and a gender identity. This is not something the child chooses.

Little Johnny is born a boy, but he may not identify as a boy. He may identify as a girl and have a feeling that he was born in the wrong body. That's as much his parents' fault as his biological gender. It's all determined by the androgens a child is exposed to in the womb, known by age two or three, and firmly established by age six--that's the medical consensus. The parents do not dictate their child's gender identity.

This transgender myth also ignores the fact that many parents reject their transgendered child. Many parents try to force their child to conform to their biological gender through reparative therapy. When this fails, many throw their child out. The parents would not do this if their child's gender identity were their fault. In addition, there is a huge difference between accepting a child's transgender identity and pressuring a child to be something they're not. In fact, pressuring the child to be something they're not accounts for the high suicide rate among transgendered youth. 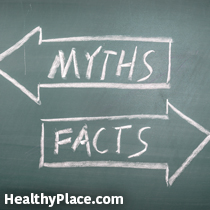 Little Johnny does not decide one day that he feels like a girl, and another day he feels like a boy. A transgendered child has a consistent gender identity--it just happens to be different than their biological gender. A tomboy or effeminate male who grows out of it is not transgender--they simply have some gender nonconforming behavior. A true transgendered individual feels like they were born in the wrong body and wants to adapt to the body they identify with. It is not a choice.

I, myself, am a gender-questioning individual. Ever since I was a child I have preferred traditionally male activities, to the point where I wanted to be a boy so everyone would stop trying to force me to identify as a girl. I remember leaping for joy when I heard gender reassignment was possible. But my religion forbade this, and I went through puberty as a woman. I still have a considerable amount of masculine traits and preferences, a somewhat male appearance, and am bisexual. I suffer from a great deal of conflict between my gender identity and my religion, something I wouldn't wish on anybody.

These are three common transgender myths people believe. It's time to address and dispel these myths. It's not the parents' fault. Transgenders are not sexual perverts. It's not a choice. It's simply a fact of life.

APA Reference
Oberg, B. (2016, May 16). Common Transgender Myths People Believe, HealthyPlace. Retrieved on 2021, May 14 from https://www.healthyplace.com/blogs/recoveringfrommentalillness/2016/05/common-transgender-myths-people-believe

Should the U.S. Ban Conversion Therapy?
The Need for Mental Health Courts
Stephanie
May, 19 2016 at 2:48 pm

You say that "It’s a simple solution, North Carolina–let people use the restroom their current genitals align with".
This is not a good solution since not all trans people can go the route of genital surgery, for various reasons, and to follow your "solution" would be to cause us - transgender nonetheless - people real harm. The result would be to put transwomen in the same situation as it is now, one of being forced to use a restroom not matching our gender identity and would place us in the same position of being exposed to violence we currently face. Better to allow those of us presenting as a woman to use the restroom that matches our current identity.