Forcing a partner to fill a strict gender role that they don't identify with is abuse. Inhibiting access to hormones for transsexuals, thereby forcing them to remain in an alien body, is abuse. 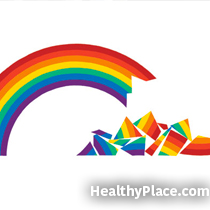 Assumptions that men, or masculine partners, are always the abuser and that women, or feminine partners, are always the victim is very dangerous--it can hinder recognition of abuse, reporting abuse to the authorities, and seeking services (Emotionally Abusive Men and Women: Who Are They?). For example, my friend Amber, a transsexual, told me that in Indianapolis all the domestic violence shelters in Indianapolis are faith-based and there is nowhere for a transsexual domestic violence victim to go.

This is not unique to LGBTQ relationships. A friend of my mother's from church was repeatedly raped by her spouse. He claimed that the Bible said he was the head of the house and she was to be submissive. She stayed with him for years because she believed this. I, myself, fell victim to this mentality with an abusive man. Sure, he cheated on me, but I was following the example of the prophet Hosea with his unfaithful wife. Thankfully, I learned that cheating on your partner and expecting them to do nothing is abuse.

Isolation from others is abuse. My ex wanted me all for himself. I once gave a mutual friend of ours a ride home and he became very angry. He even suspected I was romantically involved with a social worker who was treating both of us. Isolation from anybody and everybody is abuse.

The threat of being "outed" without consent is sometimes enough to keep an LGBTQ abuse victim in an abusive relationship. Society has not fully embraced its LGBTQ members, and the fear of ostracism is powerful, especially in more conservative communities (Fear, False Beliefs and Blame in Mental Health Stigma). For example, in Indiana, it is legal to refuse to rent to an LGBTQ individual. It is also legal to fire an LGBTQ individual. Homosexual conduct is still a felony. It's little wonder so many LGBTQ community members want to keep their sexual orientation a secret. Outing without consent is abuse.

How to Address Domestic Violence Issues in the LGBTQ Community

We need to address domestic violence issues in the LGBTQ community. We can start by passing non-discrimination ordinances. These laws would help eliminate the stigma of being LGBTQ and would minimize the harm done from outing without consent. We need to decriminalize homosexuality so an LGBTQ person in an abusive relationship can seek help without fear of being arrested.

We also need shelters that accept LGBTQ members. When I left my ex, I went to a Salvation Army shelter that had a policy of accepting any woman, regardless of sexual orientation. My roommate was a lesbian and we became friends and helped each other deal with the stress of life at the shelter. We were just two survivors trying to help each other, and that's what the LGBTQ community needs.

We need to help domestic violence victims, regardless of their sexual orientation or gender identity. All people have the right to be free from abuse, be it strict gender roles, isolation from safe people and spaces, or non-consensual outing.

Mental Health Needs of the Native American Community
Mourning A Therapy Pet in A Healthy Way
Jim Gibson
June, 25 2018 at 5:07 am

Stop violence against the LGBT community. Let's respect one another! It is time to make a change and be happy for what people are happy about as long as they are not harming others.