How Are Resentment And Mental Illness Connected?

When you are diagnosed with a mental illness--chronic or not--feelings of resentment are normal. They are even healthy, in small or medium doses, depending on your frame of mind.

I will admit, I thought I could define resentment on my own, but it's harder than I thought it would be. Kind of like when I try to cook anything other than oatmeal and eggs. Sorry, too much information.

Moving on...Let's bring in Wikipedia to give us a broad idea of how resentment can be defined before we connect it to our mental health.

Resentment can be defined as and/or associated with:

>Resentment is the experience of negative emotion (s)

>Associated with anger or hatred

>A belief that one has been wronged either real or imagined--being diagnosed with a mental illness, well, that's pretty damn real.

Further to this, Wikipedia explains that resentment can result from:

"...a variety of situations, involving a perceived wrongdoing from an individual, and often are sparked by expressions of injustice or humiliation... an object of regular discrimination or prejudice, envy/jealousy, feeling used or taken advantage of by others, and having achievements go unrecognized..."

That gives us plenty of room to explore the connection between mental illness and resentment.

Is (for lack of a Wikipedia-inspired term) bloody confusing! Despite this, it's also easy to narrow down if you really think about it and first connect it to diagnosis of mental illness.

When a person is first diagnosed with a mental illness they probably feel:

>Unsure as to if the diagnosis is correct. After all, nobody wants to live with a mental illness.

>Terrified that life will move along without us and we will be left alone;

>We might believe that those we love will leave us behind and experience feelings of associated guilt.

All of this--the entire bit and much more--is part of what defines mental illness when connected to resentment.

Moving Away From Resentment and Recovering From Mental Illness 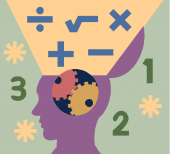 Part of recovering from mental illness involves coming to a place of acceptance. A place in which we can slowly accept the diagnosis and also the tough stuff that comes along with it--resentment being one of them.

Resentment is also connected to forgiveness: we need to forgive ourselves and those around us if we feel hurt. It's part of recovery. Recovering from mental illness is a long and daunting process. I think of it as a long road that is first rocky but slowly can become smooth.

Resentment is similar to many other emotions and it's something everyone tackles at some point in their lives, whether this is related to mental illness or not, it's part of being human and sometimes being human hurts. It is what we we do with this pain, the struggle, that defines our future.

What is your experience of resentment when recovering from, or supporting someone, living with mental illness?

APA Reference
Jeanne, N. (2013, January 24). How Are Resentment And Mental Illness Connected?, HealthyPlace. Retrieved on 2022, May 17 from https://www.healthyplace.com/blogs/recoveringfrommentalillness/2013/01/how-are-resentment-and-mental-illness-connected

I feel this with my friend who is bipolar and other mental issues. We have been friends for a long time and I get frustrated when she acts like she is smarter than everyone, has her daughter living with the grandparents more than her but does not acknowledge with me that is what she is doing and still wants to act like a full time parent. There are other issues w my daughter and hers that I finally had to message her about because my daughter feeling were getting hurt

Hi, Nina:
Sounds like a complicated situation---mental illness often is but so are relationships, as you mention.
Thanks for the comment! :)
-Natalie

is there a way to print this?? it is a very much needed article for me and my family.

Hi, Rb:
Glad you can relate and want to share it. On the top of the blog you will see a "share" function and clicking this gives you an option to print. Hope that helps.
Sincerely,
Natalie