Everyone Has a Little Mental Illness, Just Like My Child 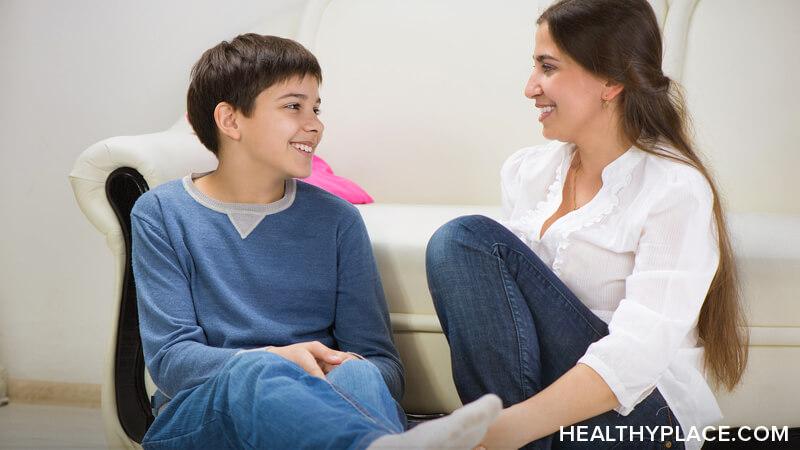 On days when my child's attention-deficit/hyperactivity disorder (ADHD) comes on particularly strong, I ask myself, "Why can't he have perfect mental health as I do?" Only I don't ask myself that at all since I've never met anyone who doesn't know a little about mental illness, least of all yours truly. Every last one of us can relate to my child and his mental illness.

People look at mental health as black and white when they should see shades of gray. This is especially true, I think, in children. I don't see mental illness as categories or diagnoses but as a spectrum. Everyone falls somewhere on that spectrum, most (if not all) in the middle. It isn't a matter of if you're mentally ill but how.

Anyone can skim through the Diagnostic and Statistical Manual of Mental Disorders and find themselves somewhere in the book--probably on more than one page. Just like no one has perfect physical health, no one has perfect mental health, either. Everyone--adults and children--are a little mentally ill.

It's unrealistic to think that the human brain can operate perfectly all the time. It is, after all, just another organ, and all organs have the potential to get sick, even temporarily. Just like someone can get a cold or the flu, I think people can get mental "colds." Maybe someone suffered a loss, and she feels withdrawn, depressed, and sluggish. Maybe someone else is making a major life change, and he's struggling with some anxiety. Perhaps there is no specific reason someone can point to--she just feels off. Whether the mental illness is temporary or more chronic, we've all been there.

What This Means for Parents of Children with Mental Illness

Looking at mental health and mental illness as a spectrum turns stigma into empathy. If it's something everyone shares, then there is no prejudice, only connection, and understanding. Something people once saw as abnormal can become the norm because that's exactly what it is.

That's how I want my child to view mental illness, his own, as well as other people's. I want him to know that, yes, his brain works a little differently, but so does everyone else's. Everyone loses control of their emotions sometimes. Everyone gets hyper sometimes, and sometimes we all talk way too much.

When my child grows up, I want him to see himself in other people's pain. I hope he can relate to their struggles with mental illness because he knows he isn't so different from them. Chances are, someone close to him will one day grapple with her mental health, and I want him to have the unbiased sensitivity to really be there for her.

Have you ever thought of mental health and mental illness as a spectrum? How do you think you could use this to shape your child's worldview? I'd love to talk about it in the comments.

Until next time, be good to each other.

APA Reference
Sharp, S. (2021, June 9). Everyone Has a Little Mental Illness, Just Like My Child, HealthyPlace. Retrieved on 2023, February 7 from https://www.healthyplace.com/blogs/parentingchildwithmentalillness/2021/6/everyone-has-a-little-mental-illness-just-like-my-child

What I Do When My Child with ADHD Talks Excessively
Can Poor Parenting Cause Mental Illness in Children?