Can Poor Parenting Cause Mental Illness in Children? 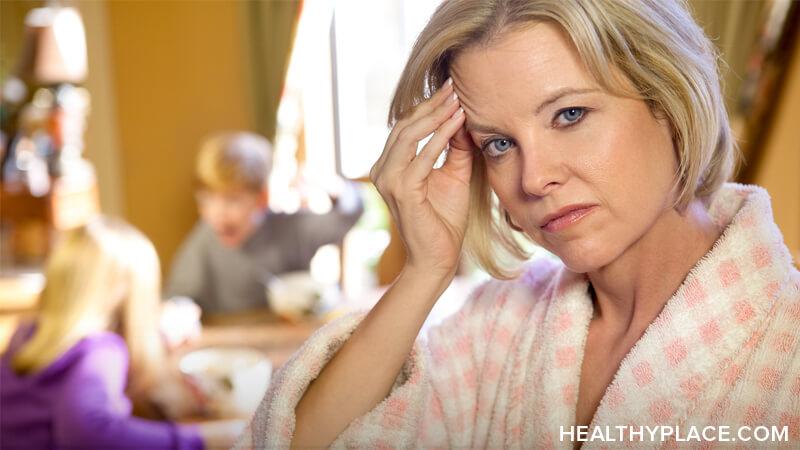 One of the hardest parts of parenting a child with mental illness is watching my kid behave disruptively or throw a larger-than-life tantrum and wondering, "Would this be happening if I were a better mom? Is my child's mental illness a result of my poor parenting?"

Most parents probably think of their children's behavior as a reflection of their own moral fiber and parenting skills, which is especially easy to do for those who are up against childhood mental illness. I'll never forget one day when my son was particularly hyperactive, and someone said to me, "Kids act like that when they don't get enough attention from their mothers."

From what I remember, my response oozed sarcasm and disdain, but I wondered if there was some truth to what that man said. Does poor parenting cause mental illness in children?

According to Don Duncan, Medical Director of Mental Health Services for the Okanagan region of Interior Health, the way I parent my child does affect his wellbeing. At the same time, studies show that most kids who are exposed to poor parenting don't develop mental illness.1 Chances are, my little boy's attention-deficit/hyperactivity disorder (ADHD) isn't my fault.

"Parenting patterns can have a significant impact on children's functioning and wellbeing . . . But what do we make of the strong resilience literature that demonstrates most kids survive bad parenting with little significant pathology. This seems to fly in the face of the . . . theory that any child in the presence of a bad parent will develop mental illness. This is simply not true."

Statistically speaking, I'm probably not to blame for my child's mental illness. Just because he has ADHD doesn't mean I'm a poor parent.

Childhood Mental Illness Might Cause Poor Parenting, Not the Other Way Around

So, poor parenting hasn't caused my child's mental illness, even though sometimes I feel--and act--like an incredibly less-than-average mother. It just seems like I'm more stressed out and on edge than I should be, and I have way less patience than any other mother I know, and I'm a little baffled at how that hasn't screwed up my kid's psyche for life.

The scientific literature paints a more forgiving picture of my experiences. Duncan has discussed a 1999 study that showed the leading predictor of stress in moms raising children with mental illness wasn't life circumstances (money, job, marriage, and so on) but how difficult their children's behavior was. It wasn't mothers stressing out their kids. It was kids stressing out their moms.

Ultimately, though, finding someone to blame isn't productive or helpful to anyone. I'm not the problem, neither is my parenting, and neither is my child. The problem is his mental illness, which is where I need to focus the little bit of energy I still have.

This isn't to say my parenting couldn't use some improvements. There will always be improvements to make and places to grow, not because I've caused my child's mental illness but because I want to help him handle it. If you feel the same way, you should take a minute to watch my video:

Have you ever felt like a poor parent who's caused your child's mental illness? Let's talk in the comments.

APA Reference
Sharp, S. (2021, June 23). Can Poor Parenting Cause Mental Illness in Children?, HealthyPlace. Retrieved on 2022, May 21 from https://www.healthyplace.com/blogs/parentingchildwithmentalillness/2021/6/can-poor-parenting-cause-mental-illness-in-children

Everyone Has a Little Mental Illness, Just Like My Child
Furry Therapist: How My Dog Has Helped My Child with His ADHD