This Schizoaffective's Dad Is Always There for Her 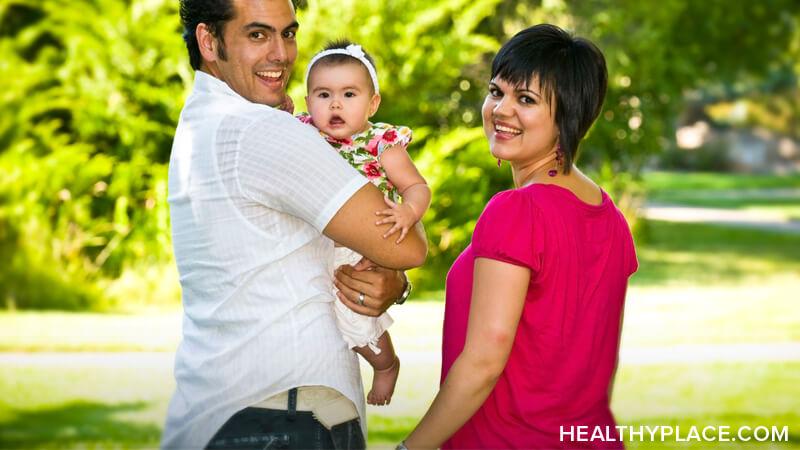 My dad used to drink, but he joined Alcoholics Anonymous (AA) and has been sober for more than 40 years. (I checked with my dad if it was okay to write about this, and he said it was, so I’m not breaking AA rules.) His journey with alcohol is one of the reasons I stopped drinking. Yes, I did it because it’s bad to drink on my medications for schizoaffective disorder, and, yes, I gave up alcohol because it made me depressed. But knowing my dad grappled with alcoholism inspired me to quit drinking, too.

My dad has also had a gastrointestinal bypass. He got this procedure done because he was very obese. It did allow him to lose a lot of weight, but it made it hard for his body to digest food properly. This makes him feel sick and get spells of weakness on a routine basis. But still, he pulls through. He gets up every day and does chores around the house, and it’s very inspiring to see him do this even when he isn’t feeling well. He even used to get up every morning and make eggs for me—my husband Tom and I live so close to my parents I could just walk over to the house and have breakfast. Also, I love watching movies with him. So, despite being sick a lot, he is often able to keep me company during the day.

Aside from being an inspiration in terms of how he battles his own personal demons, I will never forget that my dad was the first person to figure out something was going on with me when I first started having my schizoaffective psychotic break.

There was this one day when I was home from college for Thanksgiving break that, as I remember it, I had him drive me around and take me shopping. (I have schizoaffective disorder, bipolar type, and spending sprees are one of the most devastating symptoms of bipolar disorder.) First, we stopped at a little boutique and he bought me a necklace. Then we stopped at Target and I asked him to buy me a t-shirt and a CD. I’m sure I was acting very rushed and frenetic, and now, over 20 years later, it means so much to me that he knew.

All these things are just the tip of the iceberg as to how my dad inspires me and has been there for me. He’s a photographer, and if I were to go into all the ways he’s inspired me and mentored me in terms of my photography, in which I have a master’s degree, I would have to write a whole additional article. I love you so much, Dad. Thank you.

APA Reference
Caudy, E. (2019, June 27). This Schizoaffective's Dad Is Always There for Her, HealthyPlace. Retrieved on 2022, August 13 from https://www.healthyplace.com/blogs/creativeschizophrenia/2019/6/this-schizoaffectives-dad-is-always-there-for-her

Dear Terry,
Thank you for the comment. I'm glad you liked the article!