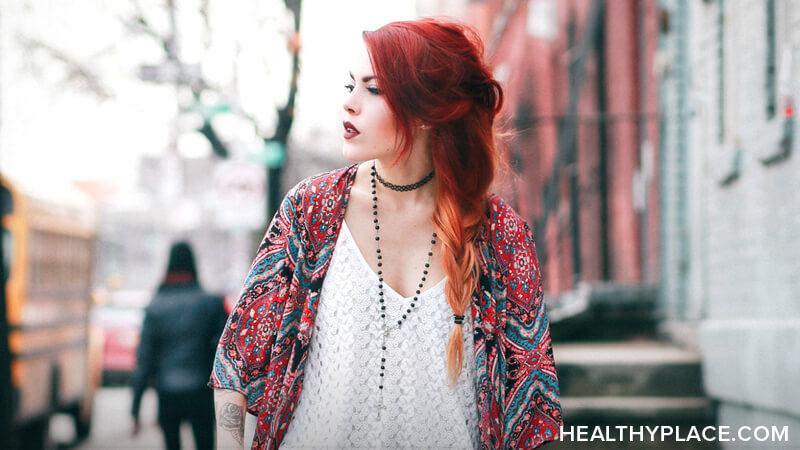 I Don’t Want the Schizoaffective Voices to Rule My Life

I used to stop whatever I was doing and go home the minute I started hearing the schizoaffective “voices,” the auditory hallucinations of schizoaffective disorder. But lately, I’ve been sticking it out. I’m usually out with my husband Tom or my parents anyway, so I’m with safe people. I don’t want the voices to rule my life.

This is not to say that it’s easy to be out in public while hearing voices. It’s not—especially when the voices feed on the drone of chatter often heard in, say, a noisy restaurant.

But do you know what else the voices feed on? Fear. So by giving in to my voices and saying, “I can’t be here” when they come on, I’m feeding them. And that’s what I’ve been doing with them for the last 20 years. So now I’m developing new ways to cope with schizoaffective voices.

I’m privileged in that I can be out in public while hearing voices and cope with them. I don’t talk back to them, and I don’t do anything they might tell me to do, though sometimes they are little more than a buzz. I don’t even really act differently when I’m hearing voices.

As hard as I try not to let them scare me, they can be scary, though. Recently, Tom and I were at our favorite restaurant while I was hearing them. I had ordered sushi. I remember staring at a roll of sushi as a way to ground myself within the sea of bits of conversation that I felt drowning me. Luckily the antianxiety medication—prescribed by my doctor to take as needed—kicked in and I started to feel more stable.

I’ve even started keeping a list of situations I’ve gotten through while hearing schizoaffective voices. I look at the list often. I’m taking a class right now, and I’ve heard voices while at the class. I don’t have Tom or either of my parents at the class. I use the class to distract myself when I’m hearing voices.

So now, when I’m hearing schizoaffective voices away from home, I do my very best not to fear them and I distract myself from them. And my life is a lot fuller from not rushing home the instant voices come to call.

Effects of Stress on Schizophrenia
My Mom Inspires Me As I Live with Schizoaffective Disorder
Lizanne Corbit
April, 22 2019 at 10:17 pm

What wonderfully honest and real post. I love that you have been working on new ways to cope with the voices. Not feeding into their fear, and finding a power to work with them. Thank you for sharing your story!

Thank you so much for this comment, Lizanne! Best, Elizabeth