Effects of Stress on Schizophrenia 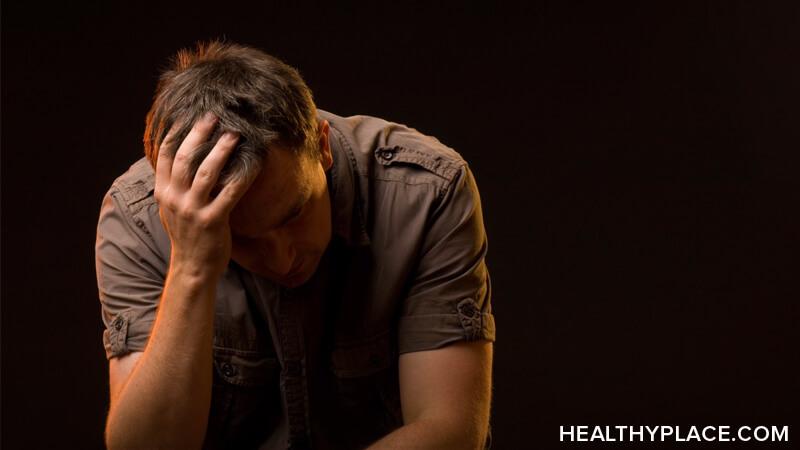 Stress majorly affects my schizophrenia. Looking back on my history of mental illness, it is clear that stress precipitated each of my psychotic breaks. Despite the ups and downs of my recovery, I see vast improvement from my last psychiatric hospitalization. One area stands out as a persistent weakness, though: dealing with the effects stress has on my schizophrenia.

Stress that Effects Schizophrenia Comes in Many Forms

This weekend provided a unique challenge for me. We were settling in for the night on Friday when my three-year-old started to scream. I arrived in his room just in time for him to vomit. Three hours later, it was his older sister's turn, and then his baby brother joined the party. My wife apparently felt left out, so she became ill as well. Due to the chaos surrounding me, I felt the need to remain alert: I abstained from my nightly antipsychotic medication. (Of note, I do not advocate non-compliance, nor did it help in my case. I was able to help that night, but barely slept and paid the price the next day.)

Stress Affects My Ability to Function with Schizophrenia

As a physician assistant, I am ashamed to admit that illness frightens me. I wasn't always this way, but I struggle mightily now. Illness stokes my paranoia regarding the intentions of unseen forces. I know that the simplest answer is usually correct (in terms of both medicine and life), but that doesn't stop me from fretting about the most sinister possibilities. My behavior isn't entirely abnormal in this regard, but the level to which it impacts my ability to function is. I knew that my wife and children were likely afflicted with a simple case of the stomach flu, but I could not control the intrusive thoughts that plagued me.

Per my usual response, I became paralyzed by the fear of the unknown, the fear that I was the target of forces I could neither anticipate nor control. My paranoid thoughts escalated to the point where I felt that I was the target of many plots and that there was no hope. How did I take a simple stomach virus and turn it into widespread hopelessness? Poor adaptation to stresses effects on my schizophrenia.

I wish I could offer a simple solution to this problem, but there isn't one. For me, the first step is to be medication compliant. When I don't take my meds, I don't sleep. When I don't sleep, I become paranoid. Did I have a good excuse for my non-compliance this weekend? Reasonably so, yes. Was it worth it? No. For all forms of mental illness, medication compliance is critical.

The second step is positive reframing. It's tiring, but crucial to success. I continually reframe my thoughts in stressful situations. This weekend, I frequently reminded myself that my wife and children would likely recover and that I was not the target of some dastardly plot. But like I mentioned, it's exhausting. My reframed thoughts commonly lose out to paranoid delusions after a while. But I keep trying, and I grow a little bit stronger each time I reframe a negative idea.

The third step is to be realistic. I don't practice medicine, because I am not capable of managing that level of stress with schizophrenia right now. But I am capable of spending time with my family, writing a blog and helping renovate a house. Those tasks cause me stress sometimes, but I am realistically capable of pushing myself to handle that level of stress.

There are many ways to adapt to stress, but these three offer a great place to start. Adapting to stress is a critical part of life, and it's not easy for anyone. I'm far from perfect, but I'm going to keep working until my weakness becomes a strength.