Changes in the Intensity of My Schizoaffective Anxiety 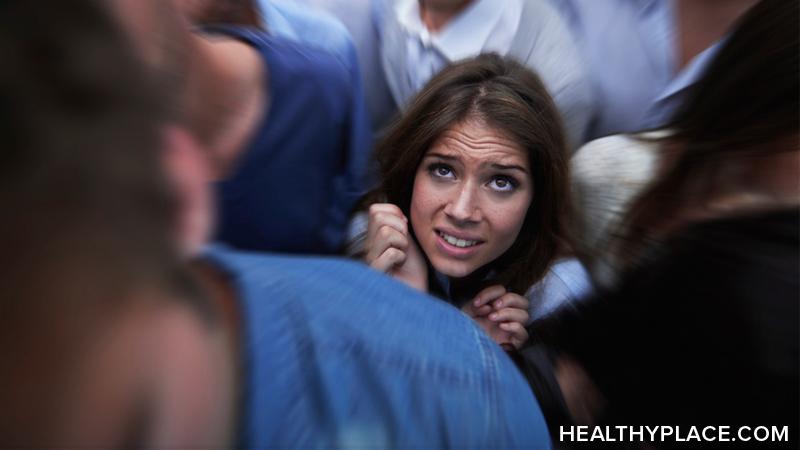 The intensity of my anxiety has me on a roller coaster. After a flare-up of my schizoaffective anxiety in September and October, my symptoms became really manageable again in November. I felt great. But then, when December came around, I started reeling in anxiety again. I’m not sure why I felt so good in November, or why my schizoaffective anxiety flared up again just in time for the holidays. But I have some ideas about why the intensity of my anxiety keeps changing.

Why Did My Schizoaffective Anxiety Change Intensity in November?

The intensity of my anxiety declined in November. It occurred to me that it might have taken a mellow turn due to hypomania, a euphoric high that’s not as extreme as mania. But I don’t know what would have triggered hypomania. First of all, I started feeling good right after daylight savings time ended and that’s usually when I experience depression due to seasonal affective disorder (SAD).

The funny thing is that I tend to get more anxious when I use a light therapy lamp ("Light Therapy Increased My Schizoaffective Anxiety Over Time"). So I had an idea that I felt better after daylight savings time ended because I was getting less sunlight. I know that sounds counterintuitive, but I couldn’t explain it any other way.

My therapist thought that maybe the intensity of my anxiety lessened at that time since the days were getting shorter and perhaps I felt like I could relax and let go of the pressures of the day earlier in the afternoon. We also both thought that maybe the higher dosage of my antipsychotic, which my doctor and I had increased when my anxiety symptoms progressed in September, was finally starting to kick in.

Why Did My Schizoaffective Anxiety Intensity Change Again in December?

However, the big mystery to me is why my schizoaffective anxiety intensity kicked up again in December. I think part of it had to do with the 20th anniversary of my first and only psychotic episode. I was especially conscious of the fact that it was around this time of year that I got really sick.

It also doesn’t make sense to say I got really anxious again in December because of the holidays, because the holidays started with Thanksgiving and I had a good Thanksgiving.

Hope for Less Schizoaffective Anxiety in the New Year

Even though my schizoaffective anxiety is worse—and somewhat unpredictable—I’m still looking forward to Christmas. And I’m especially looking forward to the New Year because I love January. That’s the time when I started to get better back in 1999, after that first psychotic episode.  I love the peace and quiet of January after all the hub-bub of the Christmas season. Also, I’m taking a class in dialectical behavior therapy (DBT) starting in January, and DBT has really helped me in the past. Dialectical behavior therapy gives you mindfulness skills to better cope with symptoms. So, even though things may not be ideal as I write this right before Christmas, I have a lot to look forward to.

APA Reference
Caudy, E. (2019, January 3). Changes in the Intensity of My Schizoaffective Anxiety, HealthyPlace. Retrieved on 2023, February 2 from https://www.healthyplace.com/blogs/creativeschizophrenia/2019/1/changes-in-the-intensity-of-my-schizoaffective-anxiety

I would be interested in what you think about anti-psychotic medications...my son has been on 3: saphris,respidal and geodone and I think it was making him crazier....now he just got put into a hospital and was changed to 1 anti-psychotic....prolixin and he seems to be calming down....what are your thoughts ?

Dear Rita,
Thank you for your comment. I am not qualified to make judgments about medication. I think you should work closely with your son's doctors regarding his medication. Thanks again, Elizabeth