Recovery After My First Schizophrenic Episode 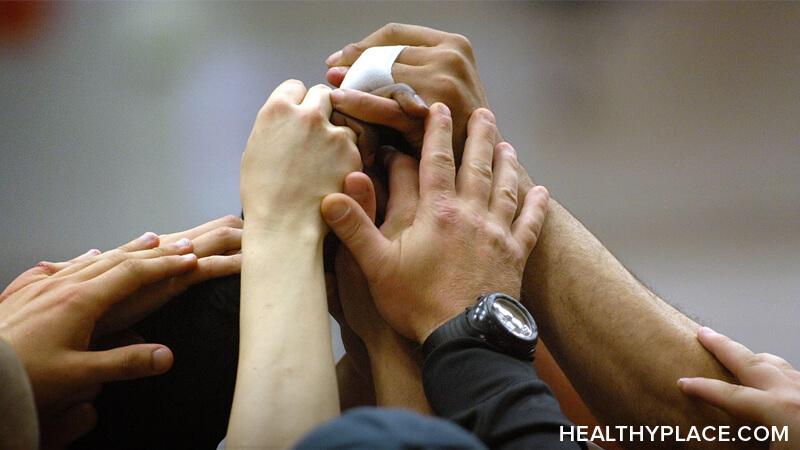 Recovery after my first schizophrenic episode crosses my mind each year in January. I like this time of year. Not only is the craziness of the holidays over, but everyone seems to slow down for a few months. Of course, I still have to be careful at this time of year because of my seasonal affective disorder (SAD). But I think I like January because, in January 1999, I recovered after my first schizophrenic episode.

Recovery After My First Schizophrenic Episode Was Scary

My first schizophrenic episode was terrifying, occurring during the end of the fall semester of my sophomore year at the Rhode Island School of Design (RISD) (Schizophrenia and What a Psychotic Episode Is Like). I was delusional and I thought people were following me, yet I kept trying to finish at least some of my classes. Doctors put me on an antipsychotic medication in December that finally kicked in at the beginning of January. I realized then that I’d been hearing voices, and that was why I thought people were following me.

At first, recovery after my first schizophrenic episode was scary. My uncle is schizophrenic and has lived in a hospital for the last 16 years and in residential assisted living for his whole adult life before that. I love him and he’s a wonderful human being but I was frightened that I would end up like him. One of my good friends has a psychiatrist for a father and a mother who was a psychotherapist. His mother and I sipped tea one afternoon and she told me that her friend had a schizophrenic psychotic episode when she was 19—my age at the time—too. She had gone on to lead a fulfilling and successful life, she said. And especially, with the medications I had access to in the 1990s that weren’t available to my uncle in the 1950s, I could go on to lead a fulfilling and successful life, too.

In recovery after my first schizophrenic episode, it became obvious that I couldn’t go back to RISD and I decided to piece together a new life back home. I finished a couple of incompletes left from fall quarter, took a psychology course at a local college, and applied to The School of the Art Institute of Chicago. I got accepted with a merit scholarship. That gave me hope for the future. Another thing that brought hope for the future was much more simple—my mother and I visited my sister in Michigan, and we went out for ice cream. I got a hot fudge sundae. Something about the simple pleasure of enjoying ice cream with my mother and sister made me feel so safe and loved.

After My First Schizophrenia Episode, I Am Safe and Loved

One thing I foolishly take for granted sometimes is how safe and loved I am. I choose the word “safe” because mental illness makes you feel unsafe. I imagine having any chronic illness or major trauma would do that. But I am loved by people I trust—one of whom is my husband Tom. And my parents and siblings – two younger brothers in addition to my older sister--have been so supportive since day one.

I have gone on to lead a fulfilling and successful life. My husband and I have our own apartment. I have this column. There have been rocky patches along the way, but every life has that. I make it with Tom’s and the family’s love and support—as well as my own inner strength.

Is There a Reason for Hearing Voices Twice this Week?
Low Self-Esteem and Schizophrenia, Schizoaffective Disorder