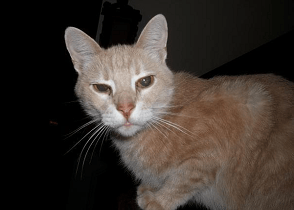 Before I started taking psychiatric medication, I was in the middle of a psychotic episode and I thought people were following me. I felt that the voices I heard were real, and that they belonged to the people who were following me. Honestly, I thought they were stalking me. I thought strangers on the street, and even characters on television shows, were watching me. The antipsychotic medication made all that go away, except for the voices. But the medication made me realize that the voices weren’t real. I firmly believe that a key breakthrough to successfully managing the voices is knowing they’re not real. And I have the medication to thank for giving me that breakthrough.

Preaching Antipsychiatry Stigma to People With Schizoaffective Disorder Is Obnoxious

I have a series of faces in my memory of the people who have tried to tell me I shouldn’t take medication for my schizoaffective disorder. Let’s just say almost all of those faces belong to people I’m not friends with anymore. What right do they have to tell me what to do with my personal health and wellbeing? Do they think I take these medications for fun? No, I don’t. I take them because I have an illness that only the medications can treat. I’ve done my research. I know what the psychiatric medication side effects are. And, at the end of the day, whether I take psychiatric medication is my decision to make, and mine alone. You know what? If you have a problem with psychiatric medications, then don’t take them. But don’t try to foist your views onto me.

The antipsychiatry movement has actually done a lot of good for people like us. Don't conflate scientology with anti psychiatry. Antipsychiatry has generally been a movement BY mad people FOR mad people; it's been a movement of our voices. And please don't equate anti psychiatry with stigma. The whole purpose of the anti psychiatry movement has been to deflate stigma, which is predominately perpetuated BY the mental health system and psychiatry. The movement has evolved to include the terms "survivors" and "consumers" to recognize the people that incorporate psychiatry into their wellness approach; i.e., you can take psych meds and STILL be opposed to how the mental health system and psychiatry stigmatizes people. It's not all or nothing. The message is seek help if you want it--there's no shame in that--but always be a cautious critic of systems, institutions, and people in power, especially when you're a vulnerable individual or population.