My schizophrenia (or, more accurately, schizoaffective disorder) revealed itself to me in the form of a psychotic episode around this time of year. It happened 17 years ago, when I was a sophomore at the Rhode Island School of Design. Having your first schizophrenic or schizoaffective psychotic episode in college is pretty typical. But if it happened so long ago, why does it still matter?

My schizophrenic psychotic episode still matters because it changed my life forever. It is one of the scariest things that has ever happened to me (Having A Mental Illness Is Scary). I mean, I was terrified. I thought people were following me – The Beatles, the mafia, the FBI, a friend’s family.

Then, when the antipsychotic medication I was put on kicked in, I realized none of that had really happened. I don’t think I’ll ever get over the realization that something I had been so convinced was true and I had been so terrified of had simply not happened (Schizophrenia and Psychosis: Hallucinations and Delusions). 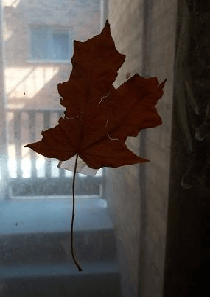 When I talk about my schizophrenic psychotic episode now, my family and friends say, “But that was so long ago.” And they’re right, it was long ago. But, as I said, it changed my life forever.

For one thing, it was clear that I needed to be close to home, which was the Chicago area, so I had to leave the Rhode Island School of Design (RISD), which had been my top school. I ended up transferring to The School of the Art Institute of Chicago (SAIC). SAIC turned out to be a better school for me artistically and academically, but I didn’t know it would be a better school when I was making the decision to transfer, so the decision was a heart-wrenching one.

Ever Since My Schizophrenic Psychotic Episode, I’ve Been On a Cocktail of Medication

The medications for my schizoaffective disorder cause weight gain. I had never weighed more than 105 pounds in my life before I was put on antipsychotic medication. Plus, the medication makes it really hard to lose weight (believe me, I’ve tried).

I think I can finally say I’ve come to peace with my life since my psychotic episode. This is just my life now. I have a wonderful, loving family – including a loving husband who I’ve been married to for over seven years. If I hadn’t had a psychotic episode, I might not have met him. Everything happens for a reason, and I believe that about my psychotic episode.

Video About My Schizophrenic Psychotic Episode

Schizophrenia and Obsessive Thinking
Antipsychiatry, Stigma And Schizoaffective Disorder
Britni
October, 26 2015 at 4:23 am

I do agree with all of the concepts you have introduced on your post. They are very convincing and will definitely work. Nonetheless, the posts are too short for beginners. Could you please extend them a little from next time? Thank you for the post.

You're welcome. Thanks for your feedback.

It’s actually a cool and helpful piece of information. I’m glad that you shared this helpful info with us. Please keep us up to date like this. Thanks for sharing.

You are most welcome!

I try to think positive!

Psychosis happens to some. I suffered for a while. What has helped is getting out of that environment. I was paranoid and reading many articles that fed my paranoia. I quit reading them and slowly the psychosis has gone away. I did this with meds and therapy too. Good luck and thanks for your article.

You're welcome and thank you!