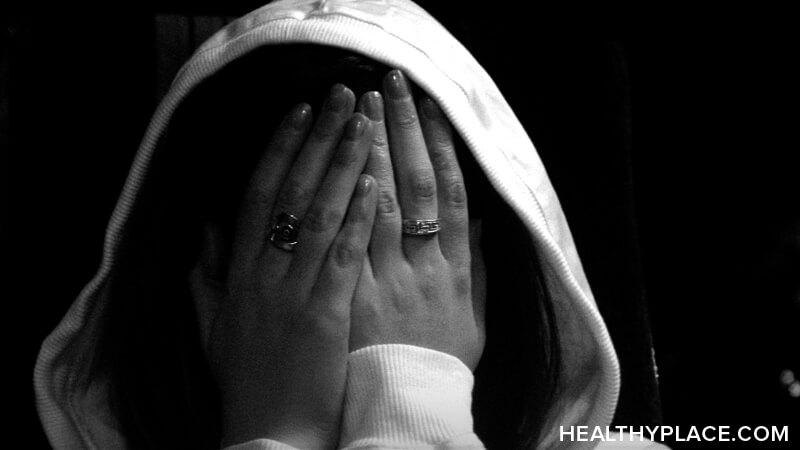 Depression makes me feel ashamed because it has a way of blurring the distinction between our symptoms and our character. When I get irritated by a comment, is the depression making me oversensitive or did I just not like the comment? When I decide to stay home instead of going out, is it the depression causing me to isolate myself, or do I just feel like staying home? And regardless of whether or not it is the depression, why do I feel so ashamed?

Public acceptance of depression as a valid mental illness has grown over the years. One could argue that depression is now considered with a degree of sympathy and nuance far greater than it has at any other point in history. Mental health policy may still be playing catch-up, but as far as public opinion goes, advocates and professionals have made significant strides in reducing the stigma around depression.

The problem, then, is not necessarily the stigma around depression. The problem may be that many of the common symptoms of depression can easily be interpreted as other traits that are, in fact, culturally shamed.

In other words, common depression symptoms can look almost indistinguishable from common general character traits -- traits that we are taught to be ashamed of.

To further complicate matters, depression can disrupt our culture's dominant narrative of personal success by directly affecting our ability to follow that narrative.

For instance, depression may cause poor academic performance. People may be required to take semesters off from school or quit altogether. Depression may poorly affect work performance and attendance. It may bankrupt motivation to find a job in the first place. People could also have trouble managing their money, thereby affecting their financial standing. It may be harder to find and maintain meaningful relationships and start a family.

I often find myself wondering how much of what I do and how I am is related to the depression. And I feel ashamed to think that maybe I'm not doing enough, that maybe I'm just using the depression as an excuse. I feel as though I'm falling behind everyone else and still only barely getting by.

If you relate, I hope at least there is comfort in knowing you're not alone. Please leave your thoughts in the comments below.

This article made sense to me, and did reflect feelings I have had. Sad to say, it hit me when I was depressed, and it just left me in the puddle. I so hoped there would be some suggestions on how to deal with or counter these feelings.