Holding Yourself Accountable With Mental Illness 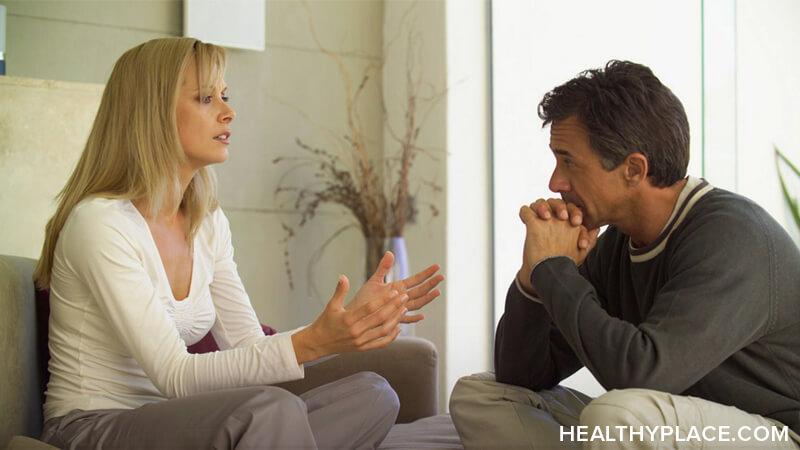 It's no secret that depression can affect your behavior -- that it can cause you to do and say things you wouldn't ever otherwise do or say. But when should you hold yourself accountable for bad behavior? And to what extent does mental illness excuse bad behavior? What kind of allowances should we expect in times of poor mental health, and what kind of allowances should we be prepared to grant to others? When is depression simply not an excuse?

Does Mental Illness Excuse Bad Behavior? When Should You Hold Yourself Accountable?

When do you hold yourself accountable, or hold a friend accountable, for bad behavior due to mental illness? A friend recently shared that someone in her life was treating her poorly: she was being rude, demanding, and manipulative. "But, you know, she's going through a lot, and her mental health hasn't been great," she said.

This struck me as a very charitable way of looking at what was essentially bullying on the part of this other person. And it got me wondering whether anyone had ever made that same excuse for me when I was experiencing a mental health crisis.

I know for a fact that I have been rude, unsympathetic, and unreliable in times of poor mental health. And yet, the people I subjected to this version of me are still part of my life to this day. Why? Because they didn't let me get away with it. They called me out on it -- with love.

Behavior Can Be 'Excusable But Not Acceptable'

I like to think of the kind of "bad" behavior we exhibit when we are struggling with our mental health as excusable but not acceptable. There might be a reason for it, but that does not mean other people should have to tolerate it.

Everybody is entitled to be treated with respect, and no mental health diagnosis makes you exempt from that fact. Being held accountable for my behavior when I was ill helped to counteract the feelings of dissociation I had started to develop. Being forced to confront the way my actions were affecting those closest to me helped me to feel that I was still an important part of their lives.

Sure, they made exceptions for minor slights and insignificant offenses, but they refused to infantilize me, and for the most part, I got called out on my bad behavior -- because while it might have been excusable, it was not acceptable.

Holding Yourself Accountable Is a Vital Step Towards Recovery

We have all done and said things we regret in times of poor mental health. But holding yourself accountable in the moment helps you to remain present in your relationships by reminding you that your illness does not trump another person's right to respect.

Equally, it is important to remember that coddling a person with a mental illness when they have offended you or violated your boundaries is not helpful to them -- all it does is give them a reason to sink further into the void, into the place where their actions and their words have no value or meaning. By holding them to account, you remind them that they still have a place in their family, their friendship group, their community, and most importantly, in your heart.

So while it might be painful, uncomfortable, and difficult, it's time we started calling each other out. No excuses.