About Liana Scott, Author of the 'Coping with Depression' Blog

Back some thirty-five years ago when I was a child, the word depression wasn’t readily used as a diagnosis, rather, it was used to describe a point-in-time state of being. "I’m depressed because I have no friends." While this use of the word is obviously still valid, depression, in all its varied forms, has come to mean so much more. Back in those days, we’d call it a bout-of-the-blues or feeling down-and-out to which our mothers would emphatically state, "snap out of it… stop feeling sorry for yourself!" My Mom didn’t realize (though, who could blame her) that this prolonged, repetitive, inescapable, inexplicable "mood" that plagued me was actually an illness.

My Mom Tried to Help

"There once was a man who felt sorry for himself because he had no shoes… until he saw a man across the street who had no feet." 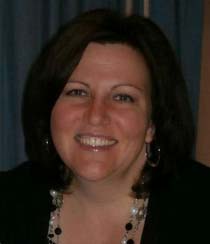 This was another of my Mom’s mantra-phrases. How does a kid respond to that? It translated to, "nothing you could ever possibly feel is as bad as the next guy."

I love my Mom deeply… she is, in fact, my hero. She is sweet and selfless while at the same time sensible and strong. Alas, if mental illness is, in fact, linked through heredity, then my Mom is blameless to that end. My brands of mental illness, which include anxiety, SAD (Seasonal Affective Disorder), (mild) dermatillomania and, of course, depression, hail from my Dad’s side of the family.

In January 2001, I had what would be the first of three (medically diagnosed) major depressive episodes. I spent 5 months recovering. The next came in March of 2003… relatively short in duration lasting just over 2 months. The third was very recent in January of 2012. This last… and God willing, final episode, lasted 4 months.

Now, don’t get me wrong. The efforts to feel like myself, to feel normal, took much longer than the 5, 2 and 4 months as described above. These are mere measurements of time from when I felt the worst to when I felt as though I could go on.

And indeed, I go on.

I struggle with clinical depression (aka major depression) almost every day. It is a constant battle of wills between me and my brain chemistry. With heredity at play, it's sometimes like trying to convince myself that my eyes are brown, though in truth they are green and they will always be green.

I dare say… just as my green eyes don’t define who I am, nor shall I allow my depression to define me either.

In this video, Liana shares her history with depression and how it's affected her.

APA Reference
Scott, L. (2013, May 22). About Liana Scott, Author of the 'Coping with Depression' Blog, HealthyPlace. Retrieved on 2023, January 27 from https://www.healthyplace.com/blogs/copingwithdepression/2013/05/about-liana-scott

Depression Can Be A Mental Workout
Coping With A Life High Followed By A Depression Low
Cathy
January, 30 2014 at 9:43 pm

Being the mother of a son who took his life because of his life threatening disorder Bipolar and also a daughter who suffers from the same disorder has given me amazing empathy, insight. My medical knowledge of each meds used is vast, I do research without end. My wish is that close family especially, friends etc. educate themselves and learn how they can help, to be supportive and understanding. They were born with this disorder they did not ask for it ! Each and every day is a huge mountain to climb for them, they struggle. Meds work then they don't so it's a continious see-saw of getting the correct balance for their brain to funtion. 'There but for the grace of God go I' So next time how about a hug, a cup of coffee a little understanding and empathy, also show them the respect they deserve. Maybe it might make them decide to stay and not to feel the only option is to take their lives. They deal with so much rejection, pain, torment and comments from idiots who should know better. I suffer deeply by the anguish this devestating disorder causes. But what saddens me most of all is society's dismissal of the enormity of this illness. It is really the same as cancer - what will it take for the world to show some compassion ?

Hi Cathy. Thank you for your comments. All so very true. Thanks to people like you who are willing to post your comments and speak out, we will get there some day. We're so much better off than our parents were and our kids will be even more better off. Let's keep the word going. Depression (mental illness) is a sickness, not a weakness. <3

Often times when we are diagnosed with depression, it becomes so easy to wear our diagnosis like a blanket that defines us. By getting the help we need through seeking professional and psychiatric care, you can learn to break the chains of depression and challenge your thoughts and feelings. You are more than your mind. Stay strong and thanks for the article. Keep up the good work.

Hi Liana! Thanks for sharing. You look great when vegging... I'm a Hott mess. Haha! I am 47 sick since childhood made worse by trauma. I decided not to have children and I haven't worked (except temp) since 2010. I just wanted to applaud you for your strength in maintaining a somewhat normal life. And of course, for coming here and sharing. I hope to hear more from you. Stay well and Blessings.