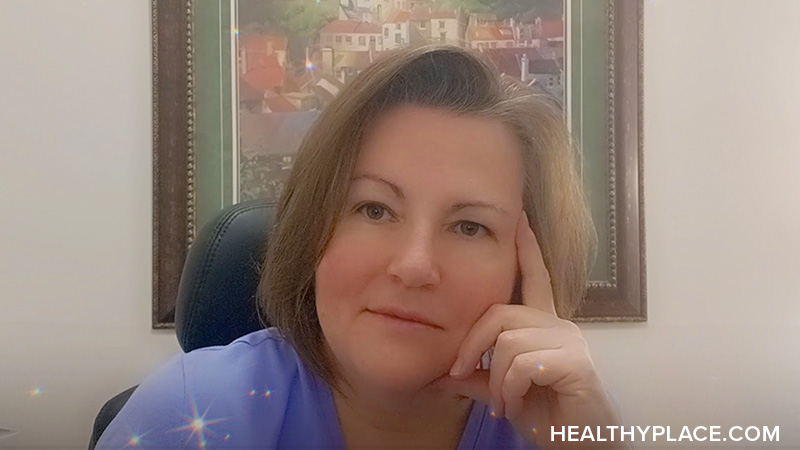 My name is Liana M. Scott, and I've recently joined HealthyPlace as an Anxiety-Schmanxiety Blog writer. This isn't my first gig at HealthyPlace. I was part of their Coping with Depression blog team back in 2013/14. Since then, my mental health challenges have changed insomuch as anxiety is now very much the focal point of my mental illness.

I had my first panic attack at age four—that being my earliest recollection. My next recollection of having a panic attack was around age 10. Panic and anxiety followed me through adolescence and into my 20s and 30s, with little understanding of what I was experiencing. Finally, in 2001, nearing collapse from untreated mental illness, I was diagnosed with generalized anxiety disorder and depression. Panic disorder was not part of the diagnosis. The term “panic attack” wasn't widely used or known to doctors back then. When describing the terrifying symptoms of my panic attacks to my doctor, she sent me for blood work and heart tests. When all the tests came back normal, that was basically that.

It's been 20 years since my original diagnosis, and much has happened. Along with the peaks and valleys of mental illness over the years, as I neared menopause about five years ago, depression took a back seat to mounting anxiety. The continuing roller-coaster of fluctuating hormones and their effect on my mental health, as well as stresses associated with the COVID pandemic, has been a real battle. And, much to my utter dismay, panic has once again reared its ugly head. I am currently in recovery from the worst episodes of acute anxiety and panic that I have ever experienced.

I come from a long line of mental illness suffers, specifically on my father's side. These illnesses range from schizophrenia and obsessive-compulsive disorder (OCD) to depression and anxiety. I am one of four children. We all suffer aspects of OCD, depression, and anxiety to varying degrees. I also struggle with undiagnosed excoriation (skin picking) disorder. Along with my father and three siblings, I also have something called congenital (since birth) aphantasia, which is an inability to visualize—also known as image-free imagination, blind imagination, or mindblindness.

Writing this bio is interesting. Obviously, I know my own story. But every time I write it, I realize how much I've endured. I realize how strong I am. I realize how brave I am. As a contributor to the Anxiety-Schmanxiety blog, I will share with you my struggles with anxiety and panic and the strategies I use to cope. I do this, so people who suffer as I do will know that there is help and that they are supported. You’re not alone. It's okay to be frightened and disheartened, frustrated, and angry. I sure have been. I want the readers of this blog to know that they too are strong and brave, and to remind them to pat themselves on the back and proudly say, "Hey! I did it! Today, I conquered."

For more about me and my experiences, watch this:

Welcome, Liana! So wonderful to see some new faces here in the new year. Looking forward to reading your blog, sharing, and connecting more.

Hi, Lizanne. Thank you for the warm welcome!

Amazing! SO proud of you ❤️