Acknowledge the Trauma of a Suicide Attempt to Move Forward 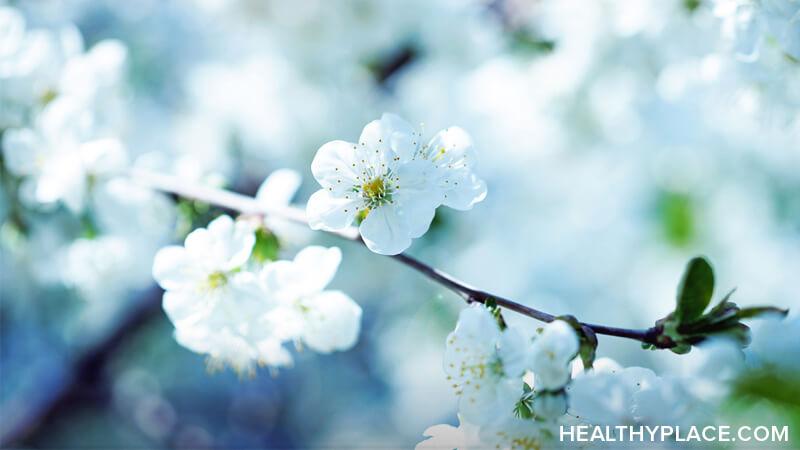 Trigger warning: This post contains a frank discussion of suicide as it pertains to the trauma of a suicide attempt.

Finding self-love after a traumatic suicide attempt seems like a daunting task. After all, of the many thoughts circling the brain after an event of intended suicide, very few of if any are positive. It's more common to feel fear, shame, and misery. And though the immediate hours, or days, or even weeks after such an attempt may be filled with distractions or adjustments, eventually the question will arise–can I ever learn to love myself after the trauma of a suicide attempt?

Acknowledge the Trauma After a Suicide Attempt

An incredibly important thing to remember after a suicide attempt is that it is a trauma. Yes, it is a self-caused one, let's put no buffers around that, it's the truth. But nonetheless, it is a life-changing event that is incredibly difficult to process. Suggesting anyone begin the journey towards self-love after the trauma of a suicide attempt is already a difficult task, but when we are carrying unprocessed trauma, it's downright impossible. It's like asking ourselves to climb a mountain carrying a backpack full of bricks. (We all carry a few bricks, nobody is baggage-free, but a whole backpack is way too much.) You have to lessen the load before you can begin the climb.

How we choose to process an event like this can vary, but here are two suggestions:

I discuss recognizing the trauma after a suicide attempt more deeply in the following video:

Moving Forward After the Trauma of a Suicide Attempt

One of the most important life skills we can learn is how to accept responsibility for the things we do. Have you ever met someone who refuses to admit they are anything but correct? We have a natural reaction to these people–we stop wanting to connect with them. Instead, we reach towards the people who are able to admit fault and still be okay with themselves. These are the people who have learned self-forgiveness.

After a suicide attempt is a time when we can learn to tap into self-forgiveness. It's not easy, of course, but there is incredible power in learning to release the self-blame that often follows a suicide attempt. We learn to tell ourselves that life is filled with stumbles and falls and that we can't prevent them all. We can only pick ourselves up and keep going.

How are you moving forward after experiencing the trauma of a suicide attempt? Let me know in the comments.

If you feel that you may hurt yourself or someone else, call 9-1-1- immediately.

APA Reference
Mahrer, B. (2019, September 19). Acknowledge the Trauma of a Suicide Attempt to Move Forward, HealthyPlace. Retrieved on 2023, January 29 from https://www.healthyplace.com/blogs/buildingselfesteem/2019/9/acknowledge-the-trauma-of-a-suicide-attempt-to-move-forward

How to Calmly Deal With Suicidal Thoughts
Dealing with Self-Esteem Issues as a Freelancer
Randy
October, 13 2022 at 8:13 pm

3 days later, I'm still processing it and only feeling underlying guilt over the fact of being emotionally void and not considering the impact on my sons, who I'd never intentionally hurt. Haven't been functioning or working since.