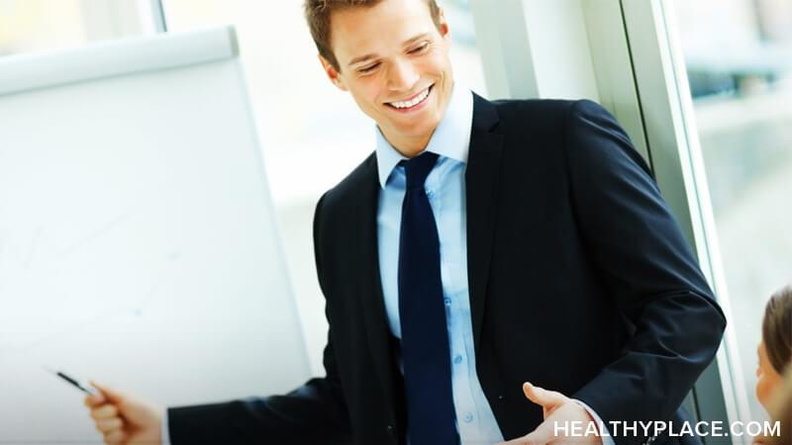 Confident people make mistakes when they're trying to look more confident than they feel. The big mistakes mentioned in this post can be uncomfortable to admit, but once you do, you can build a better relationship with yourself and be an even more confident person.

Jake always talks about his “messed up childhood” and considers himself “bad at relationships” making jokes with his friends on how he will be single forever because no one would ever put up with him. Generally this is followed by a punch line of horrific date he was on and how he acted, with roaring laughter from others. Jake rarely asks for help when in a pinch, leading to a lot of stress and internal anger.

His friends and colleagues unwittingly reinforce his behaviors because they laugh with him or they praise him for getting the job done alone. It's confusing to Jake, and often it can be uncomfortable for his peers to see, but they go with it anyway. Sound familiar?

Here are the four ways you can undermine your confidence. 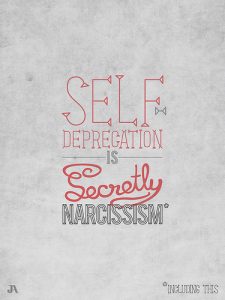 Self-deprecation is the act of belittling or undervaluing oneself; being mean to yourself in a more humorous manner.

Let’s face it, this is uncomfortable to be around. Many people think it’s funny to makes jokes about their shortcomings, and they do it because it’s easy. Sure people may laugh, but many times it is due to them feeling awkward or feeling sorry for you. It conveys that you don’t really like yourself. Many comedians use this, however if you are not on stage or getting paid to make others laugh at you, you're inflicting a lot of negative talk inward. Self-deprecation also perpetuates deep-rooted problems by attempting to make light of them. Really, one needs to make them an issue to work on, not a failure to make jokes about.

Instead, notice the pattern and situations you feel the urge to insult yourself. Act opposite and be nice to yourself or don’t say anything at all. Another option is to focus on others and ask them questions, or engage in an activity, focusing on someone or something else.

Focusing on yourself is a difficult mistake to recognize. You may not even know you are doing this. When someone is talking to you about their issues or their day do you turn it back on to you? Do you ask question about them or inquire about how others are doing? Really take a look at how your conversation style. If you neglect to listen others perceive you to be self-absorbed, which is the opposite of confident. 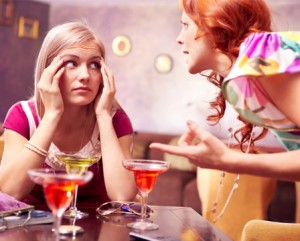 focus on listening skills. Are you validating them, asking how they are doing or their thoughts on the subject matter? Make sure to start including these in your conversation skills.

Criticizing others shows people that you are uncomfortable with yourself; you have to deflect it to someone else. Publicly talking about how someone looks, being judgmental about someone’s views, and talking about others behind their back (gossip) can backfire. Although others may act, and really be interested, they often lose trust in you and question your confidence. Someone who is self-assured doesn’t need to put others down to feel good about themselves.

Instead, catch yourself when the urge to be negative about others comes up. Practice looking at it from someone else’s perspective, put yourself in their shoes.

Not Asking for Help When You Take on Too Much

Not asking for help, or thinking you can handle it all is big mistake people make when they are attempting to become more confident. Everyone needs help sometimes, and knowing when that is, shows others you are comfortable with yourself. Trying to do it and getting it wrong, effects self-esteem. When you avoid asking for help, it can make you seem like a know it all, or conceited, which is the opposite of confident.

Try to look at these mistakes as learning tools. Learn to adjust so that you feel better about yourself and project a more confident person to the world.

I am struggling with mental illness. I work, pay my Bills, get thru each day best I can. I take my meds. I see my psych. This article is highlighting where I'm going wrong and what I can do about it. Well, that's helpful. Each day is a ducking nightmare, but thankyou for pointing out my faults.

Hi Jane, sorry to hear about your difficult time. It sounds like you are doing a lot of things right, even though your mind may be trying to tell you otherwise. Keep taking mental notes of all the things your doing right, paying bills, taking meds on time, and getting to appointments. You will likely find that you are doing many more positive things for yourself than the negative voice tells you that you are. Good work, I know lots of people who don't do what your doing, keep it up!