The Connection Between Self-Hatred and Suicide 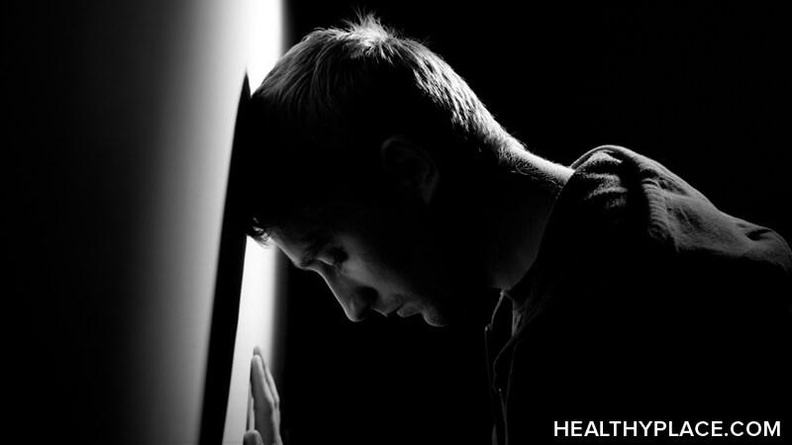 Self-hatred is an attitude about oneself that can increase the risk of suicide.1 Some people may not quite get how anyone could hate him or herself. But it’s actually a common problem. Suicide Awareness Month is an opportunity to look at the problem of suicide honestly. This means underlining what the risk factors are for suicide. After all, many people – whether or not they are personally connected to someone who has thought about, attempted, or died by suicide – may fail to grasp why the idea could ever enter a person’s mind. Greater understanding will make suicide prevention easier. It allows us to spot warning signs, such as self-hate in connection with suicide, and respond appropriately.

When you have low self-esteem, you dislike yourself. You struggle to see any of your positive qualities or you diminish them. And you turn yourself into a bad person by giving yourself negative traits you don’t have or by exaggerating those you do. Any mistake you make is blown out of proportion. You always beat yourself up.

Self-loathing or self-hatred is something quite different. When you deeply hate yourself, you cannot stand yourself. You view yourself as the absolute worst person on the planet. People with low self-esteem may not want to be friends with themselves. But those who carry the burden of self-hatred turn themselves into an enemy. Self-hatred encourages feelings of intense rage, disgust, and vitriol towards oneself. It becomes impossible to believe that you are valuable, lovable, or capable of anything.

People may end up hating themselves if their low self-esteem spirals out of control and goes unchallenged. Self-hatred is also a symptom of many mental illnesses, including bipolar disorder, depression, and borderline personality disorder.2

The Connection Between Self-Hatred and Suicide

Self-loathing can make you vulnerable to suicide because it tends to foster beliefs about how you’re a burden, a failure, broken, and unsalvageable. If you hate yourself, you may want to do harm to yourself, which can take the form of self-injury, engaging in behavior that could potentially be fatal, such as excessive drug and alcohol abuse. When you think of yourself as this unforgivable, despicable character you may genuinely wish you never existed and think you don’t deserve to live.

In this way, self-hatred can lead to suicidal thoughts, which, if left unchecked, can be taken as sacrosanct and authoritative. Not everyone who has suicidal thoughts will make plans and act on them, but, of course, these thoughts are always precursors to the act of suicide. People who experience self-loathing are often suffering immensely. They would do anything to make the pain go away. Suicide becomes a viable option.

Preventing suicide depends on working with the deep-seated issue of unworthiness. The emotional hardship of self-hatred can be soothed and resolved in all sorts of ways. Isolation lets self-hatred fester. This is why it’s crucial that people who struggle with self-loathing surround themselves with people who will lend them an empathetic ear – this could be friends, family, a spouse, a neighbor, a therapist, a support group, or an online community.

Ultimately, though, the greatest antidote to self-hatred is the practice of self-compassion. Of course, when you really hate yourself, it may feel impossible – downright unthinkable – to show any kindness towards yourself. Yet it is possible. There is always room to regard and treat yourself in a warm, friendly, and comforting manner. Self-compassion is a muscle. With practice, it is strengthened. When you choose, time and time again, to direct kindness towards yourself over punishment, it becomes easier to accept yourself and to manage your emotional pain.

The Difference Between Self-Esteem and Self-Worth
How Money Affects Self-Esteem
Alex. H. Telfer
December, 24 2022 at 6:17 am

I HAVE had self hatred for 48 YEARS. I have thought about it everyday of those 48 YEAR'S for about 5 HOURS EVERY day of my 48 YEARS. I just feel like commuting a very gory public suicide to get back at SOCIETY and my parents who are over 80. It would kill them. A great motivator. If Tuscan emotionally abuse me for too many years to you count then I can finish them off for GOOD, EXCELLENT

I HAVE had self hatred for 48 YEARS. I have thought about it everyday of those 48 YEAR'S for about 5 HOURS EVERY day of my 48 YEARS. I just feel like commuting a very gory public suicide to get back at SOCIETY and my parents who are over 80. It would kill them. A great motivator. If Tuscan emotionally abuse me for too many years to you count then I can finish them off for GOOD, EXCELLENT

Thank you for this information. Me and some kids are doing a project on how to prevent suicide, and this website was very reliable. Thank you so much. You have saved lives for sure.