Why Rejection Isn't Real and Shouldn't Harm Your Self-Esteem

I don't believe in rejection, at least not anymore. I now think that rejection isn't real and shouldn't harm your self-esteem. Rejection is a false belief that makes you insecure. You may believe that if someone doesn't accept you than you've been rejected. For some, it's feeling like they don't fit in with the norm or that they didn't get the outcome they wanted in a situation. Either way rejection weights down your self-esteem and ability to feel confident in a profound way. The truth is, not being accepted or chosen, isn't about you at all, it's about the box you are trying to fit in. Rejection should really be called a blessing in disguise. 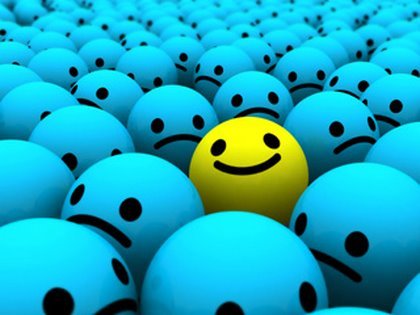 If you are like the old me, then you would be rolling your eyes right now. That's because we have put so much stock in the word "rejection." I believed that if I didn't get the job, the date or the part it was because there was something wrong with me. When in reality, it wasn't the right person or situation for me.

Thank God, that guy in high school didn't want to be my boyfriend. I would have never dated the next person who was actually a good fit for a while. If I would have gotten into the college on the East Coast, I wouldn't have met my best friends or had the education that I am grateful for today. Think about the things that you believe were rejections in your life, were they really or were they blessings in disguise?

As humans we are wired to want to feel accepted, it's part of our self-esteem and biology. If you weren't part of the caveman tribe you were more likely to be eaten by predators. Today, it's still hardwired -- you want to fit in because it feels safe. This is just fear. Do you really want to feel accepted by that crummy group of friends? No, but your fear feels anxious, which makes for some major self-esteem issues.

You may desperately try to fit the mold of what you feel others want, but it never works out because fear, not reality, is running the show. What relationship or job, or anything, really, works out in the long run when you have to alter your authentic self to be a part of it? Have you ever heard of a good relationship coming from someone changing themselves to please their partner? Instead of saying you are going to be rejected, or were rejected, let's try a new way of thinking.

Reframe Rejection to Help Your Self-Esteem

You are not being rejected, you are being saved from someone that doesn't see a future, or a situation that isn't a good fit for you. Say you are trying to get a job and they prefer an applicant that is bilingual, and you're not. Does not getting the job mean you were rejected? Not at all. It means that they founds someone who is a better fit for the position. Let's be honest if you had clients or customers that were speaking another language how effective would you be anyways? There is probably a better job out there. Instead of telling yourself that you were rejected, reframe it to something less damaging, such as it wasn't the right fit or the best situation for you.

Rejection often comes up for clients (and for myself) in relationships. Do you want to be with someone who doesn't want to be with you? That's not rejection, it's poor fit or the wrong person for you. You are amazing and have unique qualities, you should be with someone who wants to be with you, just, genuine, you. Look back on relationships with friends or romantic partners. Are there some that you used to look at and feel rejection about but can now say "it wasn't about me it was about them" or "I'm so glad that it didn't work out, they weren't the right person for me?"

Try to remember that rejection isn't real and it shouldn't harm your self-esteem. The less you let the false belief of being rejected impact you and the more realistic you are, the better your self-esteem and self-confidence will be. When you start to accept yourself, rejection will no longer feel real to you either.

Communicating Effectively Is a Skill You Can Learn
Healthy Self-Esteem Regardless of Employment Situation
Maya
August, 14 2019 at 3:59 pm

I really liked the content you wrote about. I went through something recently that felt like rejection and it really made my self-esteem go down. I'm trying to repair myself but it's hard and I still question myself my attractiveness and personality. I am determined though to love myself though the pain I felt and still feel sometimes.

I think it's completely normal to feel this way after a rejection. It sounds like you're focusing on what's important, though, and that's using this experience as an avenue for your own personal growth.

Thanks so much, great article. I am wiping the word "rejection" from my vocabulary.

Glad it was helpful Debra! You rock thanks for reading!

Thanks so much. I really needed this

I never looked at it this way! I'm looking back now and realize that so many of the unhappy decisions I've made have been from trying to "fit in" where I didn't actually. I married the wrong man because I was tired of all of the jibes about being single at the age of 28. I wish I could take it back! I let it ruin my life long after we split up. By marrying him, I removed the chance to at least date someone compatible with me! Thank you for that completely different and better definition of rejection!!

At least you realized he wasn't the best for and did something to change your situation. So many ppl stay in a relationship for whatever reason because of fear of the unknown but you actually took the courage to break it off. Good for you. I wish you the best and hope you meet someone terrific for you.