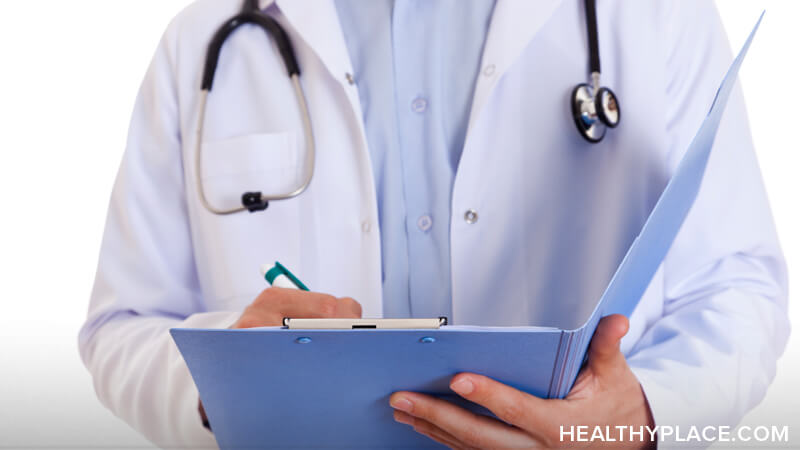 What Is Medical Consensus in Psychiatry?

According to the Medical Dictionary,1 a "consensus statement" is:

A comprehensive summary of the opinions of a panel of experts about a particular scientific, medical, nursing, or administrative issue. Its purpose is to provide guidance to health care professionals esp. [especially] on controversial or poorly understood aspects of care.

So a psychiatric medical consensus, then, is a summary of opinions about a topic relating to psychiatry. As the above definition says, this is typically issued for controversial or poorly-understood subjects. A medical consensus may lead to a formal position or policy for an organization and typically drives practice guidelines.

For example, the American Psychiatric Association (APA) published the following in 2015 as their official position on electroconvulsive therapy (ECT):2

Electroconvulsive Therapy (ECT) is a safe and effective evidence-based medical treatment. ECT is endorsed by the APA when administered by properly qualified psychiatrists for appropriately selected patients.

This is the conclusion all the available evidence has led to, even though ECT may be considered controversial by some.

Why a Psychiatric Medical Consensus Matters

Often, doctors look to a medical consensus for information on how to treat someone. That is because doctors don't have the time to read all the research on every topic. It's impossible to keep up with every study in every journal. Moreover, all doctors, even specialists like psychiatrists, must treat things in which they have not analyzed all the data. (The more refined the subject area of a specialist, however, the most likely they know all the literature on it.) That's why experts in a particular area of medicine, those who do understand the technical details behind all the studies on a given subject, are the ones who shape the medical consensus. Consensus indicates a broad acceptance.

For example, for the above, the APA Assemply plus their Board of Trustees had to sign off on the written official policy.

Don't Patient Opinions Matter in a Medical Consensus in Psychiatry?

For example, there are special interest groups out there who will tell you that ECT is evil and should be outlawed. There are also people who have had bad experiences with ECT. But as I said, in any room of 1000 people (like patients), some are going to disagree (and in the case of patients, most aren't going to understand the scientific literature).

And if you research ECT on your own, you may be very scared by the bad experienced and/or swayed by special interest groups. These things may form your opinion on ECT.

Why Medical Consensuses in Psychiatry Matter More Than Your Opinion

And this is where the importance of a psychiatric medical consensus comes in. During your research, you may have found scary stories, but those stories are by one person on the Internet, and you don't even know if they are real. And if there is a group that collects these stories, they may look overwhelming. Moreover, you may have found a study that appeared to support a scary position. But the psychiatric medical consensus on ECT should be weighed more heavily than any of that because actual experts drove it. Actual experts who really run studies and treat patients every day and understand neuroscience drove that consensus. That makes it infinitely more meaningful than random anecdotes on the Internet. It also makes it more meaningful than any one, single study of which you don't understand the mechanics.

I get asked all the time what my opinion is of ECT, and I get asked whether an individual should get it. My answer is always the same: Electroconvulsive therapy can be a very effective treatment for some conditions (like treatment-resistant depression) and is a good choice for some people and not others. The only way you will know which one you are is by talking to your psychiatrist.

I can confidently say that because my opinions, too, are evidence- and consensus-driven. I know that some people don't agree with that, and that's okay. Psychiatric medical consensus is more important than those patient's opinions. And that's okay.

(Note that I am not saying you have to do something just because there is a medical consensus in psychiatry. As I mentioned, each person is an individual, meaning that some things will be right for you while others won't. That's okay, too.)

Obsession with Your Own Suicide
The Appearance of High-Functioning Bipolar Online
M
August, 2 2020 at 11:12 pm

I think I understand the point you are trying to make, that psychiatrists need a guide of some sort based on a consensus of well educated, experienced professionals in their field of expertise. Somewhat like how info is currently collated into the DSM and revised every couple of years.
I’ve noticed that some psychiatrists specialize/focus a large part of their practice on patients with a particular type of diagnosis (since that’s where their special skill set lies). Their main focus being on maybe a half dozen different diagnosis.
In much the same way a psychologist will often focus their practice on treating individuals with a certain type of issue ie drug & alcohol addiction, depression & anxiety, marriage & family, PTSD & sexual abuse, etc
Having an overall guide is good, but in my humble opinion...
The treatment is only as good as the diagnosis and the diagnosis is only as good as the one making it and the information received from the patients themselves as well as those that know them best.
Unlike days of old, professionals nowadays do not spend nearly enough time getting to know their patients or allow outside input from those that know them best.
In my opinion professionals need to focus a lot more on building a strong healthy empathetic therapeutic relationship with their patients. Empathy and trust goes a long way in getting a patient to open up. I’ve heard of some drs who won’t even tell a patient what their diagnosis is. How can anyone be expected to trust a dr who prescribes meds for an illness that they are not even informed about. A collaborative caring approach is much more important than an authoritative paternal one. Drs need to take the time to listen more and address their patients concerns instead of being dismissive of them or undermining their intelligence. The patient needs to buy into their diagnosis to accept it and take appropriate responsibility in the treatment of it
I recently watched a heartbreaking video by Kay Warren the mother of Matthew Warren who committed suicide. She entrusted her son’s life to the professionals who were unable to help him. Ironically Matthew’s father Rick Warren wrote the popular book “A Purpose Driven Life”. Kay has become a mental health advocate. Here is her speech at a summit on children’s mental health
https://m.youtube.com/watch?v=H4cC1SwFWxU and one in front of a group of psychiatrists https://m.youtube.com/watch?v=LlvlZyHn5CY
Matthew Warren lived with mental illness and suicidal ideation from a young age. His diagnoses included depression, obsessive compulsive disorder, bipolar disorder and near the end of his life, borderline personality disorder. Matthew, took his life on April 5, 2013. The system had failed him. He’d become cynical of professional help, and turned to a blog devoted entirely to people on the verge of suicide. A very tragic ending