I'm Not a Psych Patient Survivor or Bipolar Survivor 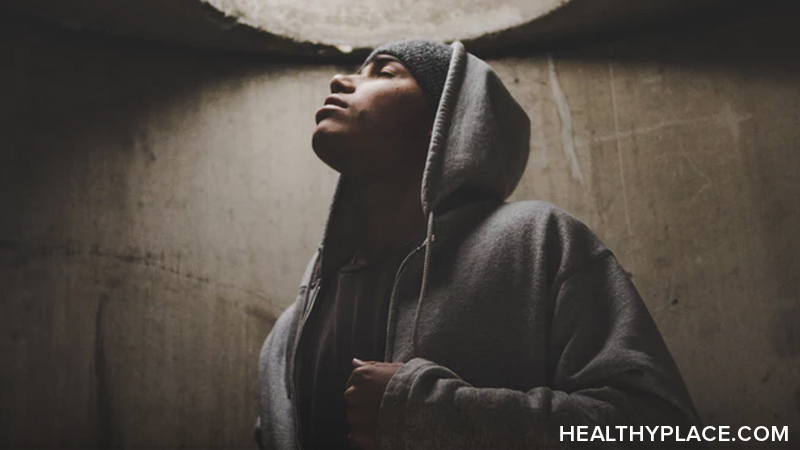 We all survive everything we do because, well, we're not dead. I know this because dead people rarely write or read blog posts. But we don't claim to be a "survivor" of all the things we do in our lives. We're not "driving test survivors" or "physics class survivors" or "someone-stole-my-parking-spot survivors." We're just not.

I get that the word "survivor" is tacked onto things we perceive to be traumatic and negative. People are "sex abuse survivors," for example. This is as opposed to "sex abuse victims." Personally, I see no reason not to say a person is a victim of a crime such as sex abuse, such as one might be a victim of a mugging (not a mugging survivor), but that's the politically correct times in which we live. "Victim" is out. "Survivor" is in.

But okay, if you want to lean that way, that's your business, but putting bipolar and being a psych patient in the same category as sex abuse is ridiculous and insulting. Bipolar disorder is a chronic, medical condition much like diabetes or epilepsy. People don't force you to say, "diabetes survivor" or "epilepsy survivor." And this is because these aren't considered inherently negative and traumatic things that require reframing to make people feel better. (Of course, if you've ever seen a person have a seizure, you know that it is both negative and highly traumatic [at least initially] for the person who has to go through it.) And while I'll give you that bipolar disorder can be negative and traumatic, one doesn't "survive" it, one lives with it on a chronic basis. One is continually attacked by it. One carries it around like an anvil on a chain attached to one's ankle. That's bipolar disorder.

And as far as being a psych patient goes, it's in the same category of being a cardiology patient or a neurology patient or anything else -- it's awful because of whatever you're treating, it's hard because of how difficult treatment is, but it doesn't deserve to be treated like something akin to being kidnapped.

Reframing Surviving Being Bipolar or a Psych Patient

I know that adding the term "survivor" is supposed to reframe things in a positive light. I consider this to be a tacit lie, however. It's a lie on two accounts:

I know people like to highlight the positive, and that's okay if that's your thing. But please remember that those of us who deal with reality in a non-rose-colored way don't want to and don't need to do that.