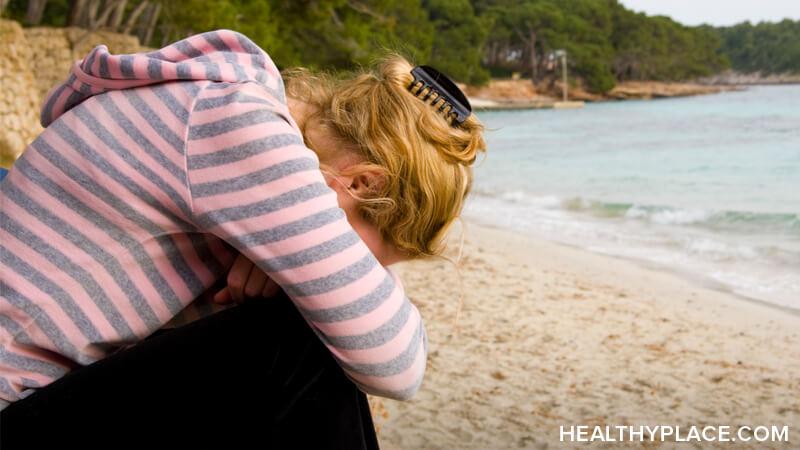 Feeling Like a Failure Because of Having a Dirty, Messy Apartment

And it's not like I don't try to clean up. I do. But I'm exhausted and overwhelmed at all times, making anything beyond a load of laundry nigh-on impossible.

And I've rejected getting any kind of help for years. I couldn't really afford it, and I didn't want to face up to feeling like a failure. My desire not to be a failure is quite high. So I've lived like this for years. I've lived with so many things undone for so many years because of shame and avoidance of failure.

But a coupon crossed my way, and I bit the bullet and had a cleaner in for two hours. He put his head down and did his job. And now it does look much better, I'll admit. And I'm trying to get over feeling like a failure.

Because, of course, many, many people have cleaners in to help them with that task and they are not failures. These are people without enough time on their hands or people who just hate cleaning. These things are okay and do not make anyone a failure.

Except for me, of course. There is always a double-standard where I am concerned. It's okay for other people to get help but not me. I need to be 100% self-sufficient. I can't admit to anything less. I can't live with anything less.

And, of course, if you're feeling perfectionistic, then you also tend to feel failure a lot as no one, indeed, is perfect.

So, I'm trying to tell my bipolar depression to get lost and take its perfectionism with it. What I did was reasonable and understandable, given the fact that I have at least two chronic health conditions and have to focus on making a living in order to survive. When you're chronically ill, with a mental illness or anything else, you must adapt, and part of that adaptation is getting help for what you can't manage yourself. This is a make-it or break-it skill. And while I acknowledge that, I also acknowledge that I'm still working on it.

APA Reference
Tracy, N. (2020, November 18). Feeling Like a Failure for Getting Help, HealthyPlace. Retrieved on 2020, December 5 from https://www.healthyplace.com/blogs/breakingbipolar/2020/11/feeling-like-a-failure-for-getting-help

I understand how you feel. If I can’t do a task perfectly I tend to procrastinate doing it at all until I’m able to muster enough energy to do it in a way that meets my high standards, hence the depressive clutter.
This ideal of perfectionism is an absolute must for the type of work I currently do. I work a lot with numbers. That is why most of my energies have always been directed toward paid work and less toward my domestic life. My survival has deeply depended on it
Two week ago I asked my boss for more training. There are about 5 different desks that all fall under one job description. For 7 years I’ve been happily doing just one of these desks. Next spring most of the duties at my current desk will be considered obsolete so it’s imperative I receive training, especially in those other desks (which are currently staffed by people half my age). Most of those other desks can also be done remotely from home (a definite advantage during the pandemic) while my current desk can not which means somebody has to be brought back into the office to reluctantly train me.
Last Fri I was ecstatic when I finally received some of the training I’d requested. I already knew how to do the job because I’d done it before for a very long time but that was many years ago and things have changed a lot, they are much more automated now. I found myself writing copious notes and thankfully I also got some hands on experience as well which helped to build up my self confidence. I have always learned better by doing
Unfortunately computer techie stuff is not my strong point but I am open and willing to learn. Back in the early 80’s when I started working if you typed a row and wanted to advance to the next you had to manually do it on a typewriter. We used a lot of correction fluid and carbon paper (there was no copy & paste, or edit functions and everything was filed in a cabinet/drawer instead of a drive, LOL
Now as the bipolar twist of my fall/winter seasonal depression sets in and the covid19 numbers in our province continually rise with ever increasing government restrictions, I’m noticing my energy levels starting to take quite a dip. To help combat this I have been doing my best to practice good self care
Last night for the first time in a long while I actually slept a whole 16 hours only to find myself unrefreshed upon waking this morning
Besides work there are also other stress factors contributing to this unquenchable exhaustion as well.
My cell phone is dying (It’s my only access to the internet and important timely info at the moment). I am quickly trying to save important stuff on it before it gets wiped clean. I want to trade it in for a rebate on a new one and roll the difference into a monthly payment plan. I am also waiting for a cheque from the “bank of mom”, a small advance on my inheritance she says so I can also buy myself a new computer (the first and only computer I’ve ever owned died last year). Hopefully I can get to a store in time before things shut down again and hopefully I can get help some setting up my new cell phone and computer because I am gonna need it!!!
If all else fails at least I still have a land line/life line during these trying time of government imposed social isolation/restrictions due to this damn pandemic