I Can’t Do It – Bipolar’s Invisible Barrier 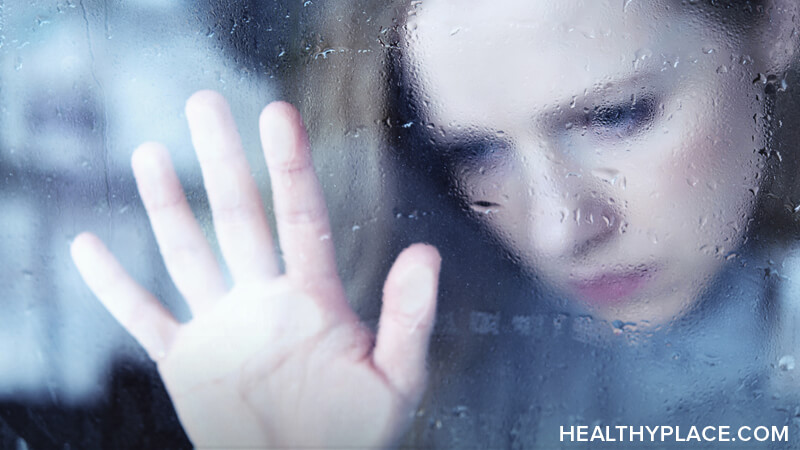 There are so many things that I want to do during the day but I can’t do them due to the invisible barrier of bipolar disorder. When I try to explain that to people, it’s almost impossible. I just can’t do things. It’s like I’m weighed down with 1000s of pounds. There’s an invisible barrier that bipolar disorder erects between me and what I want to do.

What Do I Want to Do that Bipolar Prevents?

What Is an Invisible Bipolar Barrier?

It’s the lack of brain space, the lack of motivation and the lack of caring that makes up this invisible bipolar barrier. I know it seems impossible that an illness simply known as an episodic mood disorder could do all these things but it can. It does. So often I’m trapped by a bipolar disorder barrier that I can’t see but affects me so greatly.

I think what frustrates me the most is that I, intellectually, know the barrier is there, but not seeing it means I almost don’t believe in it. I’m writing about it and it’s hard to believe in it. Instead of believing in this invisible bipolar barrier, I just believe that I am a failure. I fail to vacuum, clean and cook. So, being that I barely understand about this invisible barrier, it’s pretty hard to think that someone else could get it. And, so, I know that not only do I feel like a failure, but I suspect I look like one too.

What I want people to know is that the chains that prevent me from moving are real. I know you can’t see them. I know it’s hard for you to fathom their existence. I don’t blame you a whit. But they are real. I know they’re real because I try and try and try to overcome this barrier and I just absolutely can’t do it. It’s not that I don’t want to, exactly, it’s just that I can’t.

I guess I feel like a person in a wheelchair. You wouldn’t expect that person to reach things on the top shelf, his or her disability prevents that, but I’m expected to leap, without legs, to the top shelf all the time. Reaching the top shelf is so simple – if you can stand. But bipolar disorder affects my brain so that I can’t stand. It’s frustrating; it’s invisible, but it’s real.

Coping with Intrusive Thoughts in Bipolar Disorder
Permission for the Day Off Work Because of Bipolar
Terri
January, 22 2018 at 5:37 am

This hits home with me. There are so many things I just cannot do, no matter how I try. I sent a copy of this article to some important people in my life in hopes that they can understand where I'm coming from.

I'm in this depression again!! I was doing so great, I can't believe I'm here again.
I have been being EXTRA active with close to 20,000 a day from what used to be MAYBE 1500. I started taking Welbutren. I FINALLY felt "normal", like when I was younger.
Low and behold after one AMAZING month that i pride myself on flushed down the drain. I have gotten into a crazy depression all if a sudden and I can't get out of bed. I think I have physically made myself ill because I thought I was sick with the flu but I'm starting to find out that I'm not sick maybe a little congested.
Why what can I do ???!?!?!

Hi Sarah,
I'm sorry you're in a depression right now. I know it's hard to accept, but sometimes we can do everything right and still get sick.
I can't tell you a magic bullet formula to feel better, but I can tell you taking your treatment one step at a time is the best way to get there.
- Natasha Tracy

You have nailed it.Thank you for sharing your experience. l

Hi Suzanne,
Depression is a part of bipolar and the one most prevalent for me. So, yes, it's bipolar disorder.
- Natasha Tracy

I suffer from mania mostly and I can say when I’m manic I can’t do anything either. My mind is so disorganized and confused it’s hard to move forward and take care of just my basic needs.

Thank you so much for writing this. My son has been diagnosed as ADHD, but his therapist and I suspect it may be bipolar. (I am bipolar.) I totally see the "invisible barrier" in my son. He has no motivation and no interest in anything. He just doesn't care about anything. It's so frustrating. I don't know how to help him.