Avoid Suicide by Looking Forward to the Little Things

I have found that one way to avoid suicide is to look forward to the little things. I know that sounds simple, but some of the most useful coping techniques are and as I’ve said to many people, when you have a mental illness, you need to do whatever works for you. If it’s stupid but it works, then it’s not stupid. And one of the “not stupid” things I’ve found to avoid suicide is focusing on looking forward to the little things.

I have bipolar disorder that primarily manifests as bipolar depression as the medication does a good job of suppressing the highs, but not the lows, of bipolar disorder. In this protracted depression I so often experience, I often feel, daily, like I want to die. I wouldn’t call it being suicidal, per se, as I don’t plan on taking my life, but it is a desire to die.*

And so, having this desire, it’s really hard for me to want to wake up tomorrow and it’s hard not to feel disappointed when I do wake up.

But I’ve figured something out: to find more meaning, to avoid suicide, it’s important to find things to look forward to.

Looking Forward to the Big Things? 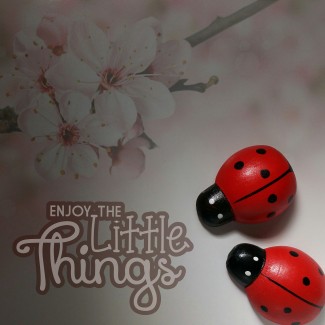 On the other hand, if I focus on appreciating, and looking forward to, the little things, there are many more to look forward to in a week, let alone a year.

Looking Forward to the Little Things to Avoid Suicide

So I’ve started looking to the tiny things that happen in life to look forward to. This might be trying out a new recipe (because I like to cook) or giving my friend her birthday present. These are little things that happen frequently so it’s easy to take them for granted. But if I focus on looking forward to these little things, it actually makes me want to die less. These “little things” help me to avoid suicide and suicidal thoughts.

Now, I know some people will think it’s dumb to look forward to something as simple as eating a new flavour of ice cream in the afternoon as a reward for working hard in the morning, but it works for me. I’m still here. It’s working. If I focus on the fact that two days from now, I get to see my friends and go out for brunch, it puts the desire to die to the side for a few days.

So I encourage you to look at your life, and all the simple, little things that go in it, and find something to look forward to. What you look forward to may be unique to you: a walk in the park, brushing your cat or getting a haircut; all of that is okay. Remember, when you’re battling a foe like depression or bipolar disorder, you need to do whatever works – whatever that is for you.

Avoiding Suicidal Thoughts By Looking Forward to the Little Things

For more on my bipolar depression and how I look forward to the little things to avoid thoughts of suicide, watch this video:

*If you feel a desire to die, please make sure to tell your psychiatrist/therapist. Just because I know that this feeling won’t lead to my taking my life doesn’t mean it’s the same for you and it’s easy to go from “wanting to die” to “planning to die.” Don’t let yourself fall down that slope (Going From Suicidal Thoughts To A Suicide Attempt).

So What If a Suicide Attempt Is a ‘Cry for Attention?’
Bipolar Disorder and Decreasing Functionality
Shae Hepburn
April, 26 2016 at 10:05 pm

If you can choose to focus on the little things then I am not really sure you are in a place of feeling suicidal.When a person comes to a place where you would rather die to end the pain of living,then the little things to look forward to are the last thing anyone would care to think about: the priority is for the pain to stop. Some people don't even realize that is what is happening. For me what really helped me was realizing that I didn't want to end my life but rather I wanted the pain to stop. Secondly it's about finding meaning, and a reason to get up in the morning and to choose to engage in life again. That is the hard part and something I am still working on. But it's also about making a sense of what life means and that's very individual.
The thing I struggled with the most is not taking the thoughts seriously every now and again when I feel tired and I want to give up that perhaps ending my life would be the easy way out. I choose to remind myself over and over again, that giving up will not be the answer, it's about staying in the game(life) and that I have come so far by not giving in before and I choose not to have to keep revisiting the possibility of ending my life because it's quite a pointless exercise.
So I now don't take the thoughts seriously when they do come up,but rather choose to focus on being present in my life and focusing on finding a way through to finding solutions. Choosing life over and over again when you just want to give up because it feels less painful has been for me the single most important thing that I do and it's bought me to a place where I cannot stop the thoughts but I am not interested in doing that. What I am interested in is not buying into them and now I can honestly say that finding a "way out" is the furthest thing from my mind even on bad days where I have the tendency to give up. I think it's not about stopping the bad thoughts of suicide but rather learning to live with them but give them less attention or even better learning not to buy into them. I guess you can say that I have stopped running away from my life and from living and in my book that is the first significant step to reclaiming my desire to live a fully vital life again.