Maintaining Self-Esteem When ‘Bipolar’ is an Insult

And while I’m perfectly capable of understanding that the person who said it is simply ignorant and it should have no effect on me, the fact is, hearing your illness being used as an insult is hurtful and it is hurtful to your self-esteem.

There’s Something Wrong with Me – I’m Bipolar

I can tell you there’s nothing wrong with you. I can tell you you’re just a person with an illness. And you can even believe it. But truly internalizing that is son-of-a-gun hard to do.

Bipolar as an Insult 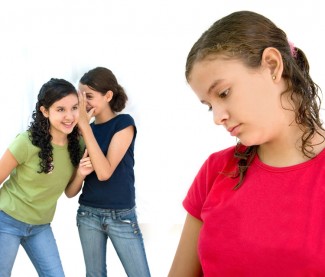 Yes, bipolar has stigma attached to it and many people feel fine about discriminating against people bipolar disorder. That’s probably why bipolar is seen as an insult by some. Certainly, if I’m prejudiced against a group of people and I call you one of those people, it is my way of insulting you.

Maintaining Self-Esteem When ‘Bipolar’ is an Insult

But here’s the thing – and it’s nothing you don’t already know – when a person uses the word “bipolar” as an insult, it says much more about him (or her) than it does about the person they’re saying it about or bipolar in general. It says they’re ignorant, hurtful, stigma-spreading jerks. It doesn’t say a thing about you. You know who you are and you know what bipolar really is and nothing another person can say will change that.

So even if the rest of the world thinks of bipolar disorder as an insult, you know, inside, who you are. You are a worthy, loveable, complete human being who just happens to have an illness of the brain. Other people’s small minds who cannot comprehend that are, quite frankly, beneath you.

You hang on to that self-esteem because it’s yours and no one can take it away without your permission. Don’t give the ignoramuses that kind of power over you. You are better than that.

Tags: bipolar as an insult self esteem

APA Reference
Tracy, N. (2014, February 25). Maintaining Self-Esteem When ‘Bipolar’ is an Insult, HealthyPlace. Retrieved on 2020, May 25 from https://www.healthyplace.com/blogs/breakingbipolar/2014/02/maintaining-self-esteem-bipolar-is-insult

The Importance of Baby Steps in Bipolar Disorder Recovery
Is There a Bipolar Treatment That Is Best?
Jane
June, 11 2017 at 8:56 am

Today I was just sitting there enjoying myself when my acquaintances had an exchange that stopped me dead. They were agreeing that someone they know is "a bit bipolar". It's so upsetting when it happens and it totally changes my mood.

What irks me is when a person refers in jest to their non mentally ill friend as bipolar because he/she displays emotion. It's a joke to them and completely invalidates all the work I have to do just to maintain "social acceptability" Granted, those rolling their eyes as they make the teasing comment to their friend don't realize that I, standing right next to them, actually deal with the REAL illness. But the insensitivity offends.
I've dealt with bipolar for 21 years and understand myself, my illness, and what I need to do to stay appropriately functional. That's not to say I do it all tbe time. Executing the plan is often very difficult and I fail. Hence the 2am post rather than peaceful sleep. I'll pay later but am glad to have found this blog tonight.

Maintaining your self esteem when someone insults you for anything 'from soup to nuts' as the saying goes is difficult to bear. Especially when it hits a nerve. I try to remember hurting/insecure people often hurt others so I usually do my best not to react. It's your reaction they feed off of. In moments like this silence is golden. In a weird way this sort of thing has strengthened me. It's forced me to believe in myself on so many different levels and have compassion for others instead of contempt. Being called bipolar in an insulting way is really not much different than being called a Jew because your'e thrifty or being made fun of because your a Newfie or Polish. Being called nigger because you're black. Being shamed for being gay or a 40 year old virgin. Being called a bastard for being illegitimate. Being called a slut (it takes two to tango my mother always used to say). Being called a raghead because you wear a turban as part of your religious beliefs. Being called a moron or a retard. Being call a fat pig because you are overweight (people are often unwilling to look beyond the weight, i.e. why someone overeats in the first place, maybe they are suffering from an illness that causes weight gain, maybe not. It shouldn't really matter) I could go on and on but you get the point. I know that even though I do my best to believe in myself it still hurts when someone insults me on any level. All I can do is try my best not to take it in. There will always be ignorant people in this world. As the old gospel song says, "they are are weak but he is strong...' Be strong. If you can muster up the courage to assertively tell someone why what they said was unacceptable to you then by all means do so but if you know to do so would make matters worse then just let it go. I know it's hard but what other choice do you have?

I have lived with Bipolar Disorder for 25 yrs. or more.I was not allowed to get help for many yrs. Most of my family dont understand. so i just choose not to talk to them about;. which i had someone to talk to.

It is so sad to be misunderstood by loved ones. I've never had anyone ask me about my disorders or for some reading material on the subject or a support group they might join. Instead, I get remarks, gestures and sheer neglicense. It's very isolating. It's difficult to try to make people understand when they really don't want to listen. They just prefer you be "normal."

I've had so called friends call their girlfriend's by saying,"she's being so bipolar right now." This is in my company as if I'm not bipolar at all! It was as if I was somehow an "acceptable" person with the disorder.
It's ignorance. It's stigmatizing but you know what? I'm not afraid to be me...
We just have to keep shattering the perceptions.
Lets make is so.

Why worry about your story
No one knows how it will end
The few who are close
Will often boast
She or he is my very best friend.

Great advice (especially for young people). But when you build a wall around your self to protect your self-esteem from those people - that can become a problem too. If you can't get away from the haters (if you're a student for example) that's your only choice for getting through it. So when you're older and want to be close to people, it's really hard to do. I don't know the answer (I did this in high school). Maybe talk therapy? Group therapy?

Hi Natasha
Thank you very much for your post. It was really great to see that in black and white. Im having a very difficult time in the past year with a diagnosis of bipolar and then for another doctor to now query it. My self esteem is in its boots and my physical health has detiorated so much since this early January. Iv been on and off many different medication and now my pdoc is tapering down the Lamictal as im having side effects to it : Arthralgia. Im quite a positive person and I was always physically very healthy until lately. This also has knocked my self esteem.
I came across your post tonight and it has helped. Its not easy but im doing the best I can do for now.
Wishing you well . Take care.

If only I had the self-esteem in the first place... :(