Recently, it was announced that the very first diagnostic brain scan for a mental illness became Food and Drug Administration-approved. This test uses electroencephalography (EEG) to diagnose attention-deficit/hyperactivity disorder (ADHD). Finally, people with a mental illness (in this case ADHD) can point to a biological test and say, look – see – my disorder is biological in nature and we can test for it.

It’s not terribly surprising that ADHD is the first disorder to have this type of test as we understand an ADHD brain better than we understand a brain with other disorders. Nevertheless, it won’t be the last. Scientists are actively working on diagnostic tests for depression, autism, bipolar and schizophrenia too.

And while I consider this a major breakthrough in our real, tangible understanding of mental illness, there are reasons why diagnosis by brain scans matters and reasons why it doesn’t.

As a person who fights antipsychiatry lobbies on a regular basis, it’s a real boon to be able to say that there’s an FDA-approved biological test for a mental illness. While I could always say that there was evidence of mental illness in the brain, I could never point to one, scientifically proven and accepted test – and now I can. Now I’m sure the antipsychiatry lobby will come up with denials of the science, and that’s fine, but being able to point to the test is still a big win. 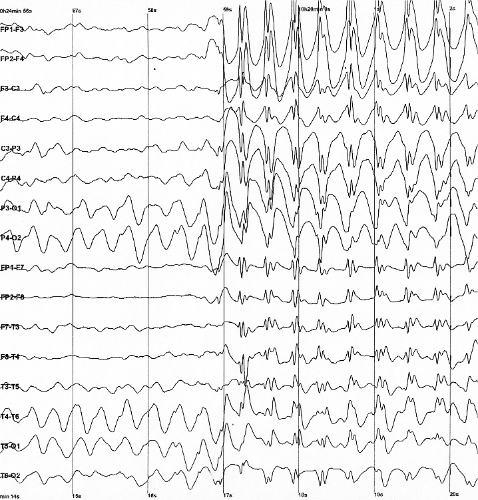 And, of course, it’s not just antipsychiatrists who lack understanding of mental illness. No, many people do and it will increase understanding to be able to say there is a test. It will increase acceptance. It’s much harder to deny an illness that we can see and diagnose in a brain scan.

Finally, a diagnostic test allows for a greater degree of certainty in diagnosis, which, in this case, is a particularly good thing as we’re talking about diagnosis in children. It’s a major improvement to be able to differentiate childhood ADHD from bipolar disorder or another disorder when we know that sometimes these disorders can look somewhat the same in children.

On the other hand, brain scans really don’t matter at all. As I stated above, it will force a greater understanding of mental illness and that is a benefit, but that’s not a benefit to patients directly. That’s a prying open of close-minded, misinformed individuals. Really, that benefits them more than patients.

Secondly, the above test is to be used in conjunction with other medical and psychiatric assessment tools. In other words, the brain scan is supplementary – it’s not designed to be used on its own. So if we’re still relying on the standard tests, how much good is a brain scan really?

Additionally, this test is going to be out of reach for many (if not most) people. Few people can afford to pop off for an expensive medical test that, at least initially, likely won’t be covered by insurance. Plus, few places are going to be able to process a brand new test.

Finally, we develop brain scans based on our understanding of those that have been diagnosed traditionally. So if we misdiagnose people then our research is flawed; and, of course, misdiagnosis is always an issue.

But brain scans do make people feel better. If we can point to a scan or a blood test we feel more confident in our diagnosis. It’s the nature of the beast. We don’t want to believe that our diagnosis is based on the clinical judgement of one expert – even if that clinical judgement is as good as a biological test in highly-skilled specialists (of course, there are many not-so-highly-skilled professionals doing diagnosing too).

So if there was a brain scan for bipolar disorder would I run out and get it? Meh. If it were free I would, but if it weren’t, I probably wouldn’t. Why? Because I know my illness. I know it intimately. And know it fits the diagnostic criteria of bipolar disorder and I know what medications have worked to alleviate it. A brain scan isn’t going to tell me anything I don’t already know.

That being said, as our scans become more sophisticated, they will become more useful. Soon they will be able to point to the right treatment for a person and that will be incredibly useful, particularly early in treatment. So right now their use is beneficial, just not as much as I would like.

APA Reference
Tracy, N. (2013, July 23). Why Diagnosing Mental Illness Via Brain Scan Matters and Why It Doesn’t, HealthyPlace. Retrieved on 2021, May 10 from https://www.healthyplace.com/blogs/breakingbipolar/2013/07/diagnosing-mental-illness-brain-scan-matters-it-doesnt

My sister has suffered from severe depression for years. Desperate to find the right approach. Meds are put on taken off. With a stomach stapled the old meds do not work. What would be a diffinatve answer.

I had a head strike and had a gran mal sezuire, and a few mini seizures then a brain scan to find a 5 bulbed brain aneurism . I did have learning problems in school and at home I would sit alone with my mouth open. I was told by the courthouse that I was born like that but my Dr never did say that. My attacker never got in trouble by the court , I never got to meet my attacker in court, nor did my kids. And the court would not show me of proof of my brain already being damaged before my attacker hit me. This situation was swept under the carpet.

It probly won't happen as soon as we'd like. But baby steps can't hurt.

I agree with that when this scan is more readily available it will be great for everyone but i believe children the most for so many reasons. Also agree with the fact it will help people who do not understand, hard evidence. This a great step forward, im excited for the advancements, and we need to keep it going!

I look forward to the day when a brain scan will be useful in not only diagnosing but helping with treatment options. I hope that day comes sooner rather than later. wouldn't it be great not to feel like you were playing a sort of "Russian roulette" when it came to finding the right meds?

The brain is more than the sum of its electrical potential. We advance exponentially usually by mistake or in dreams. Hard work and deep pockets help too. How do we measure what state we are in when we are using the same device (our intellect) to construct a record of that device? A mirror for the mind is madness. Hoist the kites, I think a thunder storm is near. (reference to Frankenstein)