Why It’s Ignorant to Write Off Psychiatry

If you’ve been poking around for mental health information for a while you’ve probably seen them: The people who decry psychiatry and all associated therapies. These people come in various shapes and forms but they often call themselves “psychiatric survivors” or “antipsychiatrists.” These are people who claim that psychiatry is evil and psychiatrists are nothing but abusers. These are people that claim that psychiatric medication will cook your brain and that those who use psychiatric services have simply been duped into believing the lies of “big pharma.”

It should surprise no one that I’m not a fan of these people. In my opinion, these people prevent sick people from getting the help they so badly need and they can cost someone their life.

And writing off psychiatry as a field of medicine reminds of refusing to eat Chinese food.

Picture, if you will, wanting to try Chinese food. You maybe do some research online about a good Chinese food restaurant and consider the menu items and what you’d like to have. Maybe you set aside a special time or special funds just so you can go and eat Chinese food. You’re looking forward to feeling full and happy. 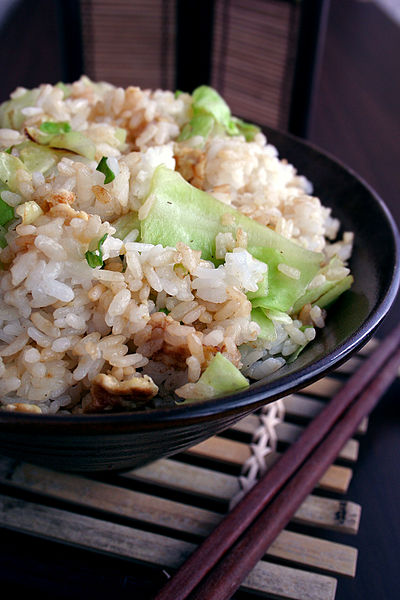 But something bad happens. You go to the Chinese food restaurant and the food is bad. The restaurant gives you bad service and worse yet, you get food poisoning! You spend two days puking up your guts and wishing you were dead.

The Problem with Writing Off Chinese Food

The problem in this situation is obvious: it was just a one-time thing that you are then generalizing to all of Chinese-food kind. You have allowed your emotional response to overwhelm your critical thinking and you have allowed it to taint a group where only judging one situation is warranted.

This is patently ridiculous.

Again, it’s the mistake of taking one situation and generalizing it to thousands of people in thousands, or maybe even millions, of situations. It’s suggesting that just because your experience was bad everyone’s will be. And it’s often the notion that you understand a “bigger truth” and “conspiracy” where others simply see people and services (mostly because that’s what they are).

And so while I believe that some doctors will be abusive (because they are people, and some people are abusive) this is hardly the case in general. People will have bad experiences with psychiatry and medications. But this is hardly the case in general. Most people use the services of psychiatry like they would use the services of any other medical field and have about as much (or even more) success. Sometimes an oncologist can’t save you. And sometimes a psychiatrist can’t save your either.

APA Reference
Tracy, N. (2012, May 22). Why It’s Ignorant to Write Off Psychiatry, HealthyPlace. Retrieved on 2022, August 8 from https://www.healthyplace.com/blogs/breakingbipolar/2012/05/why-its-ignorant-to-write-off-psychiatry

I agree with VenusH
Even cancer patients based their past experience sometimes choose a more holistic approach over a traditional oncologist with good results. It is their life and their prerogative
I'm not anti psychiatry. There are pros and cons to most situations in life. Some people's personalities are just more prone to black and white (all or nothing) thinking

Okay, I said I was done with comments, but feel compelled to say something here. I guess what I'm having a little trouble understanding is that you seem you encourage a diversity of experiences in other areas, but when it comes to talking about severe adverse reactions, that's not okay to talk about. And that person is being "unreasonable" for not wanting to risk repeating the same experience again.
The truth is that some people have had severe negative reactions to psychotropic drugs. As in, the bad reaction to the "Chinese food" is more than just a two day bug- try something that is highly debilitating for YEARS OR LIFELONG. OR KILLS THEM. Also, most good psychiatrists will acknowledge that finding the correct drugs is often a bit of a crapshoot. Given this, it seems more reasonable for a person who has had such a reaction to consider alternate modes of healing. You acknowledge in some places here that doctors often don't do a good job warning about about risk of side effects, so I'm having even more difficulty understanding why you want to so quickly write off and quiet these stories.
You do say this post is intended towards those who are "antipsychiatry", not those who are merely critical, but given how quick you were to dismiss Whittaker as antipsychiatry without even reading his book (yet took the time to write a second hand review and misrepresent what he actually says ), I have my doubts.
You probably think I'm "antipsychiatry", but just FYI, I actually do see currently a psychiatrist who I respect very much after having had a severe iatrogenic reaction that came close to costing me my long term emotional and physical health (and very hard worked for career). And I will say that he is a fancy, 5 star restaurant that not everyone can realistically afford. Go ahead and call me unreasonable, but after what I've been through, I'm not going back to any more 15 minute med check/ McDonald's style places.

What if you are allergic to soy sauce? You try chinese food once. Twice. three times.... fifteen times. And you have allergic reaction each time.
Now what is irrational... to say "well, I can't eat chinese food, so let's try Italian" or try it over and over again, with worsening results?
There are people who DON'T benefit from psychdrugs. So for them, rational things is... to try different route. Psychiatry is ONE OF routes to mental wellness, not THE ONLY ONE.

I've had both bad and good experience with the field, and found this post while trying to form an opinion about mental health studies (I'm a student). Thank you for reminding me that we can not take one experience and generalise it to an entire field, or group of people.

Natasha, I totally agree with you...and I like how you used the Chinese restaurant/food idea to illustrate things!

Hi Nick,
I would not say I dismiss people nor would I say I dismiss their experiences, I dismiss, or rather, fight against, the concept of antipsychiatry, and there is a big difference.
I have no doubt that people have had bad experiences with psychiatry and I would never deny that. I would deny that it's a good idea to write off psychiatry as a whole, which is the point of my piece.
- Natasha Tracy

You dismiss people with a little wave of your hand under the unbrella of your term 'anti-psychiatry'. Those people who call themselves 'survivors'. Those within MindFreedom, PsychRights, Mad Pride whose experience of psychiatry has been so profoundly damaging by what has been done to them in the name of 'treatment'. Those that have been forced to consume drugs against their will and the tardive dyskinesia that has been the result. You may have been lucky with your treatment. You may feel you have benefited. But if you dismiss so easily the many others that have not been so fortunate you are being dishonest. And you deserve to be rebuked even though you may wish to retain your presumptious superior attitude towards those others. Shame on you.