My Introduction to Anxiety at Age 5

"Cowards die many times before their deaths. The valiant never taste of death but once."

It was February 1977. We tumbled out of our wooden paneled station wagon, returning home from Indian Princesses, a YMCA craft and activity program to enhance relationships between fathers and daughters. 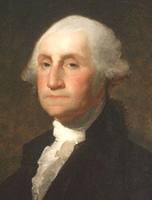 At the age of five I was as carefree as they come. The world was my oyster. I was happy as a clam. Giggling and poking my sister, I was placidly oblivious to how in the next instant the constructs of mortality would fall on me like a ton of bricks.

During that evening’s session, we learned about Presidents Lincoln and Washington. As we climbed the front steps, I haphazardly queried, “Where are the presidents now, Daddy?” If I knew the answer would be so trenchant, that life would drastically turn away from the pell-mell bliss it had been, I would have never been so nonchalant about asking. In my mind’s eye, I’m viewing the recollection from above; snow on the ground, ice on the driveway, smiles lighting up our faces. And here it comes, like a cloud covering the sun:

He winced. Uh oh. My father was less than comfortable with this topic. He comes from a large family of Italian Americans, all with excessive fears of illness and death. He panicked. I am a bit panicked just typing the memory, thinking of how I might answer this bright-eyed, rosy- cheeked soul, without crushing her. And so he crushes her.

He may have tried to answer casually, but I read the energy of his fear. He tilted his head and changed his voice to a strained whisper. I derived from his heedful expression that "dead" was bad news.

“It means you are not alive anymore.” Gulp. “It is like sleeping without waking up. We all die.”

WHAT? Mid skip, I stop in my tracks. My mind’s eye now pans in close to my face. I can see the penny drop through the look of alarm in my eyes. Instantly, the smile evaporated, hope vanished, joy disappeared. It was my initiation to dualistic discourses of impermanence. You’re either alive or you’re dead. Alive was good, dead was bad. I was fortunate enough in my young life that "bad" did not exist up until this point. And now, since "bad" existed, fear of said "bad" was brought to life like Frankenstein with the lightening bolt. A context was created for fear to settle in. And settle in it did. I felt the betrayal go straight to my heart, shattering my assumption that life was singularly happy. Introductions were made. Jodi meet fear, fear meet Jodi. Hello anxiety, how are you?

I’m not pleased to meet you!

Tears filled my eyes and loud sobs began to heave as I grieved the loss of my innocence. Hearing the wail even before she met us at the door, my mother was trying to assess what happened. She looked from my sister, who shrugged, to my father’s confused expression, to me who had now collapsed on the floor of the foyer weeping uncontrollably.

I was never the same. Time became my enemy as I assumed I would fill it in anxiety and it would be dreadful. As fear and anxiety took root in my life, the abilities to eat, sleep or be alone evaded me for years. Rumination of fearful events such as when my "time" would come and when my family might "leave" me were a constant companion. I made my mother read to me to get my mind off it. At the end of the book, the thoughts and images would return immediately, sending me into another panic. The most horrible pictures and videos ran through my mind with a vengeance. I could not imagine how I would handle it if "death," or death’s friend and ally, "illness" happened to someone close to me. I virtually was experiencing death over and over.

Have any of you felt this anxious?

[...] have all read about my anxiety: My Introduction to Anxiety and Fear of Flying. And many people have wrote to me about theirs. Sometime I feel like in [...]

[...] Fourth Of JulyOne year panic almost had me missing the fireworks. I was so anxious that I took my son, who was then a baby, and left the rest of the family on the blanket we set up [...]

Jodi,
Wow,You are a brave and amazing woman!
I would love to learn about your recommendations for kinesiology.
Oh, by the way, I too was in Indian Princess w/ my Dad that year!
Melody~

I have experienced anxiety for many years and recently discovered Kinesiology. Kinesiology has really helped me. I highly recommend it. The difference after just one session was amazing.

Awesome, Joy! What a great thing for our readers to explore!

Anxiety as an unreasonable fear traversed emotional state of everyone. This one is a common life experience. Significant is its influence in our-self global life functioning.That mean, if its intensity and duration impedes the feeling of happiness and well-being anyway. Supposing that is such, then it should to treat that uncomfortable passion in order to return the sense of joyful as crucial predictor of healthful state. Besides others, untreatment anxious leads to a depression condition, as frightening and serious mental disorder. So, it is impose a need to manage the anxiety by current psychiatric principles as soon as. When it is in question the anxiety in childood, the recommendation becomes more pressing psychiatric intervention.

What a beautifully written piece Jodi. I too have struggled trying to find places where to keep the grips of fear further away -- some times in my life I have certainly been better than other times at leaving fear, and its annoying cousin anxiety, behind. Prayer, mediation, swimming get me in that direction....And love. Miss you.
L

Thanks Lorraine! So happy to hear from you, beautiful woman! I think I you often!
With love,
Jodi

Oh, yes... I can remember dealing with terrible anxiety beginning around kindergarten, when I was told it was "wrong" for me to have imaginary friends. Seems like once anxiety has made its introduction it's a game of trying to block, or outsmart, its physical manifestations like insomnia, chest pains and jaw clenching.
Thank you for sharing your experience!

I think imaginary friends are wonderful and important for kids to have !

Hi, I am Jodi's dad, and it feels to me that Jodi didn't give the full scoop. She actually started to pack things to take to heaven with her. It was scary time watching one's happy-go-lucky daughter be so tortured.
I should have told her that old George was happily married and living on the South Island of New Zealand!
Jodi's proud dad, Joe

Thanks, Dad! I forgot about that and it made me laugh out loud!

:)
I didn't pack anything, but was writing letters to everyone, telling them not to be sad and telling them how much i love them.
As for all my things, it was well distributed. Everyone would know what he could get of my things, whether it was clothes or toys or books.

Welcome to HealthyPlace, Jodi, and thank you for sharing your life and experiences with all of us.

Thank you, Patricia! glad to be here!

Hi Maryann,
Jodi is the one who wrote this post, but because she is no longer writing for HealtyPlace, she is unable to respond to comments. I'm sure she would be quite pleased to know that you enjoyed the post.

Yes, definitely! I always laugh when people envy little kids because they haven't had "real problems" yet. As I recall, my childhood was full of real and imagined bogeymen. I had a serious illness at age 9 that nearly killed me -- it killed a little girl about my age who lived in a neighboring town. From then on I was always anxious because my life had been spared. I felt that I was supposed to "do something" with my life but didn't know what. Heavy stuff for age 9, and I had no one to talk to about it.
Thanks for this post. It gives me plenty to think about!

Thanks Nadine! I wish I could have talked to your 9 year old self. Maybe there is still something she might say?

YES!!!!!! YES I DID, I experienced it this much, sometimes maybe more. It wasn't just thoughts, but feelings and my mind would produce the FULL scenario of how it will happen, to who first, how will everyone react or feel, how will i react, what i would say and do. I used to live it, not just fear it. It was death and sickness. I was so scared that my only prayers were to get sick and die as soon as possible. My wish of every single day was to die, in order to leave before anyone i love might leave me. I have always been upset with God for not listening to me and taking m e before they died. This still didn't change.

Oh yeah, speaking of death my husband has colon cancer and had two operations, I was so scared he would die on the operating table, I didn't sleep for a month, still not sleeping. He had his first surger 8 days ago. They got all the cancer so that made me feel better. But I'm still scared of the future and losing him. I also have agoraphobia so I have a very hard time leaving my house.
Michele

Michele, I am glad it went well! Just keep saying, I'll I have to do is right this moment!