How My Bipolar Breakdown Helped Me Prepare for the Future 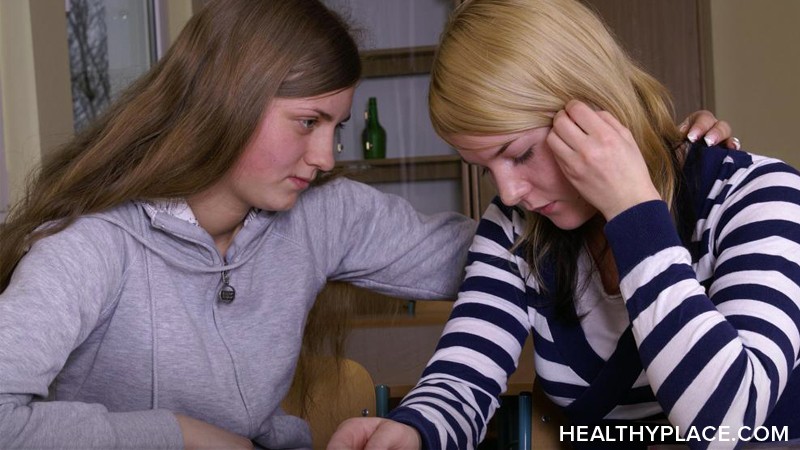 It was spring semester of my sophomore year of college when my bipolar breakdown occurred. The symptoms of bipolar 2 disorder had been present since my junior year of high school. However, I felt the best way to get rid of them was to ignore them; a decision that only added to the already existing problem.

If you're new to my blog, I'll give you a brief synopsis of what my bipolar breakdown looked like and then share how I prepare for this type of life disruption in the future.

My Bipolar Breakdown in College

As much as I want to give you a detailed description of my bipolar breakdown, the majority of it is a blur. There are even moments that I do not remember at all.

This past summer, I reunited with some of my best friends from college. These were people who were present for my breakdown seven years prior. When I had my bipolar breakdown and withdrew from school (Could My Bipolar Breakdown Been Prevented?), I passively made it clear that the events that occurred were not on the table for discussion. At the time I felt it was the best for all of us, and maybe it was, but as we got older and more distant from it, I realized that it was selfish of me not to confront the situation.

I wanted to know how my breakdown affected them and hear their side of the story. When the time came, there were many tears shed, questions answered and, most importantly, I could finally apologize for ignoring the situation for so many years. However, one part of our discussion I did not expect was learning about incidents during my breakdown that I was totally unaware of.

One of my closest friends revealed to me that while she was on her way to class, a random stranger ran up to her telling her to go to the counseling center as soon as possible. When she asked what for, the individual said, "Your roommate, Hannah, is on the ground having an emotional outburst."

Supposedly, I was on the ground outside of the school's counseling center crying in front of security officers, repeating one sentence, "I don't know what's happening to me!" I have no recall of this whatsoever. It was as if, in the blink of an eye, things came crashing down with lightning speed.

Now I can define my bipolar breakdown as collective moments, wherein the symptoms of bipolar disorder consumed me both mentally and physically.

Living with Bipolar 2 Disorder and Preparing for the Future

What I learned from my bipolar breakdown is that preparation is key to preventing an absolute collapse of body and mind. Not only did I ignore the signs of bipolar disorder, but I exhausted myself by continually trying to portray the opposite image of my reality. Smiling in front of everyone, when privately I was withering away.

In the future, I will inevitably go through some mental declines. This is a part of bipolar disorder I have accepted. Instead of fearing a future bipolar breakdown, I spend my time slowly preparing for that situation.

The biggest problem with the breakdown I had in college was that I disregarded my emotions and was utterly unprepared. I look at preparation for future disruptions as building my dream home. Every day, I add bricks, one on top of the other, that represent things like strength, positivity, and self-love. There are some days where no bricks get placed and other days where more bricks are placed. I am continually strengthening my foundation. When the inevitable storm comes again, I may lose some bricks, but when it passes, I will still be standing.

APA Reference
Blum, H. (2017, October 24). How My Bipolar Breakdown Helped Me Prepare for the Future, HealthyPlace. Retrieved on 2023, February 3 from https://www.healthyplace.com/living-with-bipolar-blog/how-my-bipolar-breakdown-helped-me-prepare-for-the-future

Changing Bipolar Stigma: The Power of Language
Bipolar Disorder in Women: It's Different for Us

JC
Our son has been diagnosed with Bipolar 1, lost a fantastic job, crashed into homelessness in less than 4 months. We tried to help, he had insurance for private treatment but he wouldn’t use it now we just can’t do anything because he threatens to kill us. I haven’t read anyone’s story that included that element “death threats” or even violence, so my thought is he must have more than Bipolar 1? He is an alcoholic. Thus, my second thought is: we just stay away like he asks because it’s not worth the possibility he actually means the threats and can’t likely carry them out because we live 2,400 miles away. from him.
I Am Bipolar vs. I Have Bipolar
Scorpire
He might come back, just give it time. I know it's hard because I am going through it myself at the moment. This is the 8th time this same person has ghosted me. She has Bipolar 1 and it's very difficult to deal with, but I love her ETERNAL and that is why I always take her back into my life... when she is ready. It's very hard to handle being on the recieving end of it! You have to give them their space and time to heal. Hopefully he comes back... just wait and see. Keep busy in the meantime, it will help alot! :)

Bipolar Disorder and Ghosting: It's a Big Problem
l
So glad I found this page, it's like the support group and therapy i never had. I'm going thru the exact same thing, still grieving, still hurting. I wanna let go but can't. Part of me wants to be there with him, yet part of me feels like i trigger him. He's gone from the sweetest being to pushing me away overnight, and he's not coming back. Whilst I know it's for the better of me too, i still worry for him. Sadly he now treats strangers better than he does me. He responds and shows up for them but ghosts me. He knows it hurts me and continues doing so. I just wish i could let go
Bipolar Disorder and Ghosting: It's a Big Problem
Leigh
Hey, I know it hasn’t been that long but are things any better? It’s been almost 2 years now and I swear I can just think about it all at any given time and start sobbing.. grr I always look sad and scared now, because I am 😞 I never used to be scared or I could always force myself, I don’t know how to live again now life is just pain management and trying to be ok but I’m failing
Bipolar Disorder and Ghosting: It's a Big Problem
Katelee
I appreciate it, I couldn’t justify ghosting someone I lived with because it’s what I need at the time then set new unfair boundaries on a long term relationship. If I get into another relationship one day or ever cared about a person in anyway I couldn’t do that to someone knowing how painful it is. I just feel used and hurt all the time and it’s cost me everything I ever worked for as far as emotional growth, self worth, career, mental health.. I never imagined how low she would sink and now it’s like everything I knew about this person I thought was forever was a lie.. it’s such a horrible way to live.. you can empower ghosting and silent treatment all you want it’s selfish and manipulative.. but I’m not here to hate on you.. I just want to feel normal and not have ptsd and be able to move on from the hurt
Bipolar Disorder and Ghosting: It's a Big Problem
advertisement